Eileen Ormsby is an Australian writer, journalist, sometimes travel hacker, and blogger of All Things Vice. Her new book, Silk Road (Macmillan Australia, ISBN: 9781742614090), tells the story of the online drug cartel dubbed “the eBay of drugs”. Orsmby was recently in Portugal presenting on drugs and the internet to a conference run by the European Monitoring Centre for Drugs and Drug Addiction.

Rob Fenwick is an environmentalist, retired businessman and company director. He co-founded Living Earth the country's main metropolitan compost producer and campaigned for waste reduction legislation which resulted in the Waste Minimisation Act, and has been chair of the Government's waste advisory board since its inception. He co-founded and led the Progressive Green Party and later the BlueGreens movement in the National Party. He's been chair of Antarctica NZ since 2008 and established the Antarctic Research Institute for climate change science after securing a five million dollar grant from philanthropist Julian Robinson. He is chairman of Save the Kiwi Trust; an advisor to the Dept of Conservation and was instrumental in the creation of the Predator Free New Zealand Trust, which unveiled the first stage of its vision at the A Place to Live conference in Whanganui earlier this week.

Surgeon and writer Atul Gawande is a surgeon at Brigham and Women's Hospital in Boston, a professor at Harvard Medical School, director of health system innovation centre Ariadne Labs, chairman of safe surgery nonprofit Lifebox, a staff writer for The New Yorker, and author of three best-selling books. His new book is Being Mortal: Illness, Medicine and What Matters in the End (Profile, ISBN: 978-1781253946).
(Also listen to Atul Gawande's interview with Kim Hill from 2012.) 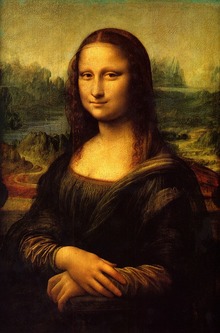 Arthur Tompkins is a District Court Judge, and member of Interpol’s DNA Monitoring Expert Group. He has a special interest in crimes involving artistic masterpieces, and will discuss the 1911 theft by Vincenzo Perugia of the Mona Lisa.

Victoria Spackman is an owner, and chief executive, of the screen production company Gibson Group. She is a director of Screenrights in Australia, and has served six years on the board of the Screen Production and Development Association. She has been chair for twelve years of BATS Theatre Limited; the Wellington theatre reopens its Kent Terrace space this weekend after extensive renovation.

Jolisa Gracewood is a writer, editor and reviewer. Susanna Andrew is the books editor of Metro magazine. They are the editors of Tell You What: 2015 (Auckland University Press, ISBN: 978-1-869408244), a collection of some of the best recent New Zealand nonfiction writing. It will have its Wellington launch, with tag-team readings from the editors and Elizabeth Knox, Giovanni Tiso, Sarah Bainbridge, Tina Makereti and others, on 22 November at Moon (Riddiford St, Newtown).

Supergroove: Can't Get Enough
The 1994 single from the album: Traction
(BMG)
Played at around 10:25

Aldoc: Elephant Movement
From the 2014 album: From Tallaght to Halle
(Aldoc Records)
Played at around 11:45