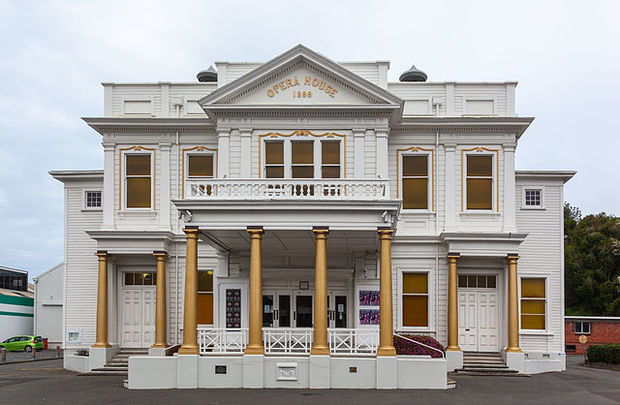 Kim Hill was also in Whanganui to moderate sessions at the national event A Place to Live (16-19 November), building on themes from the 2012 Transit of Venus Forum.

Annette Main has been the Mayor of Whanganui since 2010 and is the Chair of the Whanganui Digital Leaders Forum. For the past three years, the city has been the first and only place in New Zealand to make the Smart21 list, organised by the Intelligent Community Forum, which recognises communities around the world which have taken conscious steps to prosper in the broadband economy. Marianne Archibald has led the development of the city's digital and broadband strategies and is working alongside the Mayor to make Whanganui a leader in the digital world.

Dr Tahu Kukutai is Senior Research Fellow at the National Institute of Demographic and Economic Analysis - Te Rūnanga Tātari Tatauranga at the University of Waikato. She is one of the authors of the Royal Society demographic study, Te Pae Tawhiti (Our Futures)

Graeme Langford is the Emergency Management Officer for the North Island at New Zealand Red Cross. He is running the incident management team and supervising volunteers for the “Cyclone Cindy” exercise taking place in and around Whanganui (including the Opera House) from 14 to 16 November. Asadullah Rezaie, a former refugee from Afghanistan, is a Red Cross volunteer assisting with the exercise.

Martin Visser is a Whanganui City Councillor. He is developing a social progress and life-quality survey of New Zealand towns and cities, based on the Harvard work of Michael Porter, and is researching and sizing worldwide markets for biotech and other start-ups.

Nancy Tuaine is the chief executive of the Te Oranganui Iwi Health Authority, and a former member of the Whanganui River Maori Trust Board.

Dr Eric Dorfman is the director of the Whanganui Regional Museum.

Dr Mike Dickison is Curator of Natural History at the Whanganui Regional Museum. He will talk about the museum’s moa collection and 3D scanning project, the illicit trade in moa bones, and the Wiki Wednesday project for updating Wanganui pages.

Errol Christiansen has been involved since 2011 in the rejuvenation of the Wanganui Orchestra, a community group comprised of local musicians, which he conducts. The orchestra’s leader, English violinist Oliver Howard, is a junior doctor in anaesthetics at Wanganui Hospital, and will join opera singer Deborah Wai Kapohe as a special guest for the Orchestra’s Summer Romance Concert at Wanganui Collegiate School (4:00pm, 15 November).

Katie Brown is a glass artist and co-director of Chronicle Glass Studio and Gallery, which occupies part of a 1912 building that was originally home to the city's newspaper.

Paul and Mark Rayner are ceramicists who have been exhibiting their own work, and that of other artists, for the past seven years at Rayner Brothers Gallery. Their final exhibition for the year, Double Vision, features over 40 artists and more than 100 artworks (14 November to 20 December).

Jack Mitchell-Anyon runs the music venue Space Monster, presenting a range of bands from Whanganui, nationwide and overseas on an irregular basis. The next concert will feature Delaney Davidson and his band (20 November).

Itzhak Perlman and the Berliner Philmarmoniker, conducted by Daniel Barenboim:
Beethoven Romance No. 1 in G Major
From the album: Beethoven Violin Concerto
(EMI)
Played at around 11:15

Lawrence Arabia:  Travelling Shoes
From the 2012 album: The Sparrow
(Honorary Bedouin)
Played at around 11:40

Delaney Davidson: The Beast in Me
From the 2014 album: Swim Down Low
(Outside Inside)
Played at around 11:55