Saturday Morning for Saturday 31 May 2014

Pollyanne Peña is the Centre Coordinator for Shakti Ethnic Women's Refuge, and runs the Wellington Young Feminists. She will discuss the Twitter hashtag on misogyny, #YesAllWomen, which trended worldwide after the killing spree by Elliot Rodger in California this week.

Chris Rainier is a National Geographic Society Fellow who has spent his career documenting endangered cultures and working as a photojournalist covering conflict, war and famine in such locations as Somalia, Sudan, Cambodia, Bosnia and China. He co-founded and is the present co-director of the Enduring Voices Language Preservation Project, and is director of the Last Mile Technology Project which brings solar power, internet, media training and technology to under-represented cultures. He is lead judge for the Nikon Photo Contest at the 2014 Auckland Festival of Photography, will present at the Festival’s Talking Culture Cultural Memory Symposium (31 May), give two solo talks (30 May and 2 June), and participate in the Festival’s portfolio reviews (2 June). 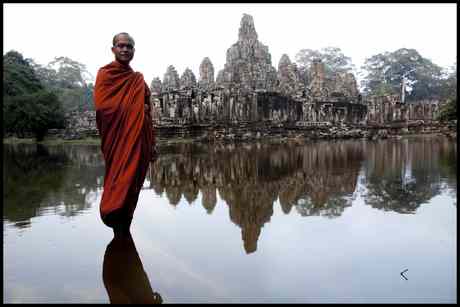 Dr Clemency Montelle is Senior Lecturer of Mathematics at the University of Canterbury, a Principal Investigator at the Marsden Fund (2011-2013), and a Rutherford Discovery Fellow (2013-2017), reading original texts in the Exact Sciences in Greek, Latin, Sanskrit, Arabic, and Cuneiform.

Lorrie Moore is an American short story writer (Self-Help, Like Life, Birds of America) and novelist (Anagrams, Who Will Run the Frog Hospital?, A Gate at the Stairs), and is Gertrude Conaway Vanderbilt Professor of English at Vanderbilt University, Nashville, Tennessee. Her first new collection of stories in fifteen years is Bark (Faber, ISBN: 978-0-571-27391-1).

On Saturday 31 May 2014 during Great Encounters between 6:06pm and 7:00pm on Radio New Zealand National, you can hear a repeat broadcast of Kim Hill’s interview from 24 May with Sheila Natusch. Previous interviews with Sheila are available on this Collections page.

Boston Symphony Orchestra conducted by Sergey Koussevitzky: Ravel: Bolero
From the album: Pictures at an Exhibition
(Naxos Historical, Cat. No. 8.110154)
Played at around 9:45

Taverner Consort and Taverner Choir conducted by Andrew Parrott: Spem in Alium
From the album: Tallis - Latin Church Music
(EMI)
Played at around 10:15

Hariprasad Chaurasia: Raga Jhinjhoti
From the compilation album: Maestro of the Indian Flute
(Saregama)
Played at around 10:25

Klein Four: Stefanie (Ballad of Galois)
From the album: Musical Fruitcake
(CafePress)
Played at around 10:40