Saturday Morning for Saturday 24 May 2014

Harriet Sergeant is a journalist, author and Research Fellow of the Centre for Policy Studies, a free-market neoliberal think tank, where she has authored five reports for the Centre for Policy Studies on immigration, management in the NHS, health tourism, children in the care system and education. She has written four books: on South Africa under apartheid, a history of Shanghai in the 1920s and 1930s, a memoir of Japan, where she lived for seven years, and most recently Among the Hoods: My Years with a Teenage Gang (2012, Faber). She will discuss the impact of UKIP on British politics, and what results from the local body elections in the UK mean for the European elections.

American journalist Claire Shipman is the senior national correspondent for the ABC television programme Good Morning America, and blogs at the website True/Slant. With fellow journalist Katty Kay she is the author of the 2009 book Womenomics: Work Less, Achieve More, Live Better, and new book The Confidence Code: The Science and Art of Self-Assurance - What Women Should Know (Harper Business, ISBN: 978-0-06223-062-1), which they adapted for the article The Confidence Gap in the May issue of The Atlantic magazine. Take the Confidence Quiiz here.

New Zealand evolutionary biologist Alan Cooper is Director of the Australian Centre for Ancient DNA at the University of Adelaide. His paper on the evolutionary history of the kiwi was published this week in the journal Science.

David Haywood has a Ph.D. in engineering and lives in Dunsandel. He writes the Southerly blog for Public Address, and is the author of the collection of humorous essays My First Stabbing, the children’s book The Hidden Talent of Albert Otter, and The New Zealand Reserve Bank Annual 2010 (all publicaddressbooks.com). He will discuss biofuel possibilities in New Zealand and the moral philosophy of toilet flushing. 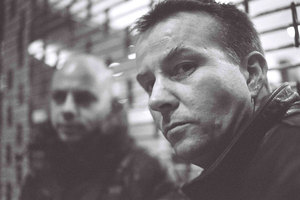 Daniel Scotford, aka DJ Danny Lemon, has worked at a variety of jobs including window dresser, power meter reader, bus driver and union delegate. He owned one of the world’s largest and most significant collections of reggae music until around 8500 of his records were destroyed in a fire at a storage facility earlier this year. He will be the beneficiary of the Roots Foundation Rockers Sermon fundraising gig on 1 June at Wellington’s San Francisco Bath House.

Sheila Natusch is a New Zealand historian and natural science writer who has authored more than 30 books, including Animals of New Zealand, Letters From Jean, The Cruise of the Acheron, Hell and High Water: a German Occupation of the Chatham Islands, Native Plants, On the Edge of the Bush: Women in Early Southland, and Wellington with Sheila Natusch. She is the subject of a biography to be published later this year, and of a film documentary, No Ordinary Sheila, directed by Hugh Macdonald, which is currently in production.

The Delfonics: La-La Means I Love You
The 1968 single from the compilation album: The Definitive Collection
(Camden)
Played at around 10:20

Donnie Elbert: Can’t Get Over Losing You
The 1970 single from the 2011 compilation album: The Very Best of Donnie Elbert
(Master Classics)
Played at around 10:30

The Abyssinians: Declaration of Rights
From the 1976 album: Satta Massagana
(Heartbeat)
Played at around 10:40

Donald Byrd: Dominoes
The 1976 recording from the compilation album: Best of Jazz Funk
(Mastercuts)
Played at around 10:50

Howie How and Little Carlos: Paradise
The 1994 single
(Nu Groove)
Played at around 10:58