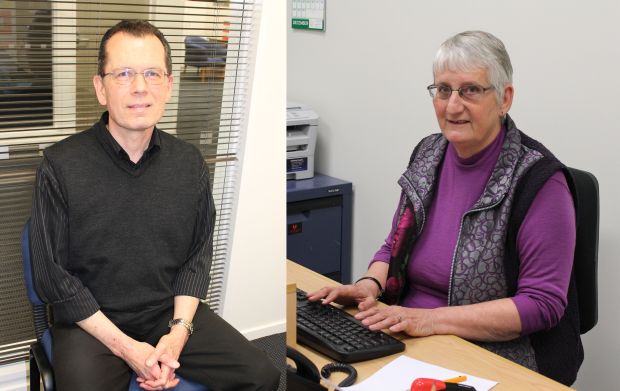 Some call them "100% people". Others might use the phrase "unsung heroes". Either way there are plenty of people out there who contribute their time for free to help others and the disability sector certainly has its share.

December 5 was International Volunteer Day and Karim Baradi of the Disabled Persons Assembly (Christchurch) says it’s important that volunteers get their due.

"I think they're pretty under-recognised for all the work that they've done for disabled people. I think there's a case to be said that they should be recognised for their volunteer work [and] by having the International Day of the Volunteers, that's one way of doing that."

The Manager of Volunteering Canterbury, Ruth Gardner, says her organisation gets 200 new people registering each month and many are keen to work in the disability sector. She says volunteering in any organisation can be very rewarding. "I think its [...] that you know you're doing good and you're not expecting anything back so it's something that really gives a you a warm fuzzy." And she says the impact of volunteering on communities can be far reaching.

"You're helping to make the world a better place in however small a way."

Looking back over recent programmes, South Island One in Five presenter, Katy Gosset, has found volunteers are a mainstay of many disability organisations. And she's encountered them everywhere from Central Otago's Cardrona Alpine Resort to Sumner Beach and Riding for the Disabled's indoor horse riding arena in Christchurch.

At Cardrona's Adaptive Snow sports Programme volunteers undertake very technical training to guide disabled skiers using tethers, mono skis, bi-skis and other equipment. One local, Damien Frires, uses a mono ski to get around the mountain but says he first spent several weekends learning the skills with a team of volunteers. "This is one of the only sports where you could actually go as fast as your able-bodied friends and, for there to be a programme here helping people do, it is just wonderful. I can't think of a better thing that people can do."

Chrissie Trent has long volunteered with Riding for the Disabled in Christchurch and says its satisfying to see her clients grow in confidence. "You feel like you're giving something back to the community and [...] it's just so rewarding to see the difference."

Canterbury man, Phil Humphreys is also a long-time volunteer with Parafed. He says the organisation grew from a volunteer base and, while there are now some paid members, the majority are still volunteers who do a great deal for their community.

"10 % people, we call them. Some of them get paid and other people do it because that's what they like doing, just giving back and helping out."

That same instinct led Christchurch's Sumner Longboarders Club to hold a Surfability Day for local people with disabilities earlier this year. A spokesperson, Peter Mannix, says it was an "easy sell" to members who were eager to give back to the community.

"Everyone was behind it straight away. It didn't take much persuading. We like to do something every year that takes us out of the water and helps contribute to the community."

Mark James, who has a spinal injury, was among those benefitting from the day. "I haven't had the chance since the accident [...] to get back in the water and it's an absolutely amazing opportunity."

It was 10.00am on Wednesday the 26th of November. Keston Ott-Dahl and her family arrived at the Walt Disney Company's Burbank Studios with a petition containing more than 70,000 signatures.

"They sent a rep out to pick up the petition which was five books, so it was awesome."

The petition, which has attracted support from around the world, calls for Disney to make an animated film hero who has Down Syndrome. Ms Ott-Dahl's daughter, Delaney, has the condition and she wants her to grow up seeing other people like herself in movies.

Having forewarned Disney of her arrival, she says the company was ready and sent the representative out to accept the petition on its behalf.

Ms Ott-Dahl says, while this was a short meeting, the representative interacted with her children and she was also pleased to have received an earlier, "very gracious" letter from Disney. "The fact that they answered me in the first place was monumental [...] so I considered it a very nice gesture on their part."

The letter said the Disney brand had always been inclusive, with characters that were universal, relatable and relevant to everyone and stories that reflected acceptance, tolerance and celebrated the characters' differences.

The company said it consistently strove to live up to that legacy by continuing to create stories with inspirational themes but that also reflect the diversity of human experience. It assured Ms Ott-Dahl that it remained committed to creating characters that are accessible and relatable to all children.

Keston Ott-Dahl says other producers have approached her, expressing interest in creating characters with Down Syndrome. But she says the on-line petition remains open and she will continue to send signatures to Disney as she collects them.

"I'm going to watch them and see what they do, I mean I'm not going to let it go. I'll keep on them until they do [...] represent all children, so I'm not quitting."