Going shopping in Taranaki has just become easier for the 29 per cent of its population who live with a disability.

The Taranaki Disability Information Centre (TDIC) has been running a campaign encouraging business owners to re-jig the layout of their shops, provide seating, use easy to read signage and labels and make entrance-ways more accessible. 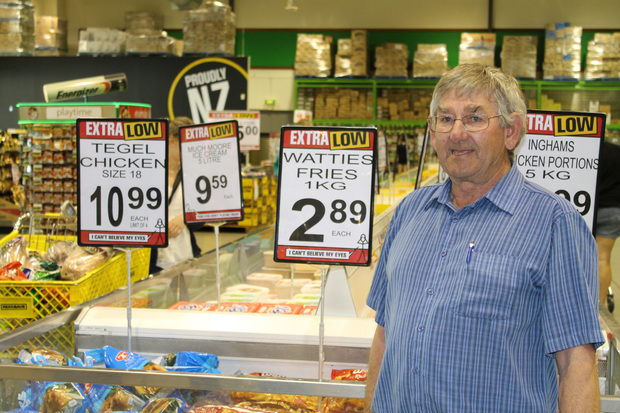 Even business cards are being checked to see if they've been designed with everyone in mind.

Fifty businesses in New Plymouth have been assessed and now the programme is being rolled out across the province; to Waitara, Eltham, Hawera, Stratford, Inglewood and Opunake. Awards are being given to the most accessible businesses.

TDIC general manager Brian Erikson says businesses are assessed and are given feedback on where improvements could be made. Shop-keepers are given the opportunity to take part in disability awareness training.

He says at the beginning of the campaign he walked up New Plymouth's main street with a friend who was in a wheelchair.

Of the 30 businesses they approached, his friend said he wouldn't go into 15 of them. "And I thought, Man, there's people probably in the shops waiting for him to come in but not realising they need to do something about their entrance or when they get into the shop, have somewhere that he and the wheelchair could go because he wouldn't feel uncomfortable going in the shop and knocking over things."

Brian says the campaign has been a great success and he expects business will increase for shops that have become more accessible.

"There are no demands to do anything just suggestions…It's a really good campaign because if you haven't had a disability or haven't had to get around a shop with a disability then you don't know and that's the biggest issue - a lot of people don't know."