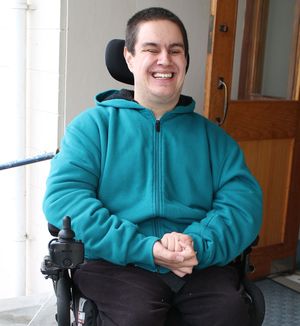 Tyler Lamont has been choosing how he spends his disability services funding under Enabling Good Lives. Photo: Katy Gosset/RNZ

Two years ago Tyler Lamont took the reins of his own life.  A school leaver who lives with a disability, he joined a pilot funding scheme called Enabling Good Lives (EGL). The programme is a collaboration between the Ministries of Health, Education and Social Development and it changes the way his care is funded.
Essentially he can now choose how to spend the money he is eligible for and decide which disability services and activities he buys, as opposed to using a set provider. For Tyler it's meant travel, public speaking opportunities and some fun nights out with carers who are roughly the same age as him. Most recently he has started a course in Maori Language at the Christchurch Polytechnic Institute of Technology. "The best thing is I got to make my own decision as to what I could do for my future like going out to parties or to the horse races."
Tyler's mother, Andrea Lamont, agrees it's been a big change. "For Tyler it's been fun. He's really, really happy about what he chooses to do.  And she says it has widened their minds to different options, including a recent trip to Japan.
"We would not have got there, I think, if it wasn't for Enabling Good Lives, just our thinking that "Hey, Tyler wants to do this, let's give it a try.""

The "Business" of Tyler's Life

But Andrea Lamont admits EGL has also created a lot of extra work. There are carers to be organised and paperwork to be dealt with. "It's like having a small business at home." She says it can be tiring and she is not covered for what being an employer entails. Andrea Lamont says there can be other hidden costs such as Tyler's carer needing to take her van when he goes out for an activity, leaving her without a vehicle. She also says that, although they get reimbursed for Tyler's activities, as a single mother, she sometimes doesn't have the money to pay for the activity up front. "All those other costs for Tyler to go out five days a week doesn't add up to actually what we get." 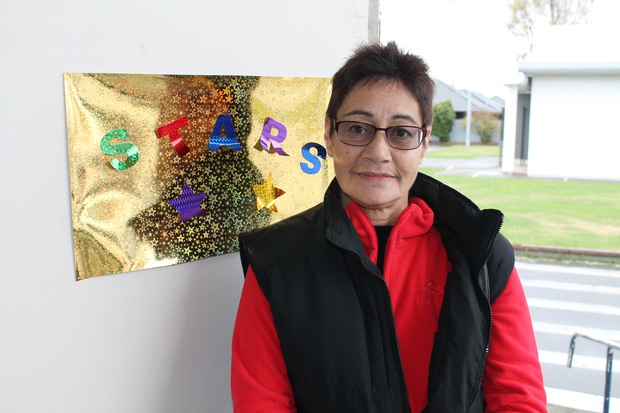 Tyler realises the system has created more work for his mother but he is unable to help more as he can't see or read the criteria. "So that's why I rely on my mother to help me do it and that makes me feel sad that she has to do most of the work." Andrea Lamont says if a carer gets sick it can also disrupt their plan for the day and she then needs to join Tyler in his activity. She says the system is complicated and would be challenging for many. "A lot of people, because it is too hard, they won't ask [for help] so they'd rather not use the system. "
However says, while it takes a lot of organisation, she says EGL is an improvement upon the way Tyler's funding operated before. And the main aim of joining the programme has been achieved: "Tyler is happy and that's what it is all about."

A Model for New Zealand

Enabling Good Lives is currently being trialled in Christchurch and the Waikato and its Christchurch director, Gordon Boxall, hopes it will ultimately expand across the country. He accepts that some of the criticism directed at the scheme is valid but says there have been some complexities associated with the three Ministries working together.
"Some things are going to work, some things won't work so well. That's the advantage of having a demonstration so we can just trial it in a small way and learn from the lessons as we go".
Mr Boxall says, with individualised funding schemes, a disabled person is traditionally reimbursed after an expense has been incurred. However he says, the organisation has now introduced a system whereby parents can receive the funding in advance and present evidence of an expense later. He also says existing providers are also keen to adapt their services to suit those using Enabling Good Lives. 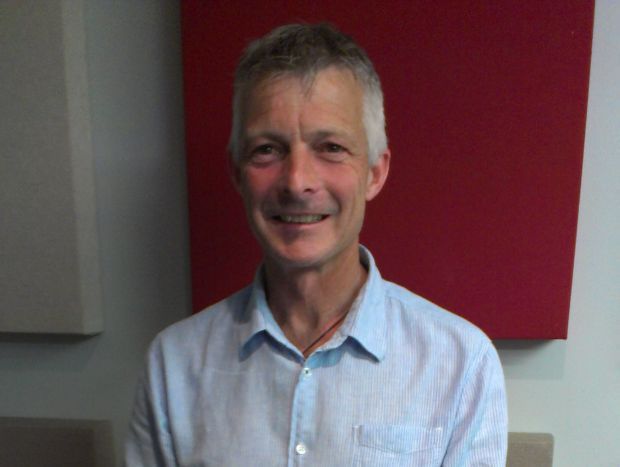 Mr Boxall says, when the programme was announced in 2013 by the then Minister of Disability Issues, Tariana Turia, she described it as a "once in a generation opportunity to shift the power and the control towards disabled people and families." He believes that, by the end of the demonstration in mid-2016, the programme will have produced evidence of some good outcomes for its users. And he's confident that it's the best possible funding model. "I'm absolutely convinced that [the] Enabling Good Lives approach is the way forward for disability services in New Zealand."

Reaching for the Stars 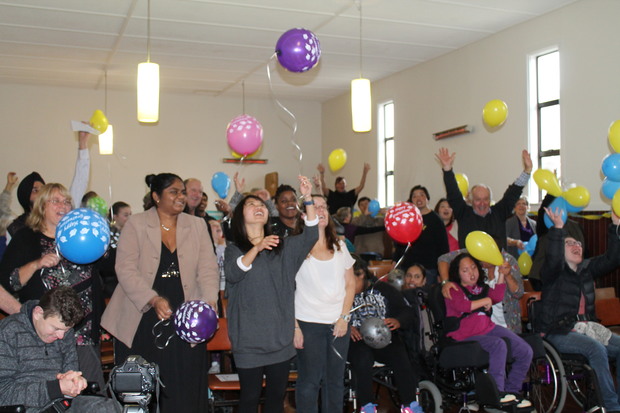 We all like to choose our friends and, when it comes to carers, many members of the disability community would like some say in that too. Now Enabling Good Lives has given them that opportunity but, as the Lamonts have found, it can be hard to find a carer. And that's where STARS (Seeking Talented and Resourceful Supporting Actors) comes in.
Dr Annick Janson has a child with a disability and recently attended a conference on creative recruiting in the United Kingdom. She brought the idea back to New Zealand and set up STARS to make it easier for families to find carers.
She says placing an advertisement in a newspaper or online, and subsequently going through an interview process, can often cost a family up to $500 and then there is no guarantee that the person will stay in the job. "After this enormous amount of money, time, energy, that you spent you still were under the danger that these people would leave a week later and say "Sorry, it's not for me."" 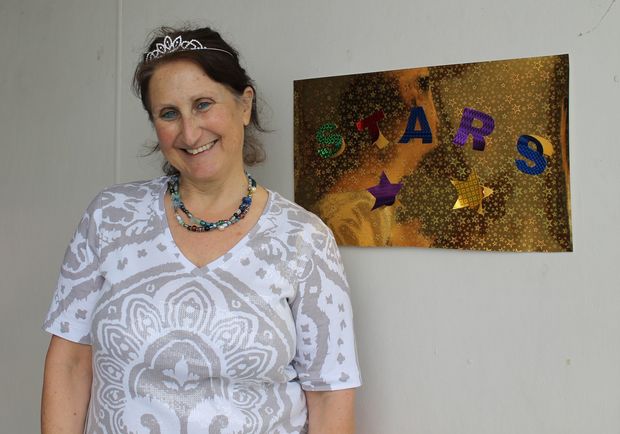 Dr Janson says the STARS concept brings a group of would-be carers together with the disabled clients and their families over a series of weeks and allows them to interact naturally. She says they aren't necessarily people who are trained in social care but believes "You can't train for attitude." "We want people with the right attitude and we can give them a lot of training about everything else." Dr Janson says, using this system, natural connections are formed.
"You always miss a heartbeat when you see someone appreciating your child [] and, you know, just connecting to them on a human level." And she believes carers who understand the person they will be looking after from the beginning are more likely to stay on.

Going on a Date 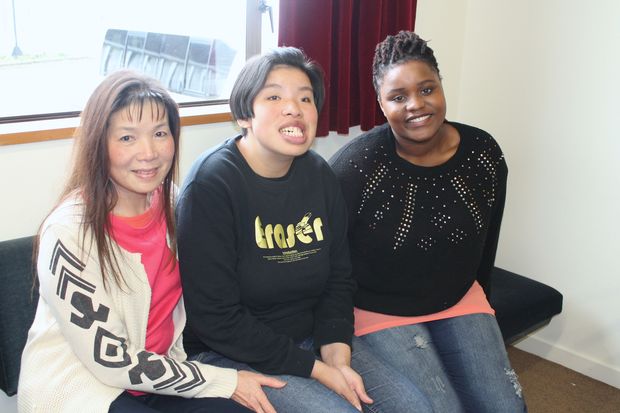 About 200 people attended the series of training workshops which included a "speed dating" event for families and potential carers. Andrea Lamont says it was a great opportunity to meet people who might look after Tyler and the pair came away with a number of potential names. For Tansy Ken, the speed dating brought fast results. She met a suitable support worker for her daughter, Jennifer, on a Saturday, conducted a detailed job interview on the Sunday and had the carer working with her daughter by Monday. "[I was] not mucking around because I was really looking for a support worker for my girl. "She says it was hard to find carers through advertisements and the STARS scheme was a great success. She has also been talking with another trainee carer, Nelta Jachi, about doing some activities with her daughter. Ms Jachi says the workshop was a valuable experience and she is now interested in working as a carer. "I discovered "Oh, this is what they're after - I can do that."" She says she has some life experience in this area as her younger sister needs 24 hour care.
Annick Janson believes creative recruiting is the best way to address what she sees as a gap in the system and says she will be running more of these events in the future.