Getting On With It

A tale of lawnmowers, love and living with a disability 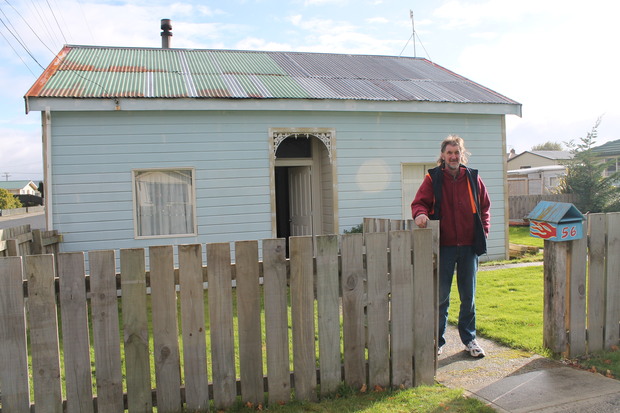 When you spot Andrew Williamson's mailbox it's the first sign that the Milton man is fond of speed.

For four years he made his mark at Dunedin's Beachlands Speedway, attracting fans and some sponsorship from Tiger Woods' former caddie, Steve Williams. He also shocked spectators with a dramatic crash at Invercargill's Riverside Speedway a year and a half ago.

"I struck a rut and got sucked into the wall and went high as a wire fence."

The impact also knocked him unconscious.

"I was busy counting sheep with my eyes closed. The commentator down there, he was speechless because he knows that I've got MS and he's very supportive of me."

To the surprise of many, Mr Williamson returned to the track, after a stand-down period, but later made his own decision to quit racing as his condition made it more challenging. But he wasn't about to put the brakes on. 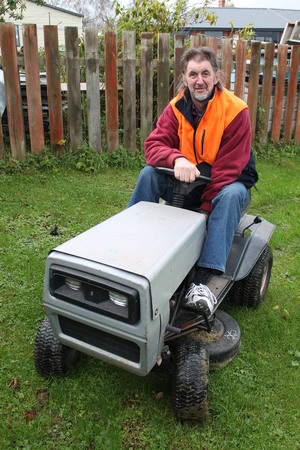 Andrew Williamson's new plan is to take up lawnmower racing in the Southland area and he has been building up a stable of ride-on mowers. He says one has already been to Lawrence to get "hotted up".

"Don't want to go too fast, you've got corners, as well, to get round."

The sport is popular across North America and there are already established. New Zealand clubs in Feilding, Bay of Plenty, Taranaki and Omokoroa. Mr Williamson says he's had plenty of interest from people in Otago and Southland

"Everyone is looking at giving it a crack."

Andrew Williamson says having multiple sclerosis means he's got used to finding new ways to do things. But the initial diagnosis almost 15 years ago came as a shock. He had been experiencing problems with his vision and says his doctor was looking for a brain tumour but instead came back with a diagnosis of MS.

He says the physical changes have included his left leg not working properly and difficulty in speaking when he is tired or stressed.

"I know what I want to say but I either cannot get my words out or I have a wee bit of trouble."

Mr Williamson was living in Christchurch at the time and says his then wife couldn't handle the situation and walked out. He found support from within a local hot rod club.

"The first thing I had to do was accept that I had MS – that was hard but I got there."

He has since shared with others what he has learned about the health system as well as his own philosophy of  thinking outside the square. But he says living with multiple sclerosis can be a lonely existence. 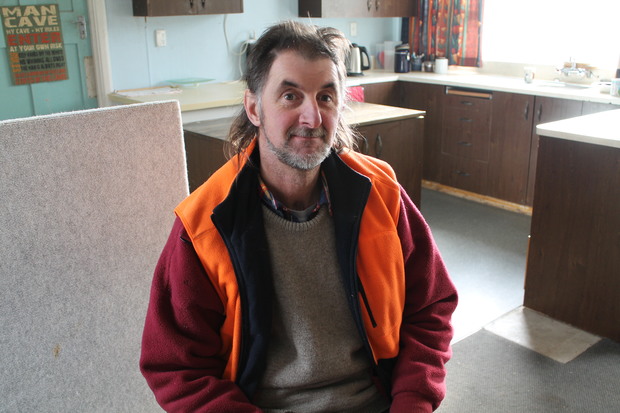 "It's nice to sit around the table and talk to someone at night. It's nice to cook a meal for someone." But he says women were often put off by his condition. "As soon as you tell them that you've got MS, they run, they bolt."

And he says while he "gets on with it" and maintains a positive attitude, at the end of the day, "a cuddle would be nice."

"We all need a cuddle at times, we all need a pat on the back to say "Everything's OK, you can do it. But once again, unfortunately, with me having MS, they don't want to touch you, so yeah, it hurts."

Ultimately however Andrew has found romance with an old friend who works at the Riverside Speedway. His fiancee Marion Turner, says, in December, he went down on one knee in a romantic proposal that had her in tears.
"As he says, life's too short so you grab it with both hands and go for it."

And she says she's learning about the impact of MS on her fiance's life.

"He told me he had MS and I said "So, it doesn't matter, that doesn't make you any less of a man."

And Ms Turner says he has already changed her life for the better.

"Every day's different with him, his personality, he's got a real good sense of humour, you never know what he's going to do from one day to the next."

But she is aware that the MS means Mr Wiliamson becomes fatigued easily and she believes the lawnmower racing will be safer for him than the speedway.

"At least I know he's not going to get hurt. I want to have him around for a few more years yet!"

And she's not averse to giving the new sport a go herself.

"I've got plans to have one for myself – keep it in the family, eh?"

But Milton may not be home for much longer – the pair are now house hunting and planning a move to Invercargill. 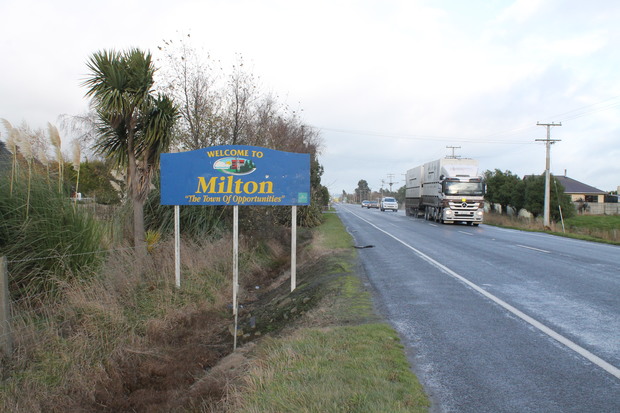