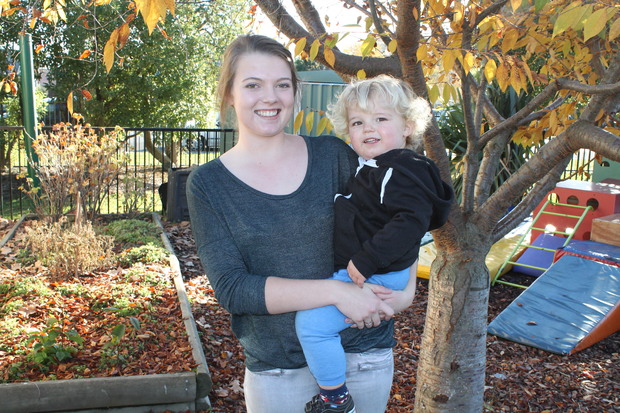 Brooke Gray is a mother, a student at Karanga Mai Young Parents College and, most recently, a photographer.

Down the track, she'd also like to be an English teacher and now, thanks to a photographic workshop run by herstory founder, Chrissy Irvine, she has the confidence to do so. The Christchurch photographer paired young mothers with older mentors who were working in careers of interest to the younger women. 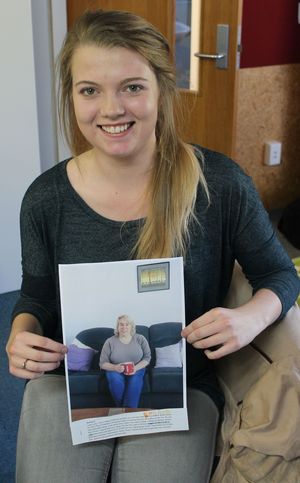 Brooke Gray with one of the images from her herstory photography project Photo: Katy Gosset/RNZ

Brooke was matched with mentor Vicky, an English teacher at Kaiapoi High School, and completed a photo essay about her life and experiences.

"We have interviewed women that had their children young and carried on to become successful and then we did photo shoots."

They transcribed and edited their interviews to make an accompanying text for each photo.

Brooke said Vicky was determined to achieve her goal.

"From a young age she had a desire to be successful. She was one of only a small group that stayed at school until Year 13."

Like Vicky, Brooke has a talent for English and found she could relate to her mentor's motivation.

"The thing that was most important for her was to make a good life for her son and that's what inspired her to go to uni and become a teacher...It's nice to see that she's been so successful in her life."

Brooke also wants to create a great life for her son, Max.

"I didn't think, as such, that I wouldn't be successful because I had him. He doesn't [affect] what I do or don't do. He just does it alongside me" 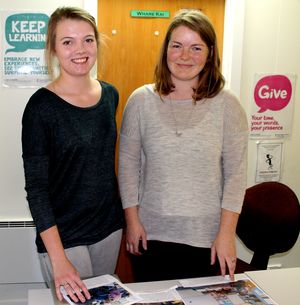 She said she was appreciative of the opportunities Karanga Mai had offered, like the herstory workshop.

"I love it, I definitely love it. If it wasn't for here I wouldn't have any of the opportunities I've had and I'm incredibly grateful."

Brooke enjoyed the photographic project and said hearing Vicky's story in detail made her own goals seem more accessible.

"It's do-able, she's put it into a do-able goal - you go to uni, get your job and you do it all with your son. She's just made it sound more achievable."

When Courtney Watts met Tasha Pearce, she said they "clicked really well" and she could relate to some of her mentor's early experiences. 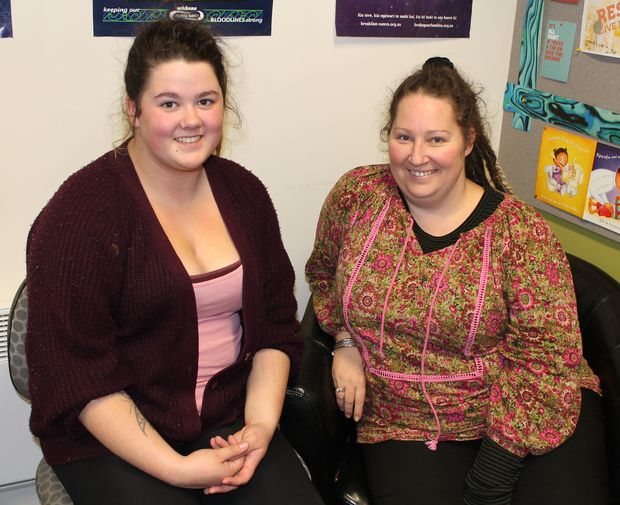 Like her, Tasha had been a young mother and she now works in the career Courtney wants to pursue: social work.

Courtney said, when she fell pregnant, she felt judged by other students at her previous school.

"It was quite hard to feel like I had someone to lean on." But she said that was not the case at Karanga Mai where she was well supported.

"When I was pregnant it gave me the push to get my life on track and get my qualifications so I could provide better for my daughter."

She said she loved studying alongside other young parents.

"Our backgrounds are all so different but we all stick together. Everyone's got your back, no matter what happens, which is really nice."

It also helped to have her daughter, Sophia, learn alongside other children who were going through the same stages. 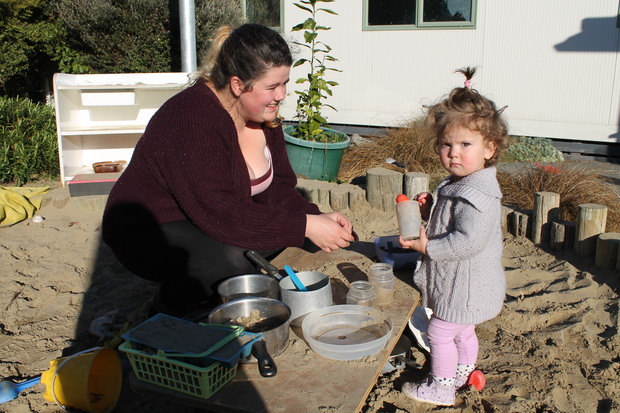 A young mother, Courtney Watts and her daughter, Sophia in the creche sandpit Photo: Katy Gosset/RNZ

The herstory project was a chance to learn more about social work, but Courtney said she was a little anxious about meeting Tasha, who is also a local singer and musician

"I was real nervous about speaking to her because obviously I'd never met her before but it was just easy."

"She's had a lot more difficulties than I have but she's done it so I feel like I can definitely do it after talking to her."

"Chrissy definitely made the perfect match!" 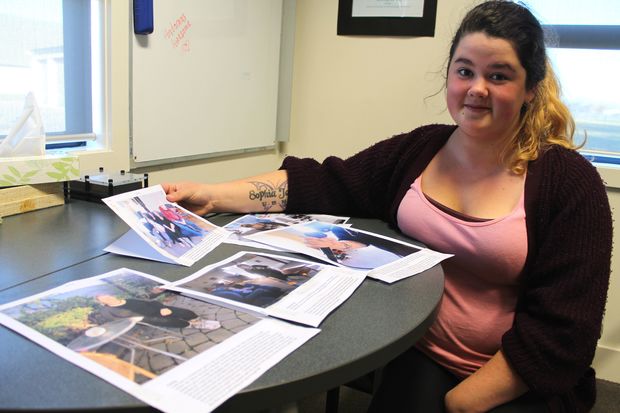 Courtney Watts and the images from her photography project Photo: Katy Gosset/RNZ

"The Legacy of Karanga Mai"

For Tasha Pearce, when it comes to anything involved with Karanga Mai, it's personal.

"I was very excited because I've got a history with Karanga Mai so I was very keen to support it."

Twenty two years ago when she had her first child, the young parents college didn't exist but Karanga Mai had just started up as a support group and she was one of its first members. "There was a little ad in the North Outlook saying "Are you a young mum, do you want some support and [to] meet other young parents ?"" 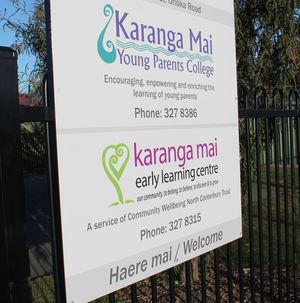 Karanga Mai Young Parents College is based in Kaiapoi and supports up top 30 young people to continue their education Photo: Katy Gosset/RNZ

Tasha had tried Plunket groups but felt uncomfortable because, at 17, she was much younger than the other mothers.

"Twenty two years ago, having a child at 17 wasn't as well-known as it is now so the young mums group was just brilliant. I loved it."

There were five young women who met once a week. "We would just sit and have coffee and just chat and our babies played with each other."

It was at that same group that the young mothers were asked what they wanted to do for a career. Tasha said "no one had even thought about it". She had "a colourful past" that had prevented her from becoming a teacher and she feared the same would happen with her next choice career. However she says a social worker persuaded her otherwise. 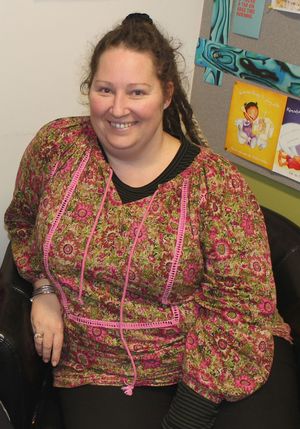 Tasha Pearce is a social worker and singer and now a mentor to Courtney Watts Photo: Katy Gosset/RNZ

Tasha continued to be involved with Karanga Mai when it opened as a college and staff supported her, even  throughout her twenties, as she trained to become a social worker.

Now she's a women's advisor for students at an educational institute and is glad to give something back to other young people. "I'm emotionally attached to this place so it's been awesome to be able to come and share what [it] has done for me."

For Chrissy Irvine, herstory started as a fine arts project when she was at university.

She was concerned about a lack of role models for young women and decided to start up her own on-line photographic project, profiling women in a range of jobs.

"I realised there were barriers to women getting into male dominated areas, especially in Christchurch and I thought that was important because all the jobs that were coming up were in construction." 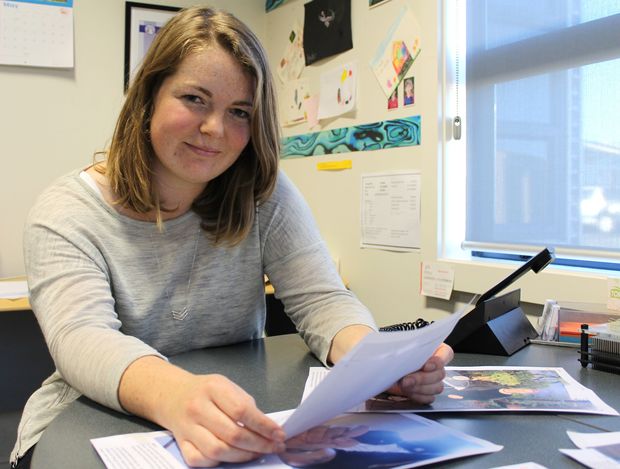 The most recent element of the project focused on matching young women with mentors who work in their chosen professions. "I think the thing I enjoy the most is connecting people, helping them build their networks and knowing that, when you go out of the school you've at least got someone in the career you want to do that you can go and talk to again."

But she said the young students had also shown creative talent, quickly mastering the skills needed both for interviewing people and taking documentary photos.

She said that was no mean feat in a world full of highly edited, commercial images.

"I'm really proud of them. I think that they've done really well."