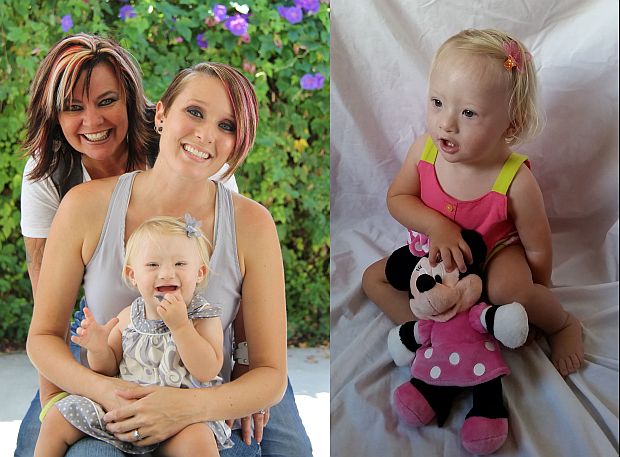 Keston Ott-Dahl with her partner, Andrea and their daughter, Delaney

"Mommy, Delaney can never be a princess." These words gave birth to an idea that more than 43 thousand people now agree with: that the Walt Disney Company should create animated film characters who have disabilities.

The proposal is being driven by a Californian couple, Keston and Andrea Ott-Dahl, whose youngest child, Delaney has Down Syndrome. Keston Ott-Dahl says the pair's three children were watching Disney's Frozen when her older daughter started crying because she said there were no animated characters or fairy tale princesses who looked like her little sister. That moment planted the idea for an online petition that has drawn support from places as far afield as Brazil and Mexico, Norway and Bangladesh.

Keston Ott-Dahl says she wants children to get used to seeing disability on their television screens. "We want to bring a familiarity and a common ground for all kids growing up to see kids and characters as heroes with disabilities so that the discrimination in their hearts just doesn't exist. It will be a non-issue." She says there are some disabled characters in shows for older children such as Glee and American Horror Story but little is available for young children.

And she believes the Walt Disney Company is well placed to influence a change in attitudes by representing disabilities in its animated films. "Wouldn't that help small children growing up to be less likely to bully these kids?" "I just want us to target a [...] younger audience, the ones that are going to be our future generations and there's nobody better that can do that than Disney."

The petition was started at the beginning of October as part of Down Syndrome Awareness Month and has quickly gained momentum with more than 43,000 signatures and counting! "My goal was to get a thousand signatures and I had that in an hour. So then I was like 'Wow, maybe we could do ten thousand signatures.' [...] and we had that in five days." Keston Ott-Dahl plans to present the petition to Disney at the end of November. She says the company is aware of the petition but has yet to comment upon it.

And, while she hopes Disney will do what they're asking for, she says the petition has already brought great awareness to the issue. And she believes Delaney's story has the power to change lives. "Delaney is a role model. Delaney's going to change the way people see Down Syndrome so she's going to save a lot of lives."

The Walt Disney Company did not respond to an interview request from One in Five.

How is disability portrayed on New Zealand screens?

The Executive Director of the Diversity Works Trust, Philip Patston, says recent research by his organisation shows the disabled community is represented in just four percent of prime time shows.

"So we've got Attitude, we've got Gone Fishing with Graham Sinclair but, other than that, in terms of New Zealand-produced media, there's a real lack of portrayals of disabled people." And he says a recent project getting people with disabilities into the background of shows as extras proved a distraction for some viewers. "So the audience was so unused to seeing a disabled person, that they were going 'Wow, who's that and why are they there, what's going on ?'”

But he says it’s a catch-22 situation because, until an audience gets used to seeing people with disabilities on screen, the disabled community will continue to attract attention. He says he'd like to see some leadership from the Government, especially given that many New Zealand-made productions are funded by New Zealand On Air.

It's a big day for Peter Simmons. The Christchurch man is a veteran of stage shows and musicals but today's performance marks a milestone of a different kind. As one of several speakers at the Canterbury Communication Festival, he is sharing his story of recovery after a devastating stroke that left him unable to talk. "To not be able to speak, I felt that I was imprisoned in my body, if you know what I mean - Awful feeling."

He says he feared he would be like that for the rest of his life but he began working with a Canterbury District Health Board Speech Language Therapist, Amy Eastwood. "Amy gave me new hope that I could recover and we started doing exercises and I got a little better." 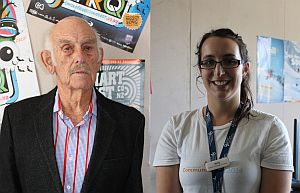 He went on to Princess Margaret Hospital where other therapists helped him regain his speech. Now he expresses himself with ease but says his emotions still get away on him from time to time. "Since I've had the stroke you seem to get more emotional. It’s hard perhaps to control your emotions which is damnedably embarrassing but something you have to live with, I suppose." And he says he's very thankful for the help of speech language therapists. "I was a pretty bad case really and I think a lot, if not 90 per cent of the credit, is due to their work and I'm eternally grateful for that."

The Hand-Held Communication Tool That’s Not a Phone

It’s a small buzzing device and Susan Ross says it terrifies small children, but to her, the electro-larynx is a vital conduit to communication. When an auto immune disease robbed her of her vocal chords and made her own larynx look like "cauliflower" she spent a year being unable to talk.

She describes this period as "enormously frustrating" with all communication limited to short, written messages. "It was difficult to have any kind of in-depth conversation and impossible to fight or argue with somebody because they just wouldn't read your notes." 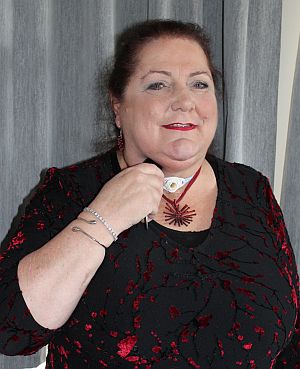 But she says that year of silence also brought insights into her previous behaviour. "I thought that everything I had to say was very important as most people do. When I lost the ability to speak I learnt that very little of what I have to say is of any importance and I became a much better listener and much more circumspect round contributing to conversations.” "So I really learnt the value of good communication and I believe that it made me a better person for that."

She says the electro-larynx won't suit everyone and it won't allow her to shout or sing but she can now communicate with her family and friends. And she says her message to the Canterbury Communication Festival is about being grateful for what she does have. "It’s about appreciating just how miraculous the human body is and how miraculous the human spirit is, in the face of difficulties, loss or compromise.” "Really I'm just here to share that there are options and alternatives and everybody's different and it’s about tolerating, accepting and celebrating difference."