Nine To Noon for Thursday 6 November 2014

09:05 Analysis of government strategy on ISIS

President of the Federation of Islamic Assocations, Anwar Ghani.

A ground-breaking Otago University library project is putting thousands of New Zealand's earliest missionary archives online. This allows researchers for the first time to search the Hocken Library's Samuel Marsden journals and letters with online technological tools. They'll have access to thousands of fragile old missionary papers – including letters and diaries that are nearly two hundred years old – left by the pioneering Australasian missionary which have only ever been held in the stacks at the Library. The precious journals, letters and documents, detailing life on the nation's first missions, were brought back from London more than a century ago by the library's founder, Thomas Hocken.

10:05 Paul Ewen, author of Francis Plug: How to be a Public Author 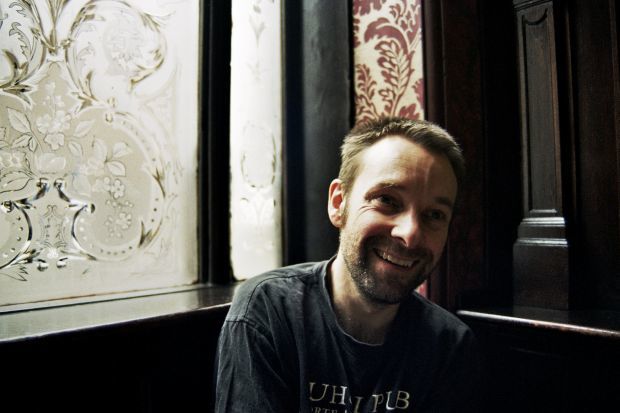 In his book Francis Plug: How to be a Public Author, Francis provides advice to other unpublished writers on how to prepare for the book awards circus, giving advice such as

"If you're provided with a hands-free mic, clipped to your lapel, don't forget to turn it off when you visit the toilet, or if you need to vomit before your event."

Since the publication of Francis Plug, which has received rave reviews (The UK Sunday Times critic called it the funniest book he has read in years), Paul Ewen has continued with his Francis Plug character, writing blog pieces based around true events.

When Francis Plug tries to get backstage at the 2014 Booker Shortlist event, posing as an author

Paul Ewen is also one of the authors in an upcoming New Zealand non fiction anthology published by Auckland University Press.

10:30Solid Energy's decision regarding whether it will re-enter the Pike River mine

10:37 Solid Energy's decision regarding whether it will re-enter the Pike River mine

Damien O'Connor is the MP for Westcoast/Tasman.

10:45 The Reading 'The Life and Loves of Lena Gaunt' by Tracy Farr

11:05 Solid Energy's decision regarding whether it will re-enter the Pike River mine

Nicholas Davidson QC is the lawyer for the Pike River families' committee.

Lesley Elliott - whose daughter Sophie was killed by her ex partner, Clayton Weatherston, discusses  her research into partner abuse, and how to keep relationships safe.

Lesley Elliott says it wasn't until she started researching domestic and partner abuse that she realised there had been warning signs, but neither she or Sophie  recognised them.

She set up the Sophie Elliott Foundation to raise awareness about partner abuse among young adults and has also been working with the police and Ministry of Social Development on a prevention programme, Loves Me Not, aimed at high school students.

Lesley Elliott has also written a book on the topic, Loves Me Not, How to Keep Relationships Safe, which is based on her own research and interviews with experts in the field.

She speaks to Nine to Noon along with her co-author Bill O'Brien.

Laurie Drew is the father of Zen Drew, one of the 29 miners who died four years ago in the Pike River explosion.