Brett Krause is a Wellington orthopaedic surgeon and president of the Orthopaedic Association; and Roger Styles is the executive director of the Health Funds Association, which represents private health insurers.

Three years after the fall of Libyan strongman Muammar Gaddafi, Libya is in chaos that some are calling civil war. There are two rival governments, with the UN-backed parliament declared invalid overnight by the country's Supreme Court. Tripoli is held by Libya Dawn militants who say they're in charge, fighting is intense in Benghazi, and the Parliament is having to meet in Tobruk, near the Egypt border. 400 people have died in fighting in the past three weeks. Freelance journalist Suliman Ali Zway, who is based in Tripoli, joins Kathryn to explain the situation. 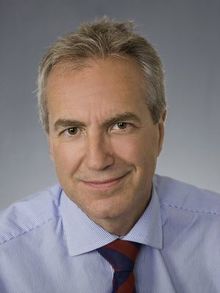 09:30 The impact of childhood cancer on fertility

Survival rates for child cancer patients have improved markedly over the past few decades – now at 80 per cent.

With so many more survivors, the focus among many in the oncology community is to reduce the toxicity and therefore late effects of treatment, without compromising survival.

Professor Hamish Wallace is a consultant in Pediatric Oncology at the Royal Hospital for Sick Children in Edinburgh and Honorary Professor at the University of Edinburgh. He’s a world expert in the impact of childhood cancer on fertility.

He's in New Zealand as a guest of the Child Cancer Foundation, speaking to survivors, their families and health professionals working in pediatric oncology.

Dr Monty Soutar (Ngāti Porou, Ngāti Awa) is a senior historian for the Ministry for Culture and Heritage, but he's also the Auckland War Memorial Museum World War One Historian in residence. He has been a member of the Maori Advisory Board for the Dictionary of New Zealand Biography and a member of the Maori Council for the Historic Places Trust. Monty is currently Project Coordinator for the 28th Maori Battalion website, developed on behalf of the 28th Maori Battalion Association by Manatu Taonga Ministry for Culture and Heritage and Te Puni Kokiri.

Next week is going to be a busy one, with the launch of his book in Ngā Tama Toa in te reo, which shows World War II  from the perspective of Maori soldiers. On Saturday the 15th of November there's the opening of the Maori Batallion Museum in Gisborne, which will also include a re-enactment of the march of the Maori Contingent out of Gisborne, a 1000-strong parade.

10:45 The Reading 'The Life and Loves of Lena Gaunt' by Tracy Farr

Brendan Telfer discusses the naming of the All Black team for the test against England, how successful their venture was to the US, and we're just 100 days out from the start of the 2015 Cricket World Cup, which New Zealand is co-hosting with Australia.

11:45 Comedian Te Radar and Gemma Gracewood reflect on the Week That Was