Nine To Noon for Wednesday 5 November 2014

Animal rights campaigners are calling for immediate changes within the racing industry after the deaths of two horses at the Melbourne Cup yesterday.

Elio Celotto is Campaign Director with the Australian organisation, The Coalition for the Protection of Racehorses.

09:30 Preparing the regions for the demands of an ageing population

As the population in provincial centres keeps ageing, and in some areas getting smaller, how will service levels be maintained, and the meet the needs of older people. Demographic changes, including the rapid growth of Auckland, attracting more businesses and workers are impacting on the economic and social futures of the regions, and the demands on their infrastructure, and services. Some in the aged care sector expecting that close-knit communities of older people who are living and working longer could defy projections of the demise of some provincial areas - but admit there will be big challenges. Kathryn discusses the issue with demographer Paul Spoonley, Massey University Distinguished Professor and Pro-Vice Chancellor; Robyn Scott, the chief executive of Age Concern; and Simon Challies, the Ryman Healthcare chief executive.

More about this topic can be found at The Wireless, which is examining what New Zealand will look like in 2030.

Laura Dekker is the youngest person ever to sail around the world solo. She was born in New Zealand, but raised in the Netherlands, and was 14 when she set off in her 12-metre ketch, Guppy. It was a voyage she almost didn't get to make, as Dutch authorities took her and her parents to court to prevent it. She won the right to proceed, and during the one-year journey encountered fierce storms, was nearly holed by a whale, and carried out countless repairs to her boat. She also decided she would never live in Holland again, choosing to settle in New Zealand, where she now lives aboard Guppy in Whangarei Harbour. Laura's written a book about her journey, called One Girl, One Dream.

Bryan Adams became one of the biggest selling acts of the 1980s thanks to albums like Cuts Like A Knife and Reckless. His 1991 single '(Everything I Do) I Do For You' is one of the biggest selling singles of all time. More recently, Adams has focused on becoming a celebrity photographer, shooting for magazines such as British Vogue, Harpers and Interview. He just released a new album of old favourites called Tracks Of My Years where he covers songs by The Beatles, Smokey Robinson and The Beach Boys.

Milan Mrkusich at Aratoi, copyright reform and the First World War, and lots of things to keep your eyes open for in the coming month.

Campaign to free our history - copyright reform in the UK 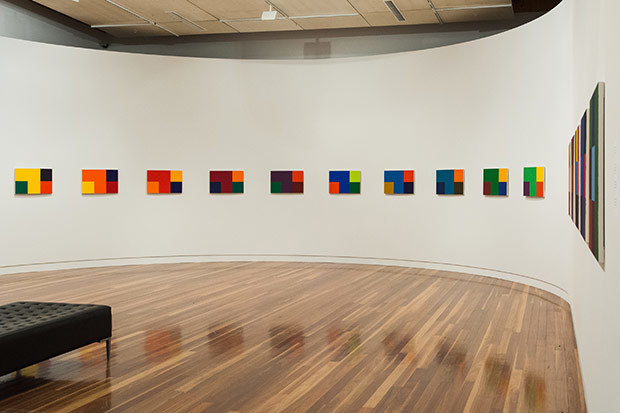