Nine To Noon for Tuesday 4 November 2014

The Prime Minister has further outlined the government's thinking on state housing policy, saying providing poor families with rent subsidies is a better way of helping people out of poverty than the provision of state houses. The government has said housing will be a major focus for this term of government - and has signalled it may sell up to 20,000 of the state's 69,000 homes. Former Government Statistician and public policy expert, Len Cook, is current with Victoria University's Institute for Governance and Policies Studies.

09:15 How to deal with regretful jihadists who want to come home

The United Nations is warning that foreign fighters are flocking to Iraq and Syria on an unprecedented scale. A number of countries, including Australia, are considering or have put in place measures to punish those who go to fight. Cabinet in New Zealand is considering such measures, and policy measures are also likely to form part of a November 5 speech by Prime Minister John Key. But other countries, including Britain, have also faced the problem of what to do when wannabe jihadists get to Iraq and Syria, regret their decision, and want to come home with no repercussions. Raffaello Pantucci is Director of International Security Studies at the Royal United Services Institute in London. His work focuses on counter-terrorism and radicalization issues.

09:30 Award-winning teacher on getting girls into chemistry

Head of Chemistry at Auckland's St Cuthbert's College, Ian Torrie, has won a 2014 ASG National Excellence in Teaching Award. He's one of five teachers across early childhood, primary, intermediate and secondary schools to receive an honour, from more than 600 nominations. Mr Torrie has presided over an uplift in the number of students taking Chemistry at all-girls school. Traditionally viewed by some as a male-dominated subject, 42% of this year's Year 13 students at St. Cuthbert's are taking chemistry - compared to a national average of about 20%. 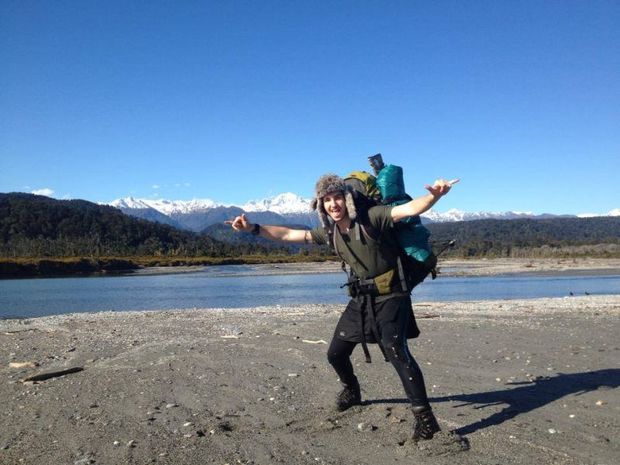 Brando Yelavich started his journey at Cape Reinga in February last year - making his way around 8-thousand kilometres of often rugged coastline - living off the land and sea.

The story of Dame Lena Gaunt: musician, octogenarian, junkie. It's also a tale of loss and family, grief and, most of all, it's about letting go (5 of 12, RNZ)

Rod Oram discusses the US economy.

Dr Angela Middleton is a consultant archaeologist and honorary research fellow at the University of Otago. In her latest book, Pewhairangi, she tells the story of the first permanent European Settlers to the Bay of Islands - and the early interactions and engagement between Ngapuhi and Pakeha. It is a book she has wanted to write for more than 10 years and coincides with the 200th Anniversary of a small group of three English families landing in the Bay of Islands and characters that they met over the following years.

Pēwhairangi: Bay of Islands Missions and Māori 1814 to 1845 by Angela Middleton
Published by Otago University Press.

Gavin Ellis on more threats to media freedom in Australia, and a new Te Reo newspaper in Rotorua.