7:12pm CAUGHT IN CHILE
Kiwi photographer Derek Paterson returns to talk about his time in Chile post-Pinochet and then returning later in life as the husband of the NZ ambassador in Chile, his book is titled Second Time Lucky... 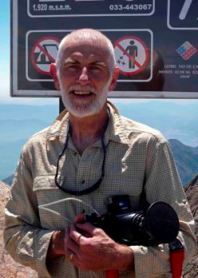 7:35pm At the Movies with Simon Morris

ELECTRONIC MUSIC
The evolution of music made with devices powered by electricity and/or computers, with Paul Berrington aka DJ B.Lo... that point when electronic music started entering the clubs, and taking on some the identity we still have with it in the contemporary scene.