Tomorrow is Father's Day, so we're playing your favourite songs about dads.

The awards will be presented alongside the Silver Scroll, New Zealand's most prestigious songwriting award, at a ceremony at Auckland’s Town Hall on October 14. 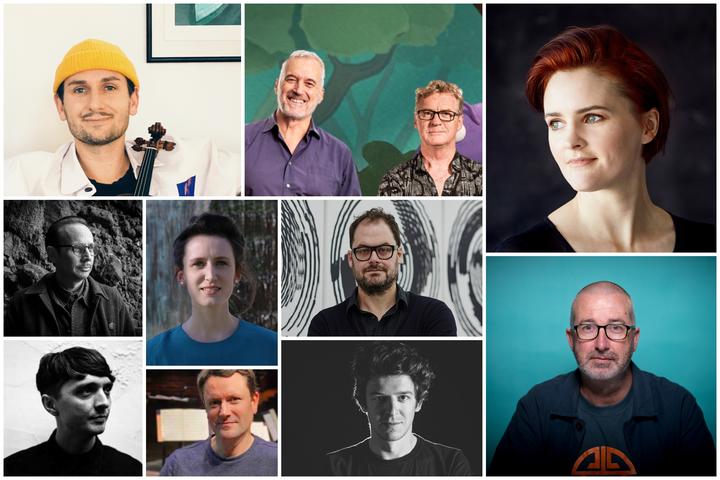 The Rolling Stones have released a re-issue of their iconic 1973 album Goats Head Soup. This very special 2020 re-issue includes a new stereo mix of the entire album, as well as recording sessions, alternative mixes and three previously unreleased tracks.

Goats Head Soup was originally recorded from November 1972 to May 1973 across Jamaica, the UK and the USA. Following the bands epic double LP Exile On Main St.

UK journalist and broadcaster Paul Sexton has been interviewing the Rolling Stones for 25 years now in many cities around the world, but never quite like this. The rules of lockdown meant he had to connect with Mick on a Zoom call to his place in Tuscany and to Keith on a landline as he sat in his back garden in Connecticut, birds singing, sun shining as they talked about another classic Stones record. Both of them were on top form.

1.20 EXHIBITION: I'm Your Man (A Portrait of Leonard Cohen)

Auckland Art Gallery has a new exhibition. I’m Your Man (A Portrait of Leonard Cohen) is a multi-channel video portrait exhibition by South African artist Candice Breitz. Originally commissioned by Musée d’art contemporain in Cohen’s hometown of Montreal, the exhibition was created to celebrate Leonard's life and works.

Leonard Cohen was a singer, songwriter, poet and novelist. Before his death in November 2016, Cohen had released 14 studio albums, and kept working right up until his death. He’s mostly known as the writer of enduring ballad classics ‘Hallelujah’, ‘Suzanne’ and ‘Bird on A Wire’.

The exhibition itself gathers video portraits of 19 men over the age of 65 humming or singing Leonard Cohen songs. Charlotte Ryan went to the exhibition and interviewed Auckland Art Gallery director Kirsten Lacy. They discussed the exhibition, Covid19's impact on galleries and the importance of music during these strange times. 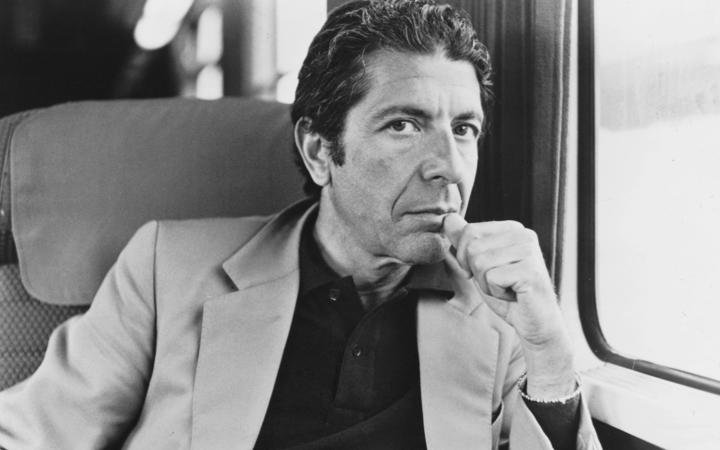 Leonard Cohen black and white on a train Photo: supplied

Tony Stamp visited Diggy at his family home, to talk about balancing music with a 9 to 5 job, and representing the Central Auckland Pacific Island community. 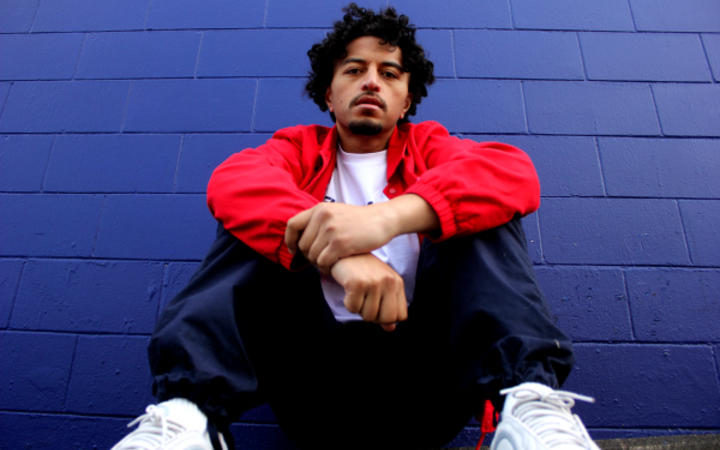 H.C McEntire (also known as Heather McEntire) was born and raised in rural South Carolina in a farming community. Her parents were evangelical Christians who exposed her to gospel music, bluegrass and Christian music. It wasn't until McEntire went to college that she felt free enough to come out as gay, take a step away from her Christian upbringing and embrace punk rock music.

She is best known as a member of indie bands Mount Moriah and Bellafea. Through her solo work, McEntire attempts to combine her different influences. Her 2018 debut solo album Lionheart explored her country music background against the indie rock style of her bands.

Nick Bollinger reviews Lionheart on this weeks episode of The Sampler

Songs by H.C McEntire on this episode:

H.C. McEntire - When You Come For Me

H.C. McEntire - Dress In The Dark 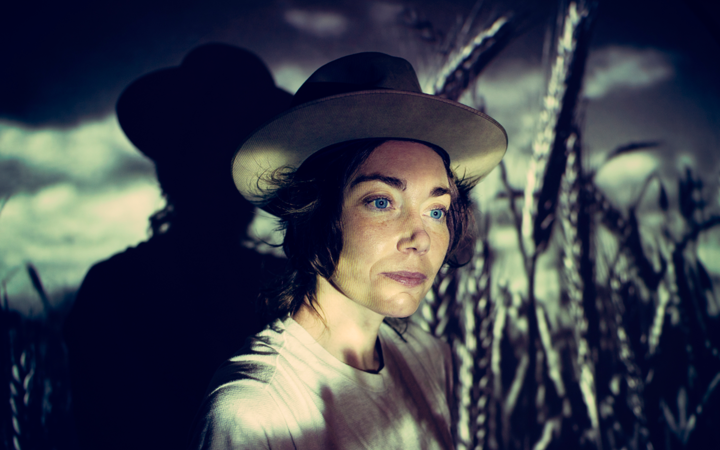 Not many kiwi musicians can claim to be part of three of this country's seminal bands. But there is one who can. The Enemy, Toy Love and Tall Dwarves, guitarist Alec Bathgate was in all of them. Despite this he’s actually very low-key. That low-key-ness was confirmed by lack of fanfare around his first solo release in 15 years, Phantom Dots, which was released on Bandcamp last month.

Nick Bollinger reviews the new album on this week’s episode on The Sampler.

Songs by Alec Bathgate played on this episode:

Alec Bathgate - The Science of the Unitar 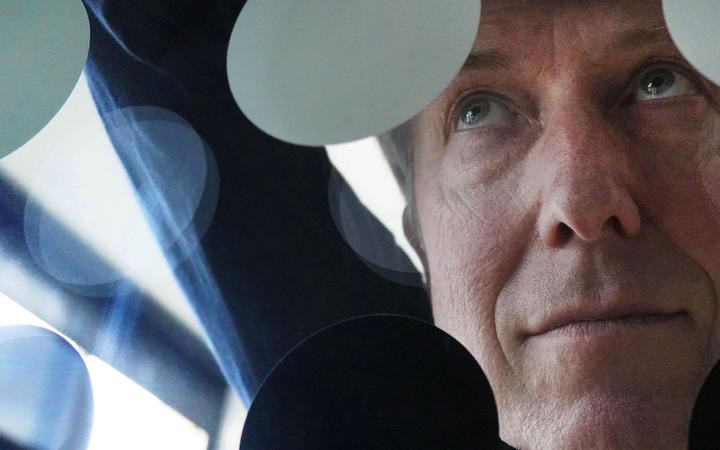 Award winning Lyttelton Musician Delaney Davidson is a distinctive figure in the New Zealand musical landscape. He describes himself as part man, part wheel. One hand holds a small brown suitcase; the other holds his guitar. His music could be described as Blues trash. Delaney is a seasoned performer who spends much of his time on the road. His performances are haunting and incredibly memorable. Over his career Delaney has released 15 albums and has produced two albums for country powerhouse Tami Nielson.

Currently he’s working with Troy Kingi on his new folk album. RNZ were lucky enough to record his sold out performance at The Wine Cellar in Auckland last month. Recorded by Rohan Evans and Mixed by Andre Upston.

Hellhound On My Trail (R. Johnson) 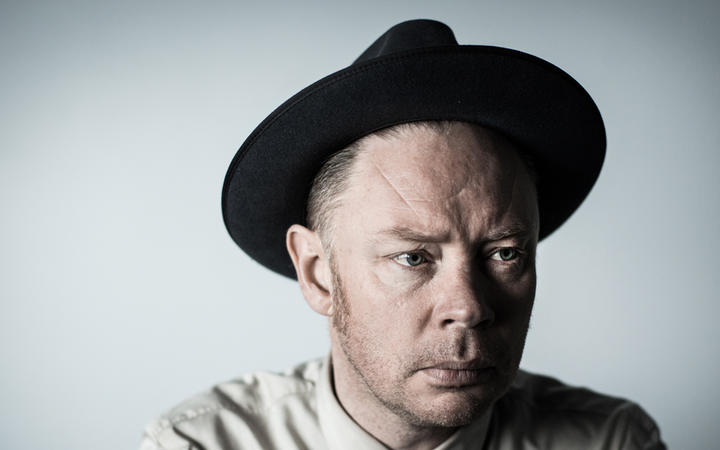 Paige is a 22 year old South Auckland singer songwriter who released her debut EP at the end of July. She’s also recently launched a podcast – Paige’s Space – that explores love, sexuality and mental health and how to navigate growing. Yadana Saw speaks to Paige about how she’s finding talking rather than singing. 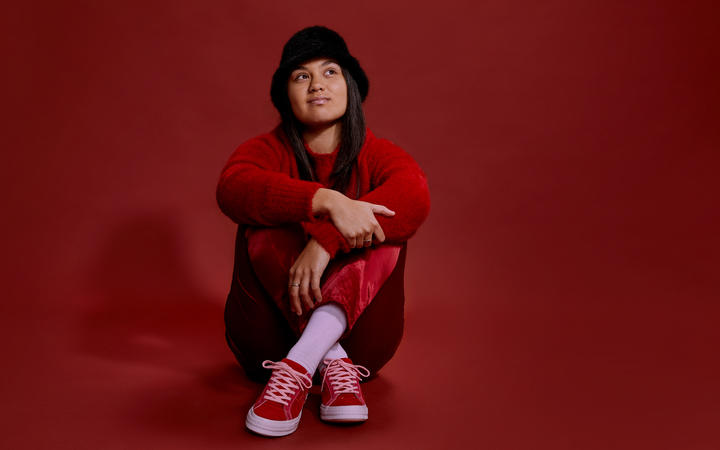 Phoebe Rings may have debuted during the worst year for live music (thanks,Covid) but they’ve already started making their mark. Their first performance was at Outsider Sounds Festival in February of this year. By July they were opening for Auckland heavy Hitters The Beths. Not a bad trajectory.

The band is made up of members Crystal Choi, Simeon Kavanagh-Vincent,Benjamin Locke and Alex Freer (a.k.a. A.C. Freazy). Songwriter and frontperson Crystal has toured with the likes of Princess Chelsea and Jonathan Bree as a keys player. Her experience in the realm of avant-jazz lends to the unique and fresh sound of Phoebe Rings.

Charlotte Ryan talked with Crystal about their sound, their influences and how they chose the name Phoebe Rings. Spoiler alert: nobody in the band is called Phoebe. 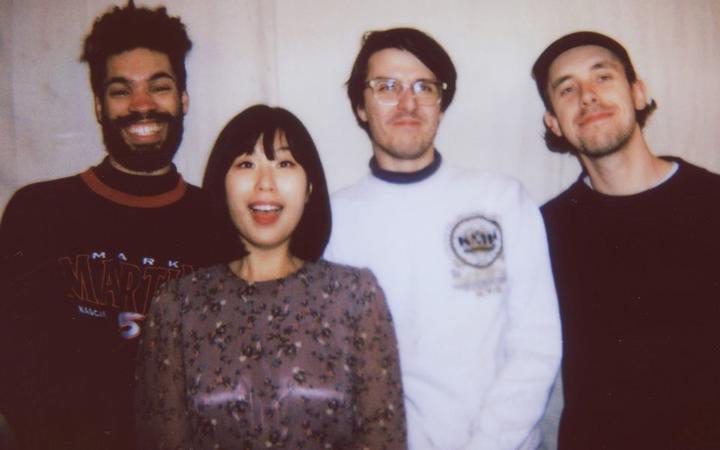 This week on Song Crush: Tony Stamp is joined by RNZ jack of all trades Brad Warrington and broadcaster Maggie Tweedie. They discuss new songs from TEEKS, Dallas Tamaira, Imugi and more. 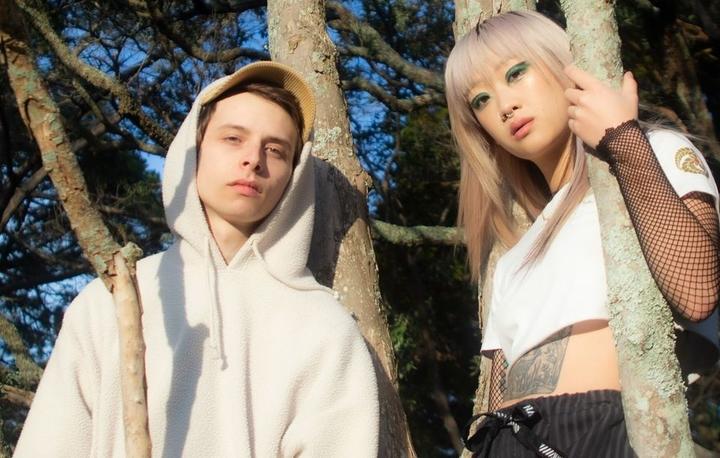 Andre Upston has been recording live music since he was a boy, and has continued to do so his whole life. He’s made albums with Bic Runga, Anika Moa and Dudley Benson (to name a few). He's also RNZ’s longtime Music Engineer. Meaning often when you hear a band playing live on this station, Andre is responsible.

Every song on this episode of The Mixtape was recorded by him!

Songs on this episode of The Mixtape:

Anika Moa - The Witch of Maketu

The Mint Chicks - Opium of the People 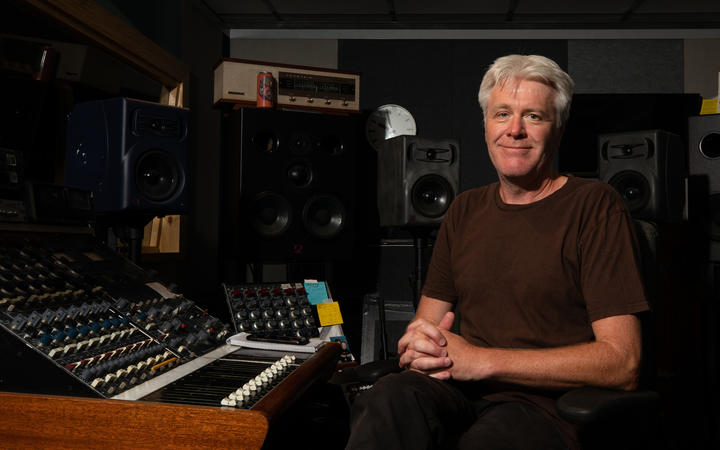 Songs played on this episode:

The Temptations - Papa Was A Rolling Stone

Flight of the Conchords - Father and Son

Tami Neilson - So Far Away

Anika Moa - My Old Man (From In Swings The Tide)