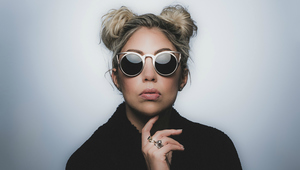 Yadana Saw talks to Kiwi electro-pop artist Theia about the mechanics of song writing and how she has matured as an artist.

Saffron Guinness from the Sawmill Café in Leigh discusses the history of the legendary NZ venue and the documentary she’s putting together about it.

DJ Ill Baz, one of the artists performing at the upcoming Christchurch benefit concert, discusses his experiences with racism in the NZ music industry.

Tony Stamp talks to German Electro veterans Booka Shade about the scene in Berlin and making dance music in Germany.

Music Supervisor Karen Rachman talks to Tony Stamp about her adventures in Hollywood. She is responsible for some of the most memorable soundtracks of the last 20 years, including many of the films of Quentin Tarantino.

Intro music: Quite a Party - The Fireballs

Not Your Princess - Theia

Raleigh Ritchie - Time In A Tree

Take Me To Church - Hozier

Her’s - What Once Was

God Give Me Strength - Elvis Costello and Burt Bacharach

Think About Your Troubles - Harry Nilsson