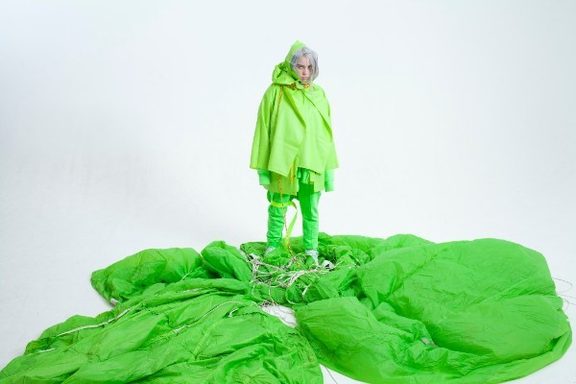 Yadana Saw talks to Hozier, the Irish singer songwriter who exploded into people’s headphones with his gospel-pop anthem 'Take Me To Church'.

He's just released a new album titled Wasteland Baby and is playing in NZ later on in April.

1:45 The legacy of Scott Walker

Music critic and record seller Jeremy Taylor remembers Scott Walker and helps us track the significance of his music.

Dark pop wunderkind Billie Eilish has had a staggering rise to fame. Her first LP When We Fall Asleep, Where Do We Go has just dropped and her particular flavour of bitter pop is gaining ground everywhere from the heights of art film to the grungiest of chart pop bangers.

Yadana Saw caught up with Billie at Laneway Festival in 2018 and talked to her about music discovery and the intricacies of fashion in a digital age.

Kirsten Johnstone throws the Song Crush net into the ocean of new music with the able assistance of Yadana Saw and Elliot Childs.

Song Crush also convenes the first sitting of the RNZ Music Tween Editorial Board so the new Billie Eilish record can be reviewed by its intended audience.

After going through the pop machine herself as a young singer, she now works in artist development, looking after a roster that includes Miley Cyrus’ sister Noah, and Lennon Stella from the TV show Nashville.

In Auckland recently for SongHubs - a week-long event that saw her working with local musicians- she spoke with Tony Stamp.

NZ music radio stalwart Jim Pinckney joins us to remember The Beat frontman and Ska pioneer Ranking Roger who passed away this week.

Christoph El’ Truento is perhaps best known as the beat-making brains behind hip hop outfit @Peace, as well as lending his skills to the likes of Homebrew and Avantdale Bowling Club – to name a few.

But when he’s not cooking up swirling cosmic soundscapes, the Auckland-based producer likes to dive deeper into the realm of experimentation for his solo projects.When we last spoke to him in 2015, Christoph had just released SSELLF’- a record that traverses the path of ambient and noise music.

And on  the heels of that, he released LWMP18 late last year - a 23-track collection that takes its cues from juke and footwork music. And now Christoph has followed up with Peace Maker Dub, an album two years in the making.

Peace Maker Dub harks back to Christoph’s  love of Jamaican dub music, which was introduced to him by his big brother and has shaped his outlook on sound over the years.

4:05 The Mixtape: Steph Brown AKA Lips

Kiwi musician Steph Brown (AKA Lips) is picking the tunes on the Mixtape this week. She's half of the music direction team of new NZ film musical Daffodils and talks us through the process of picking the tracks for a feature film.

Turn Around by Adam Hattaway and The Haunters

Trick of the Light by Villagers

I want you Back by Yuna

Hands off she’s mine by The Beat

Give Me Dub by Christoph El’ Truento