INTERVIEW: Billie Eilish warts and all

At only 17 years old, gloomy pop merchant Billie Eilish has just released her long-awaited debut album When We Fall Asleep, Where Do We Go?

Last year, Billie played at Auckland's Laneway Festival, where Yadana Saw got to delve beneath her staunch and surly exterior in a conversation about horseriding, clothing as armour, fanhood and skin maladies. 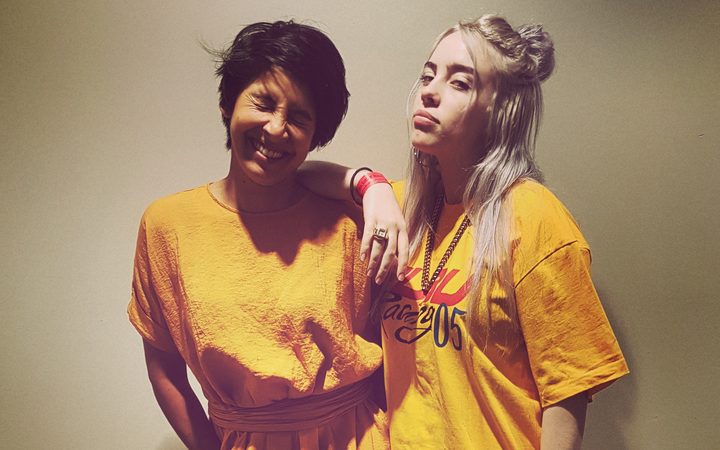 During the fair bit of waiting around that happens ahead of any music festival interview, I wander out into the labyrinthine hotel hallway and run straight into Billie Eilish and her mum, actor and musician Maggie Baird.

The then 16-year-old pop wunderkind is rocking an egg-yolk yellow athletic ensemble. The oversized cargo shorts are made of “thick as oatmeal” sweatshirting cotton, the XXL t-shirt is an equally sunshine-yellow tone.

It’s jarring to see the teenager in real life. In her music videos and photographs, she has a fed-up, dead-eyed, surly demeanour – a truly intimidating figure.

I'm wearing a frock that’s brighter than bright marigold, which I take as a good omen for what I assume will be a scary conversation with the young and precocious talent that is Billie Eilish Pirate Baird O’Connell.

As I nervously set up my recording device, her soundcheck prattle is a deep dive into the topic of warts and how the ones growing on her hands won’t respond to treatment.

“Two more came back and then I tried to froze them off...” She then catches herself. “Wait. How do I say that?”

“I tried to froze (sic) them off?” she looks to me for help.

“Oh my god!” she squeals and starts laughing when I tell her she’s supposed to be the prodigious and talented lyricist who cares about words.

“Yeah, I know. I’m just an illiterate lyricist,” she admits, and concludes “They just keep coming back and one day my hand will be a giant wart.”

With an opening like that, it's hardly surprising Billie's just-released debut album opens with fourteen seconds of clacking and slurping in an audio clip called '!!!!!!!'.

It's Billie declaring to her closest collaborator, her brother, (Glee actor Finneas O’Connell) “I have now taken out my Invisalign and this is the album!” before they fall into peals of laughter.

Welcome to the curious world of Billie Eilish, where she doesn’t betray the passions and interests of a standard-issue adolescent. But there is a preternatural insight behind her motivations and the reasons she does what she does.

After starting our interview with hand warts it becomes quickly apparent that the person in front of me, best known for their gloomy, dark and twisted pop songs is actually a relaxed, funny and generous interviewee. 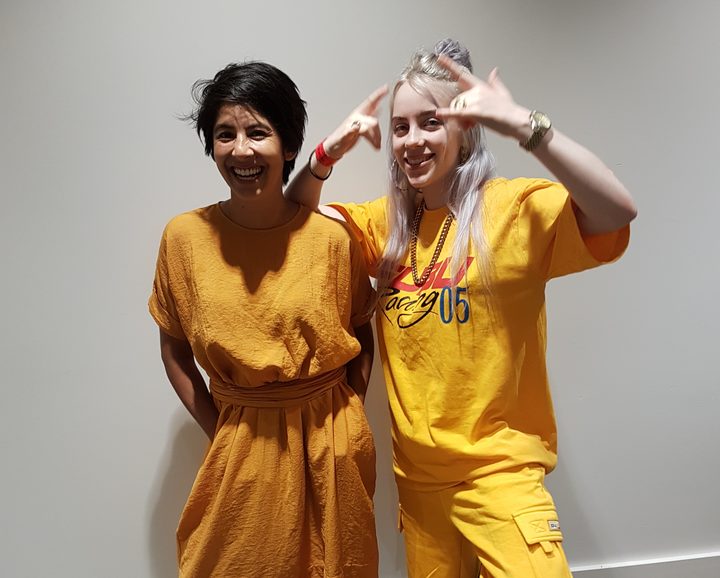 We discuss our “twinning” yellow outfits and that her style is an androgynous, functional, street, and sculptural one; all really euphemisms for a tomboyish sense of dress.

“It’s so not about showing off my body. I’ve never really worn clothes to be ‘Look at my body! This is my skin’. Realistically, I can do whatever I want - but clothing and fashion is art so it really doesn’t matter who it’s on or what that person looks like.”

Billie explains that putting together outfits “keeps her sane”.

“It’s 100% my armour. Rihanna had an acceptance speech where she talked about how fashion was her defence mechanism. I completely felt that. Fashion and clothing have always been my safety blanket and my guard and if I am not wearing something that I don’t want to be wearing, or mentally or physically uncomfortable with, I am completely not me. It just feels so wrong and so clothing is really the way that I am - it’s  more me than I am.”

The Billie Eilish tale begins back in 2016 with her and her brother Finneas uploaded the song ‘Ocean Eyes’ on to the music discovery website SoundCloud.

Overnight ‘Ocean Eyes’ clocked so many listens that she became a viral sensation.

Since then, Billie has been releasing her own unconventional and off-centre pop.

In a 2017 interview with RNZ contributor Kate Robertson, Billie explained the importance of her lyrics: “Words are more powerful than some noises. Noises won’t last long. Lyrics are so important and people don’t realise that.”

In the modern Western music landscape, the teenage pop star is a near-permanent feature, accompanied by the notion that the young talent is “manufactured” or “crafted” and discouraged from speaking their own mind or pursuing their own interests.

After a few minutes speaking to Billie Eilish, any of those concerns about her are well and truly extinguished.

As a youngster, Billie occupied herself with music, horseriding and dancing.

As a 12-year-old, she was so passionate about horseriding that she worked at a local stable to pay for riding lessons.

“I worked at the barn for two summers. I was horse camp counsellor, I worked at birthdays.”

“But I stopped because I am not rich and never will be and never was,” she laughs.

With that, Billie tone switches into that of a young person who feels ostracised by a group.

“After a while, nobody was taking me seriously because when you’re not rich everyone at the stable is like ‘Shoo’.

At this point, she puts on her best Mean Girls voice.

"It’s funny now, a lot of the girls who used to be all up in my face at the stable are like 'We miss you Billie'. I’m like ‘Ppfft, f-off”.

On the subject of the Laneway Festival tour and whether she has spoken to moody electro-soul darling Moses Sumney, Billie is refreshingly honest about her gushy fangirl tendencies.

“I haven’t said a word to him” she confides. “We were in the same plane, we all went through customs together, and then we all took the same bus to the hotel. Not once did I say anything to him.”

“I’m a huge fan of all of the people on Laneway but some part of me…” she drifts off, leaving the impression she's actually a little bit intimidated and starstruck about talking to those she’s on the festival circuit with. 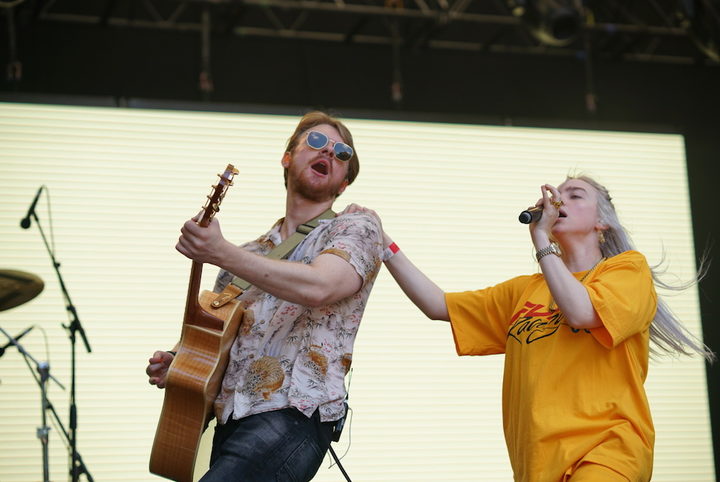 The teenage pop wunderkind tries to be as welcoming as possible to her own fans.

“I kind of try to do what no-one did for me because I grew up as a fan and always been a fan. Obviously, I am still a fan.

“I just wanna have them feel good about it afterwards because I know if you have an encounter with someone that you look up to that is at all negative or something was weird, you’re gonna think about it for the rest of your life.”

She concludes with a matter-of-fact explanation: “Honestly, it sticks with you, so I try to avoid that with everyone.”