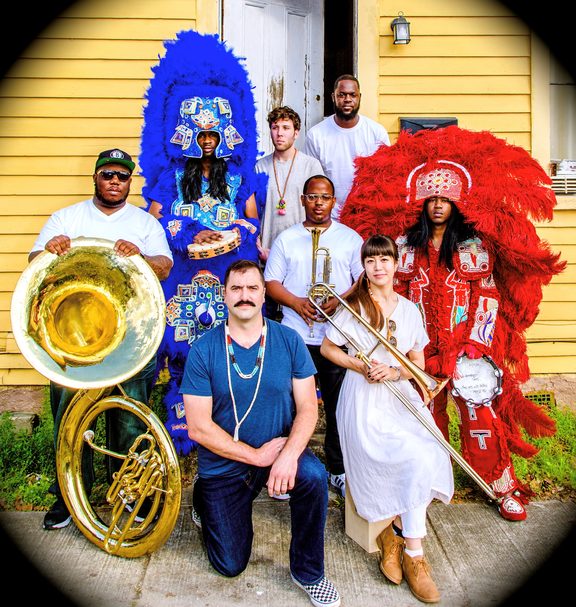 Tony Stamp recently interviewed Tiki Taane about his part in a great new NZ doco series called Anthems: New Zealand’s Iconic Hits. It’s coming soon to Prime, and we’ll bring you that interview in the coming weeks. But first Tony asked Tiki if he wanted to take a moment speak about the tragedy in his hometown of Christchurch.

Songs with a contemplative feel dominate the Song Crush selections this week, with songs from The Cinematic Orchestra, Neneh Cherry, Scott Mulvahill and Koffee.

CHAII came to New Zealand as an 8-year-old Iranian immigrant who learned to speak English by rapping to Eminem. Her debut single 'Digebasse (Enough)', with lyrics in both English and Farsi, has taken on a new meaning since the Christchurch terrorist attack.

2:30 Country music: "It’s not just dudes in beards and hats"

Nashville country is big business, with growing fan bases outside of the U.S.. The TV Series Nashville, the blockbuster A Star Is Born, and the popularity of artists like Taylor Swift has helped country music spread.

The genre is also pushed along by the Country Music Association. It’s ex-pat kiwi Milly Olykan’s job to promote the music and artists outside of the U.S..

She’s bringing a few Nashville songwriters to NZ next week, Brandy Clark, Devin Dawson and Lindsay Ell, to play the Tuning Fork along with one of NZ’s country artists, Kaylee Bell. Ahead of that show Milly Olykan breaks down some of the misconceptions of the genre with Kirsten Johnstone.

Cha Wa is a Grammy-nominated Mardi Gras Indian funk band based out of New Orleans, Louisiana.

Yadana Saw caught up with DJ Vadim when he was in town for his tour last week and talked dub, NZ music's global impact and the price of antipodean croissants.

Odette - Watch me Read You

The Kingdem - The Conversation (We Ain’t Done Yet)

DJ Vadim - Black is the Night

Jorja Smith - On Your Own