This afternoon, the Music 101 team will shine a light on what brings us together. The universal language of music is uniquely human and can help us make sense of the world. 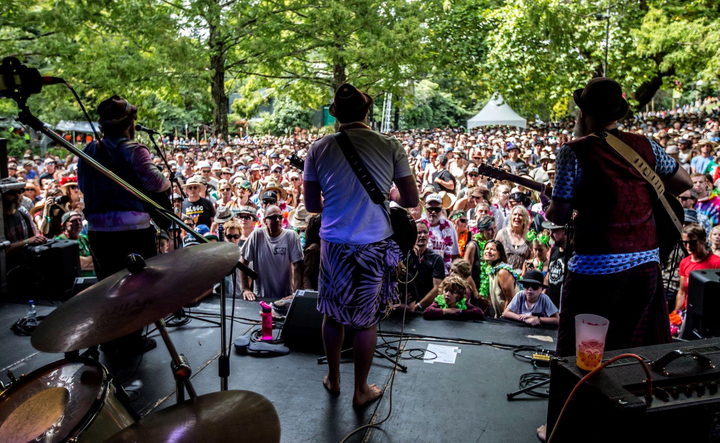 WOMAD Taranaki is in full swing at the Bowl of Brooklands.

Kim Hill is there, and we will cross over to her any time there are news updates over this afternoon.

Finn Andrews talks about his new album One piece at a Time... Finn will be performing on the Bowl Stage at WOMAD Taranaki later this afternoon.

Trevor Reekie and Kirsten Johnstone will introduce us to some of the international manuhiri - visitors - who are performing for the three day festival.

Seattle indie band Death Cab For Cutie are here for the Auckland arts festival. Frontman Ben Gibbard talks  about the political climate in the United States.

The 4pm hour is dedicated to a Songcrush mixtape - Kirsten Johnstone gathers her flock and discusses their best summer music finds.