Tomorrow is Pet Obesity Awareness Day, and recent research shows that 11 per cent of dogs and 15 per cent of cats are overweight in New Zealand.

Our listeners have sent through images of their pets... Here are some of them. 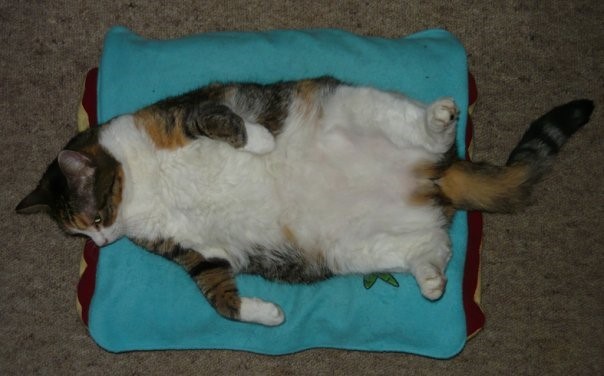 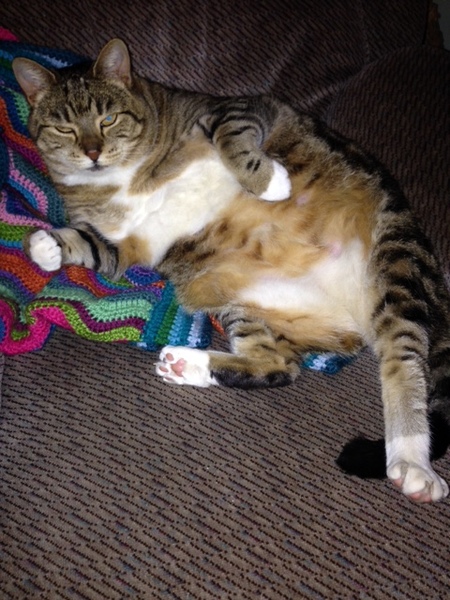 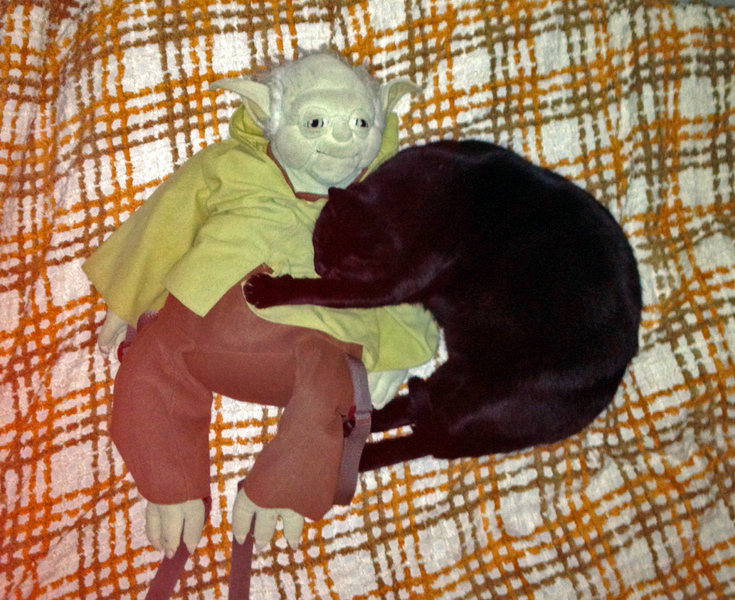 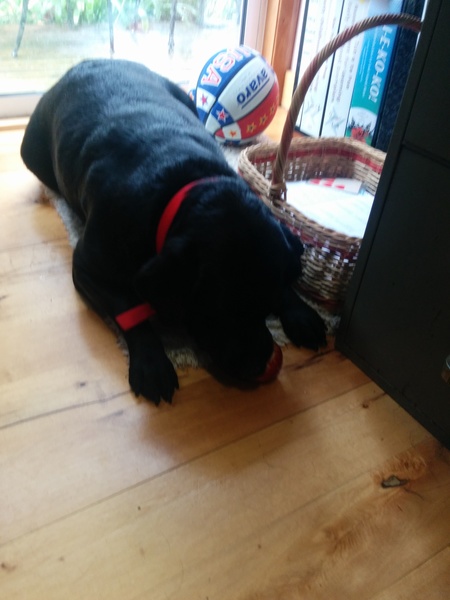 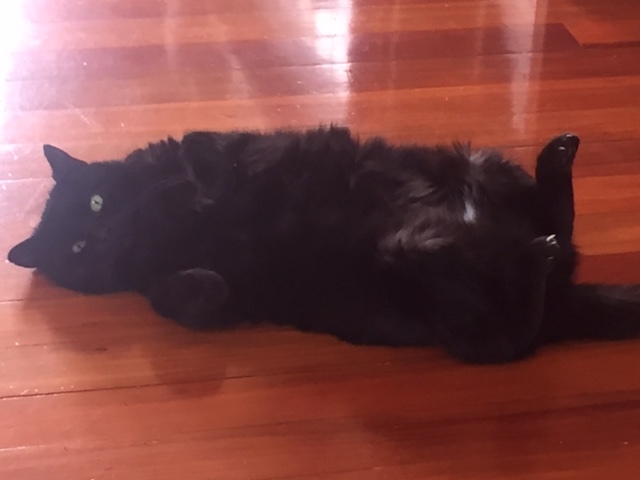 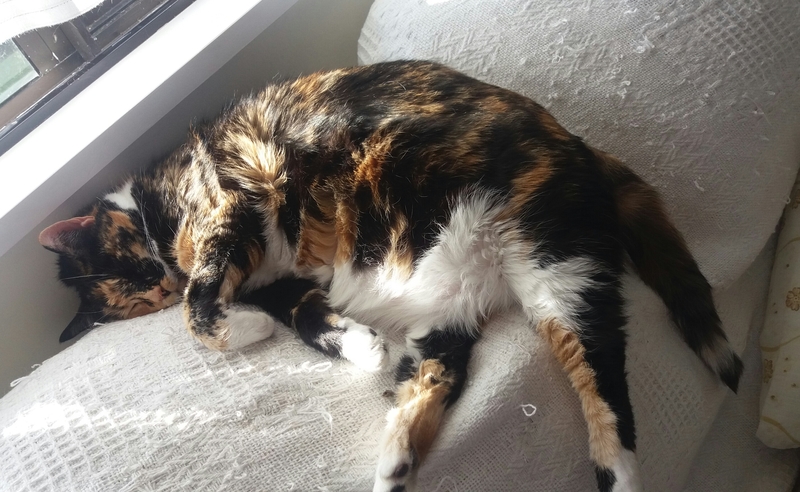 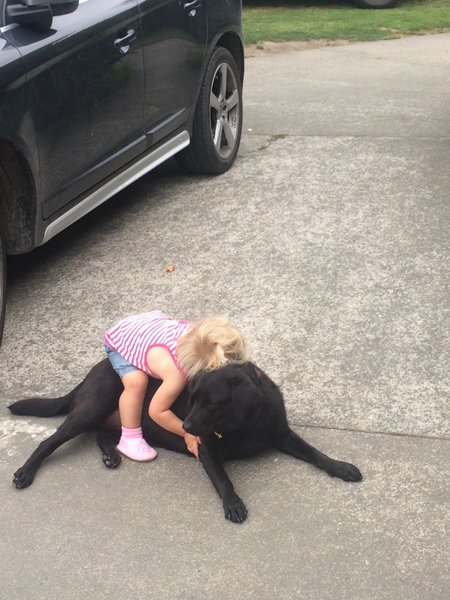 Our dog is called Kai strangely! but we ❤️ her - especially loved by our daughter Ivy!! ‏@BallyshonogFarm 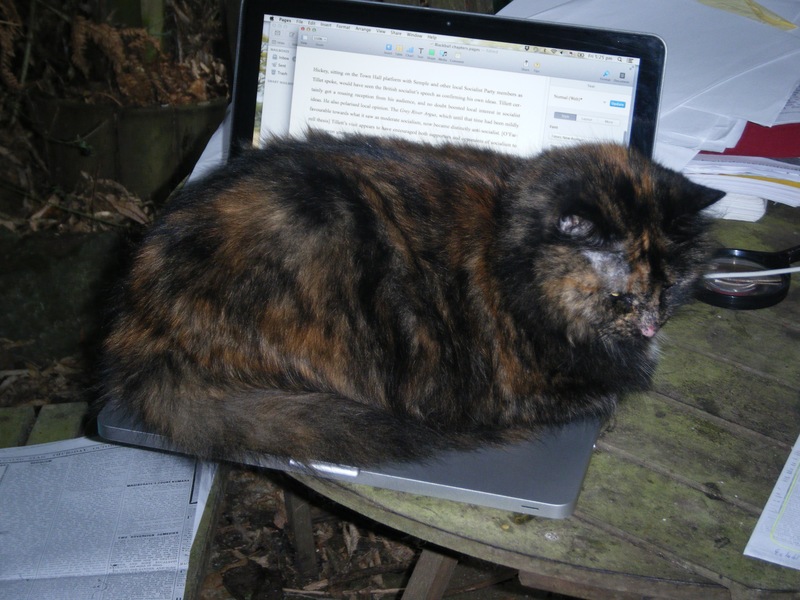 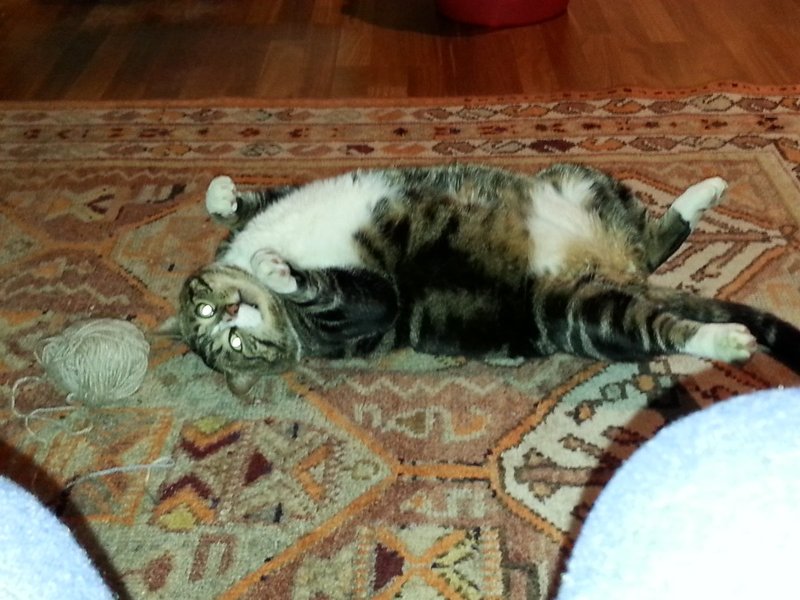 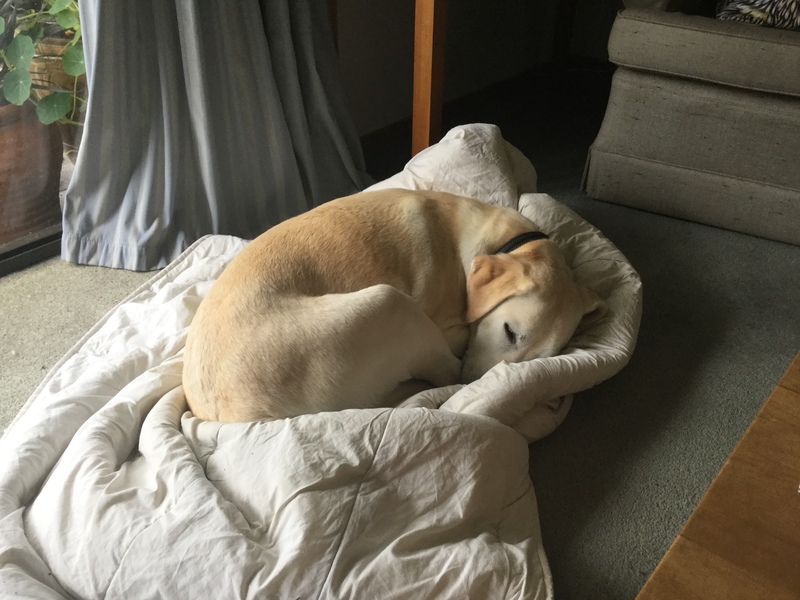 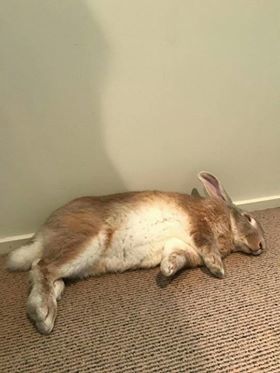 So fat he had to have a sleep after doing a loop of the house - Chelsea Hambling. 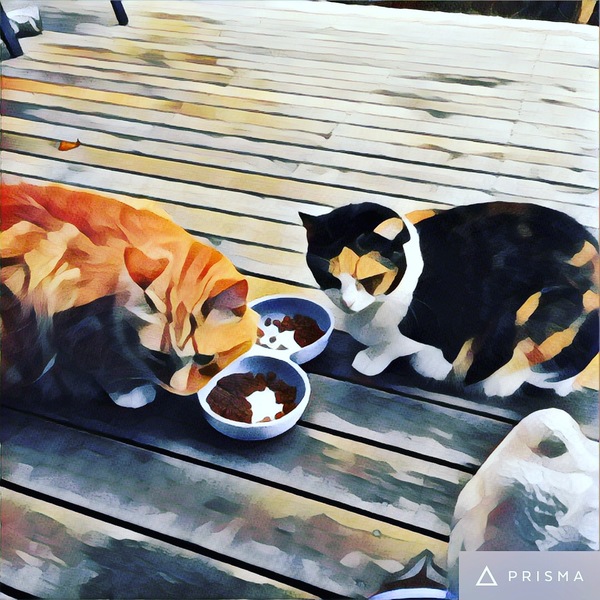 Here are Shannon Phipp's two fattest cats. They are on a strict diet now (enough is enough) but a few weeks ago this photo was taken of Squeaky and The Fake Lion Cat. 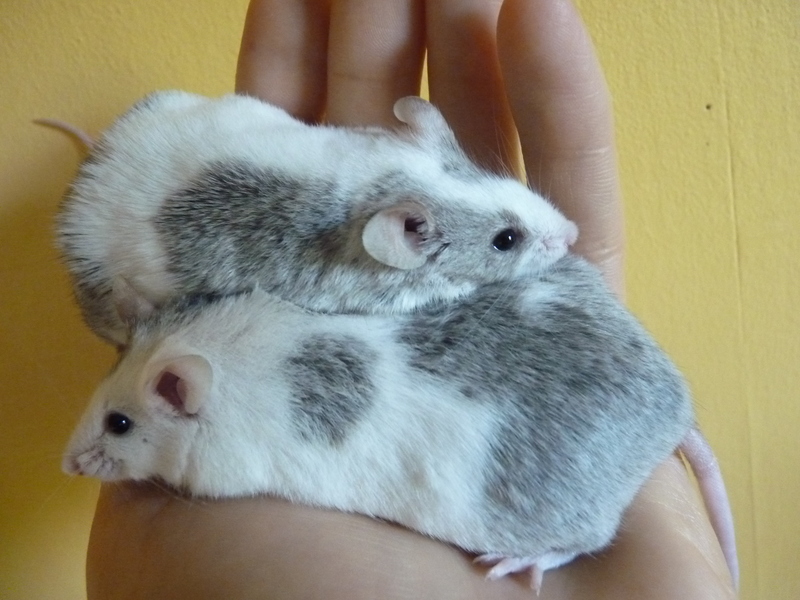 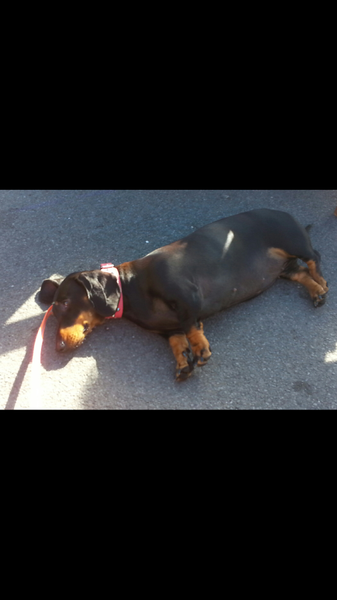 Ex-pat New Zealander, Tom Lee-Richards is touring in his native land for the first time. Tom's now based in Melbourne, and he's just released that song, Madness, and announced his tour.

1.25 The Truth Behind the Hillsborough Football Tragedy

In April 2016, the jury at the new inquests into the UK's 1989 Hillsborough football stadium disaster, determined that the 96 Liverpool fans who died that day, were unlawfully killed. It found they had been victims of gross negligence by police and ambulance staff who failed to manage the inescapable crush of people into a standing-only area of the stadium. This negligence directly caused the deaths of 96 men, women and children, the hospitalisation of 400 and led to 700 injured. Professor Phil Scraton was the director of the Hillsborough Independent Panel, and his work had a major impact on the 27-year journey towards the decision, which radically overturned an initial verdict of 'accidental death'. Phil Scraton is also a professor of criminology in the Institute of Criminology and Criminal Justice, School of Law, Queen's University, Belfast. His research focuses on controversial deaths and institutional responsibility and the rights of the bereaved and survivors in the aftermath of disasters. 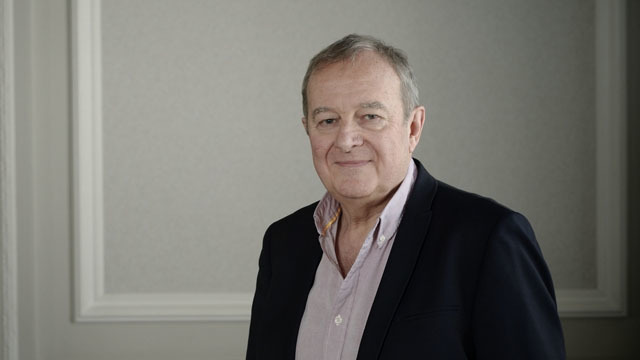 Professor Phil Scraton, who is visiting the University of Auckland from Queen's University, Belfast. Photo: Supplied 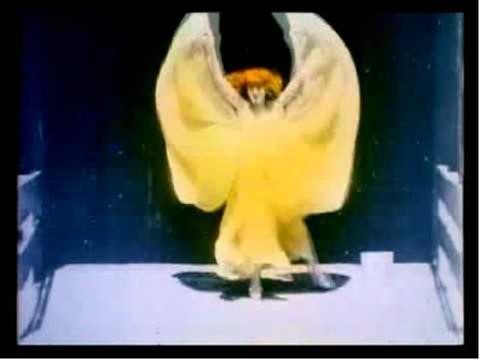 A still image of Annabelle Whitford from the film “The Serpentine Dance”- 1895 Edison Manufacturing Co. Directed by William K.L. Dickson and William Heise 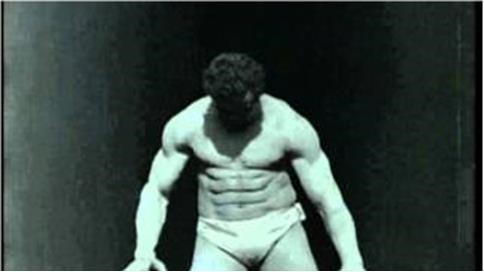 A still image of Eugen Sandow from the film “Sandow the Strongman” –1894 Edison Studios. Directed by William K.L. Dickson

120 years ago tomorrow, on 13 October 1896, New Zealanders got their chance to see moving pictures for the first time, when the first film was played to an audience at the Opera House in Auckland.

Ngā Taonga Sound & Vision is marking this anniversary with a series of screenings of 'Films that shaped New Zealand'  in Wellington over the next 10 days.

Today in our regular segment, Sarah Johnston from Ngā Taonga is going to play us some sound recordings about early film-going in Aotearoa.

You can also listen to the 1968 radio documentary “A Silence filled with Sound” about the early days of cinema.

The advertising standards authority has not upheld complaints about two recent anti fluoride ads that aired on television.

The advertisements claimed that fluoride does not improve dental health, is a waste product collected from the chimneys of the fertiliser industry and that it contains poisons including possibly uranium.
The authority received 6 complaints, which argued that the ads contained misleading information and played on fear to get its message across.

The ads coincided with a visit to New Zealand by international anti fluoride campaigner, Paul Connett, a retired chemistry professor. Jesse asks him why he continues to fight water fluoridation when the weight of international evidence shows it is safe.

Dione reviews music from the Black Grace Dance Company's  upcoming show "As Night Falls" and from Cook Island artist NiaVal whose work will be showcased at the opening of a three week exhibition called 'A woman's work is a woman's worth' this Saturday. 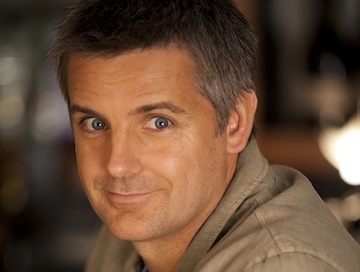 State Highway 48 is one of New Zealand's shortest Highways.  It provides access to Whakapapa Skifield on the slopes of Mount Ruapehu and is just  6.3 kilometres long.

It's also the name of a stage musical currently touring the central North Island starring New Zealand's first lady of Musical Theatre, Delia Hannah as well as one of our busiest  television stars, and today's guest on Bookmarks, Shane Cortese. 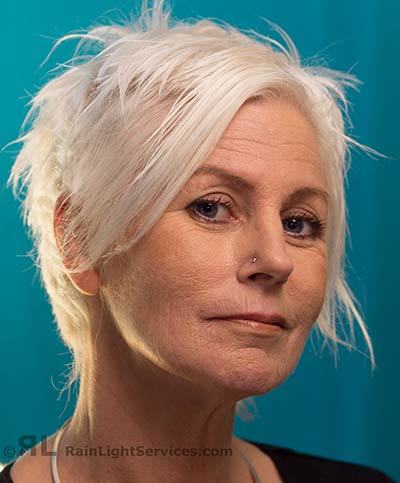 It comes to happen to every single one of us, and yet, most of us avoid talking it. Death.

But not Molly Carlile. She calls herself the death talker. Working in palliative care as a nurse and grief counsellor for 20 years, she has helped families have conversations that almost always turn from something uncomfortable into something comforting.  Far too often, she says, we wait until death is stalking us to talk about it. Molly Carlile offers  a road map for that difficult terrain in her book. The Death Talker What We Need To Talk About When Confronting Death.

April 25, 2015 began early for Everest Base Camp manager Anthea Fisher. Back home in New Zealand it was ANZAC Day but high in the Himalayas, Anthea was focused only on her job.

She’d gotten up while it was still dark to see off her climbers as they began their first trek up to Camp 1. Anthea tells Eyewitness producer Justin Gregory that she was enjoying the relative peace and quiet of a nearly empty base camp.