Afternoons with Jesse Mulligan for Monday 4 May 2015

Hey World (Don't Give Up) by Michael Franti.  Chosen by Michael Tavares

We get a progress report from Auckland Zoo on latest giraffe calf – a 1.8m tall female. 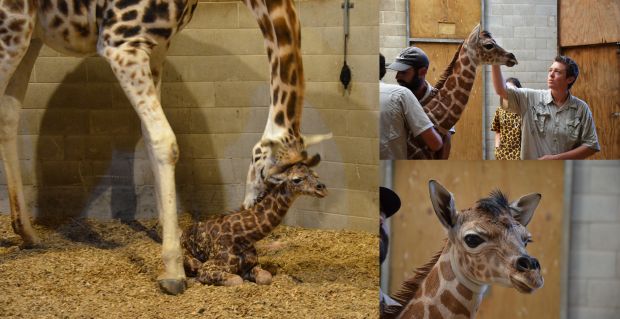 A shark scientist is on a mission to dispell the myths around sharks. Riley Elliot is doing a PhD in shark research at Auckland University, and when he's not in the water himself, he's campaigning to save sharks from being harvested, overfished and killed.

Shostakovich wakes to an empty home after a family row and meets Sollertinsky, Artistic Director of the Leningrad Philharmonic, who tells him the Germans are evacuating their own diplomats from the city.  Karl Eliasburg, the second best conductor in Leningrad, eats a meagre breakfast with his elderly mother and buys a newspaper to read the review of the Philharmonic's concert.  The critic Druskin says it was saved by the conductor Mravinsky

Ian Fleming, the assistant to the director of British Naval Intelligence in 1943, visited Jamaica to deal with U-Boat raids in the Caribbean. He vowed to return after the war to swim in the sea and write books. And so he did. James Bond Books.  Goldeneye: Where Bond Was Born: Ian Fleming's Jamaica by Matthew Parker is an account of Fleming's life on the island, full of love affairs and loss, that 007 himself might have envied

What the world is talking about.  With Jim Mora, Noelle McCarthy, Wendyl Nissen and Scott Yorke