The world is on the brink of a climate catastrophe, with just a narrow window for action to reverse global processes predicted to cause devastating effects in the Pacific and world-wide, says the leader of the 18-nation Pacific Islands Forum. 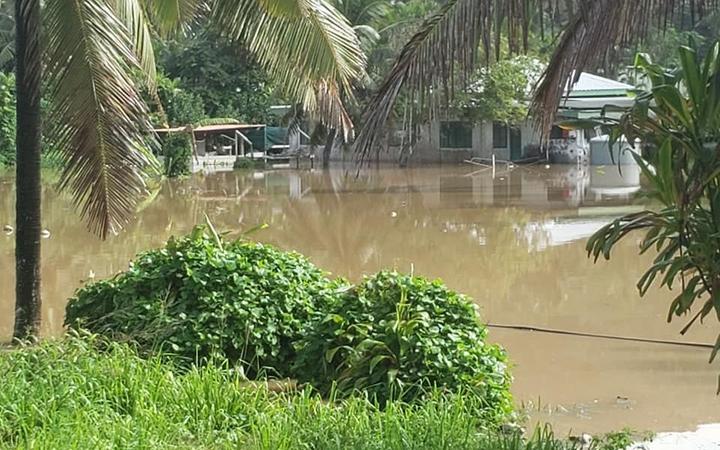 Floods in Pacific Island nations, like this one that inundated parts of Rarotonga last year, are predicted to increase due to climate change. Photo: Minister George Maggie Support Office

Forum secretary general Henry Puna said a major UN scientific report released on Monday backed what the Blue Pacific continent already knew - that the planet is in the throes of a human-induced climate crisis.

The report from the International Panel on Climate Change (IPCC) described a "code red" warning for humanity.

Puna said a major concern was sea level change; the report said a rise of 2 metres by the end of this century, and a disastrous rise of 5 metres rise by 2150 could not be ruled out.

The report also found that extreme sea level events that previously occurred once in 100 years could happen every year by the end of this century.

To put this into perspective, these outcomes were predicted to result in the loss of millions of lives, homes and livelihoods across the Pacific and the world.

The IPCC said extreme heatwaves, droughts, flooding and other environmental instability were also likely to increase in frequency and severity.

Puna said governments, big business and the major emitters of the world could no longer ignore the voices of those already enduring the unfolding existential crisis.

"They can no longer choose rhetoric over action. There are simply no more excuses to be had. Our actions today will have consequences now and into the future for all of us to bear."

The call urged the UN to do more to persuade industrial powers to cut their carbon emissions to reduce contributing to climate change.

However Puna said the factors affecting climate change could be turned around if people act now.

"The 6th IPCC Assessment Report shows us that the science is clear. We know the scale of the climate crisis we are facing. We also have the solutions to avoid the worst of climate change impacts.

"What we need now is political leadership and momentum to limit global warming to 1.5 degrees."