The Fiji women's sevens rugby side have clinched their first Olympic medal beating Great Britain 21-12 for the bronze at the Tokyo Olympics on Saturday. 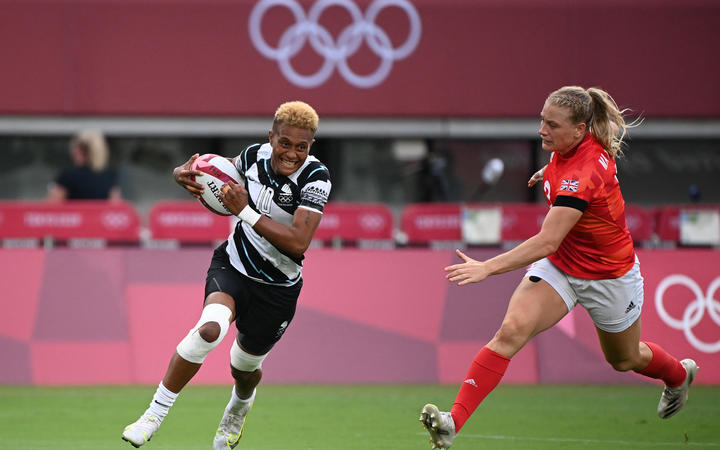 It was a historic win for the Fijiana after coming close to upsetting the New Zealand Black Ferns in their semi-final earlier, going down 22-17.

Star wing Aloesi Nakoci opened the Fijians' account with a try under the posts. The conversion was successful as Fiji led 7-0.

They extended their lead from an impressive onslaught on the blindside and to the 22-metre line.

Captain Rusila Nagasau led from the front in defence stopping the Brits attack.

And there it is! The Fijiana have won #Olympics #BRONZE!

A brilliant tournament from this team and a second medal at #Tokyo2020 for @fijirugby!#HowWeSevens | #Rugby pic.twitter.com/ue1MRYbDra

But Great Britain managed to come back and split the Fijian defence to go over for their first try with captain Megan Jones scoring just before half-time.

The Fijiana opened the second half the way they did in the first.

A penalty at halfway and the Fijiana managed to break the GB's defensive line. Top try scorer Reapi Uluinasau scooped a loose pass to sprint down half the field to score under the posts. Fiji lead 21-5. 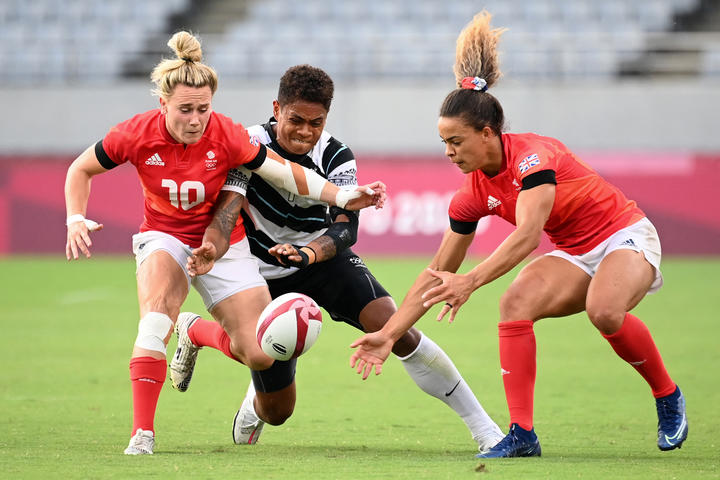 But Great Britain rallied back and were rewarded with a try near the uprights to close the scores to 21-12.

With less than two minutes to go, the Fijiana hung on to secure its first Olympic medal - and a first ever Olympic bronze medal for the Pacific.

The Fijiana finished eighth at their 2016 Olympics in Rio but came of age over the past three days in Tokyo. 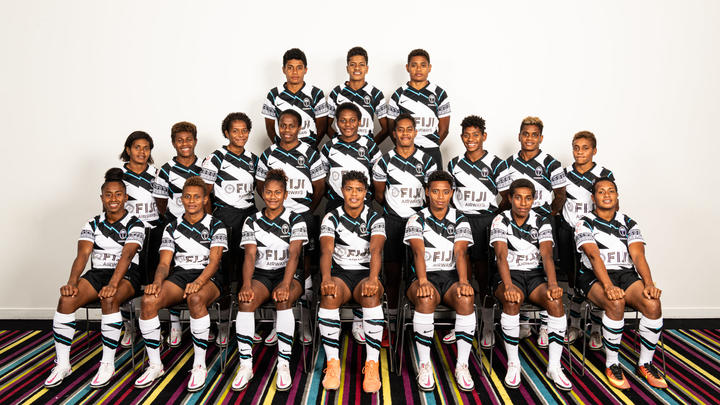 After a first defeat to eventual silver medallists France, the Fijans beat 2016 bronze medallists Canada and Brazil to qualify for the knockout rounds.

Saiasi Fuli's side then stunned Rio gold medal winner Australia 14-12 in the quarter-finals before taking World Series champions and subsequent gold medal winners New Zealand to extra time in the semi-finals, where a few key decisions went against them in a 22-17 defeat. 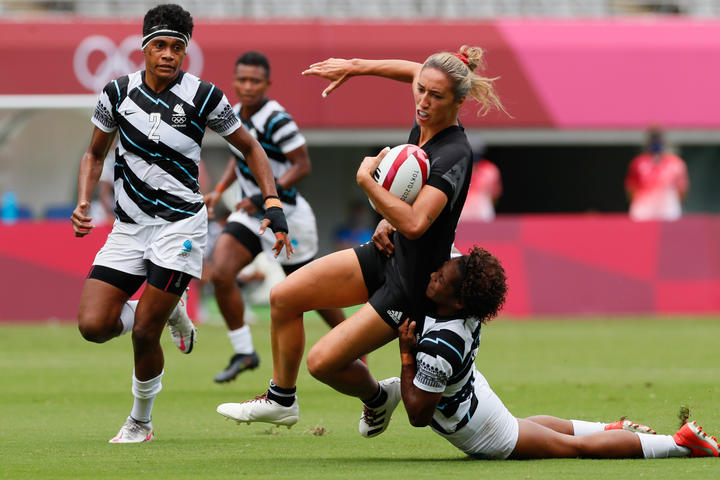 Fiji has now won one gold and one bronze medal at the Tokyo Games.

The New Zealand Black Ferns took out the gold medal after defeating France 26-12 in the final.