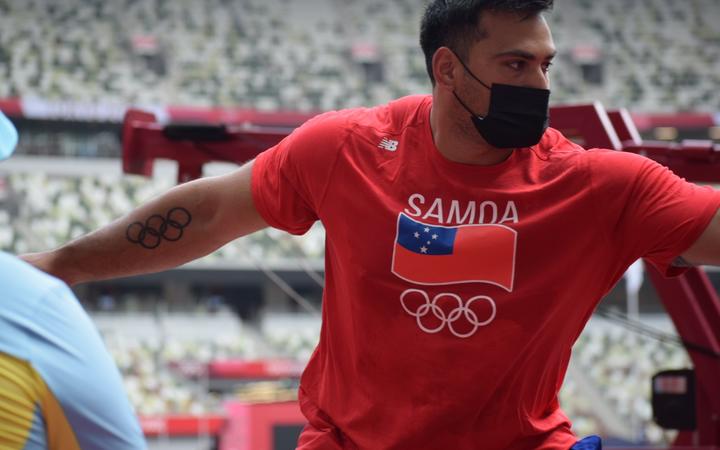 It has been an action-packed week thus far at the Tokyo 2020 Olympics and Day 7 looks to be no different as Tokyo officials ready their starting pistols for the commencement of the Athletics events.

Alex Rose looks to give Samoa a boost when he takes to the discus throwing circle today.

Rose has previously represented Samoa at the Rio 2016 Olympics. He has long dreamed of making history for Samoa, aiming to become the first from the island nation to qualify for an Olympic track and field final, but admits he won't be sure how it would feel to actually pull it off, telling the Samoa Observer "I'd probably just start crying."

Rose throws in Group B, scheduled to start 2:20pm NZT.

Nathan Crumpton will be representing American Samoa in the Men's 100m event today.

Congratulations to Nathan, who will make his Olympic Debut for ASA in the Men’s 100m. pic.twitter.com/NNT5xthh07

Crumpton is a multi-sport athlete, who is working on competing in skeleton at the 2022 Winter Olympics in Beijing, China.

Guam runner Regine Tugade-Watson will advance to the first round of qualifiers after finishing fourth in Heat 2 of the Women's 100m sprint today.

Ensign Regine Tugade-Watson, 23, who trained for the Olympics by sprinting across the deck of a warship on patrol in the Atlantic Ocean, will be competing for Guam in track. https://t.co/3d2m09L2pa

The first 3 in each heat qualify, while the next fastest will advance to Round 1 of the qualifiers.

The 23-year-old finished behind Iran, Malaysia and Kuwait, with a season best of 12.17 seconds.

Meanwhile Tuvalu runner, Matie Stanley, finished 8th in Heat 3 of the Women's 100m sprint. Despite finishing 8th out of 9 runners, she recorded a personal best of 14.52 seconds.

Rio Rii was amongst the first athletes to compete at the Tokyo 2020 games, when the Men's Single Sculls Heats were underway on the same day of the Opening Ceremony.

Today he squares off against Kuwait's Abdulrahman Alfadhel in Final F of the Single Sculls.

The Fiji women's sevens team has secured a spot in the Olympics quarter-finals later tonight, with a 41-5 victory over Brazil this afternoon.

Fiji have won two of their three games so far, losing their first pool game to France before coming together for a stunning 26-12 win over the 2016 bronze medalists Canada yesterday.

Fijiana will have to wait for the conclusion of all pool games to confirm who they'll play in the quarterfinal played tonight at 9pm.

Te Ariki Numa (Papua New Guinea) and Eroni Leilua (Samoa) will be aiming to sign off their Tokyo 2020 campaigns on a strong note, with the two final qualifying races of the Sailing - Men's Laser event set to take place today.

While a spot in the final medal race seems unlikely for the two sailors, both are hoping to improve upon previous performances.

Female sailors Rose-Lee Numa (Papua New Guinea) and Sophia Morgan (Fiji) will also be setting their sights on a satisfactory finish ahead of races 9 and 10 of the Sailing - Women's Laser Radial.

One of only two athletes representing the Marshall Islands, many eyes will be on Phillip Kinono to see how he fares against the world's best swimmers in the 50m freestyle. 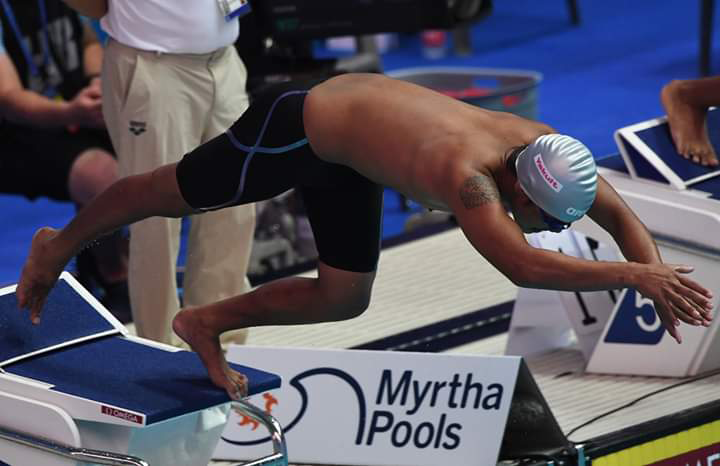 Representing Palau is Shawn Dingilius-Wallace, who is the first of a team of only three athletes from the island nation to compete at Tokyo 2020. Dingilius-Wallace will also be competing in the Men's 50m freestlye.

As the second athlete from Palau's team of three to compete at Tokyo 2020, Osisang Chilton will be looking to impress tonight at the Women's 50m freestyle. Chilton will be swimming in Heat 2.

Day is no stranger to the water, being the youngest person to swim the Apolima Strait (the body of water separating Samoa's Upolu and Savaii islands) at the age of 14.

Telling TheCoconet TV, "I grew up around the ocean. My house is right next to a lagoon and my parents always encouraged me and my brother to swim when we were younger. It wasn't until I was eight that my mum found a swim club, and as soon as I started competing I knew it was something that I wanted to continue."

Black Kids Swim will continue to highlight all Black Swimmers in the Tokyo Games. Follow #blackolympicswimmers for information on upcoming races and wins. pic.twitter.com/nNtuAZltbk

Cheyenne Rova comes from a swimming family and is hoping to make them all proud. Her sisters Adele and Rosemarie have both represented Fiji in swimming. Rosemarie won gold alongside Cheyenne in the women's 4x100m freestyle relay at the 2019 Pacific Games in Apia, Samoa.

Rova will be competing in Heat 5.