The US Secretary of State has warned Pacific leaders about increasing threats and coercion in the region, in a veiled swipe at China's growing influence. 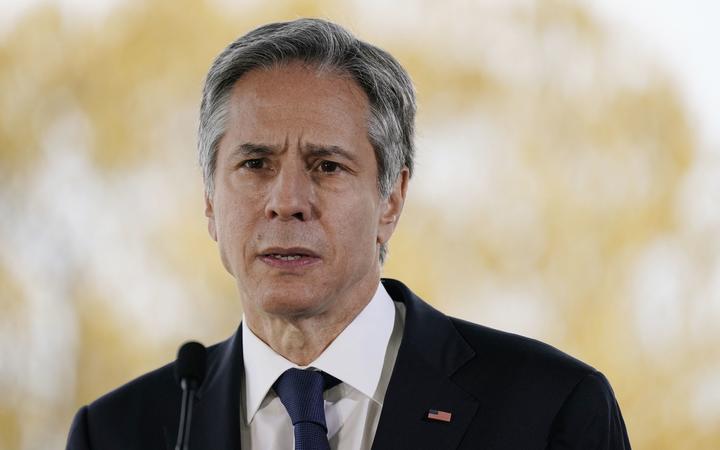 Antony Blinken told a virtual summit of leaders and delegates from 11 Pacific countries that economic coercion across the region was on the rise.

While making no specific mention of China, he also spoke of threats to order in the region.

"The United States is all for more development and investments in the Islands, but that investment should adhere to international standards for environmentally and socially sustainable development, and should be pursued transparently, with public consultation.

"And every country, no matter its size, should always be able to make choices, without fear of retribution."

The US is the fifth-largest donor in the Pacific, behind Australia, New Zealand, China and Japan.

Blinken said the US planned to step up its commitment to the region, including funding for a swathe of projects.

Renewed focus on climate issues from the US

Blinken stressed an increased response to climate change by the US, including in the Pacific.

Pacific leaders were some of the most vocal critics of the climate policies of the previous Trump administration.

But the new US president Joe Biden has rejoined the Paris Agreement and announced other measures.

Blinken told the Pacific leaders meeting he was aware of how catastrophic the climate crisis is for the Pacific.

"We're out of time for excuses, countries must make and beat ambitious commitments, and governments need to invest in climate adaptation measures that all our communities will need to make.

"President Biden set out targets to reduce US emissions by at least half, by 2030. And we intend to double our public climate funding and triple adaptation funding by 2024.