The Marshall Islands says it will ensure the Pacific voices are heard at today's US Leaders Summit on Climate Change.

The Marshalls is the only Pacific nation invited to US President Joe Biden's summit table.

President David Kabua, New Zealand Prime Minister Jacinda Ardern and 38 other leaders, including Australia's Prime Minister Scott Morrison, have been summoned by the American leader to address the climate crisis. 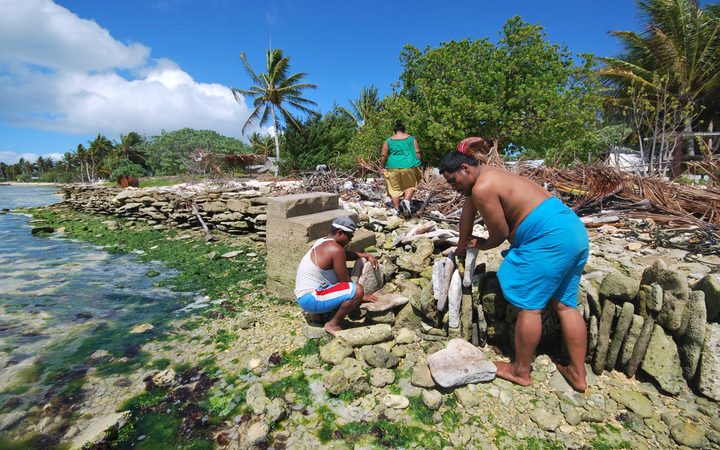 Since taking up office in the White House in January, Biden has made clear he wants to reassert US leadership on the world stage, including on climate change.

During the two-day virtual meeting, Biden is expected to send a message that America is returning to the climate fight.

He is also expected to influence the leaders toward a greener planet more than specific deals or actions.

Biden's climate envoy, John Kerry, has been meeting with Chinese officials to garner support for the summit.

The US and China are the world's two biggest carbon polluters and agreed to co-operate to curb climate change with urgency.

According to a joint statement, the agreement was reached by Kerry and his Chinese counterpart, Xie Zhenhua, during two days of talks in Shanghai last week.

The first high-level visit to China by a Biden administration official last week cemented both countries' desire on concrete actions "in the 2020s" to reduce emissions.

This is a victory for Washington after bilateral talks on fighting greenhouse emissions failed to achieve any success during the era of Biden's predecessor Donald Trump.

China and the US "are committed to co-operating with each other and with other countries to tackle the climate crisis, which must be addressed with the seriousness and urgency that it demands", the statement said.

Kerry said the language in the statement was "strong" and that the two countries agreed on "critical elements on where we have to go."

But the former US secretary of state said "I learned in diplomacy that you don't put your back on the words, you put on actions. We all need to see what happens". 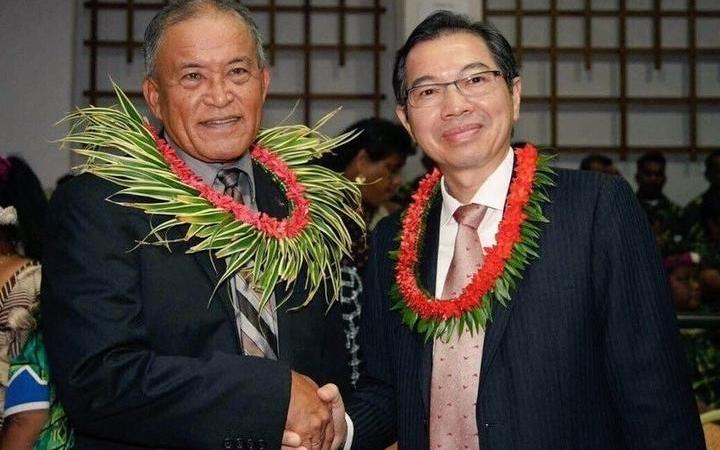 Marshall Islands President David Kabua, left, with Taiwan ambassador to the Pacific nation Jeffrey Hsiao. Kabua has been invited to US President Jo Biden's climate summit this week. Taiwan has not been invited. Photo: Twitter

The Marshall Islands welcomed Biden's invitation and assured they would take the Pacific voices to the summit.

Minister of Foreign Affairs Casten Nemra said Kabua would also ensure the talks captured as many diverse viewpoints as possible.

The US had invited other voices such as "leaders charting innovative pathways to a net-zero economy", he said.

The Marshalls was honoured to be invited to the talks, Nemra said.

"We look forward to engaging with other member countries that will be at the summit. We will be presenting a number of issues that does not only affect the Marshall Islands but the region as a whole.

"We all have our own shares of challenges, constraints in how government and our societies are coping with the effects and fighting the effects of climate change."

Bilateral relations between Majuro and Washington were special, but "we're a nation of five single islands and 29 atolls, most of them low-lying and barely few feet above the sea-level", Nemra said.

"And the issues we will be presenting will not focus solely on the Marshall Islands but really it also involves other island countries in the region and beyond."

Why Marshall Islands is in, and Fiji out

That no other Pacific Islands representatives were among the leaders invited by Biden has raised eyebrows in the region, particularly with the Marshalls no longer a member of the Pacific Islands Forum following its decision to withdraw from the regional body after the outcome of the recent election of the secretary-general position.

Fijian Prime Minister Frank Bainimarama's government sought an explanation from the US Embassy in Suva on Fiji's omission.

An embassy official confirmed a meeting was held between the US mission and Fijian government representatives but could not say what was discussed. 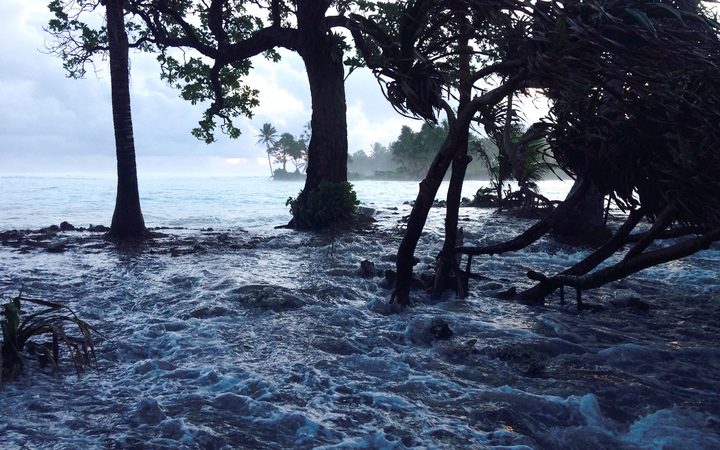 Despite presiding over the UN climate negotiations during COP23, Fiji was not included among the 40 nations invited by Biden to the talks.

When quizzed about Fiji's non-inclusion, the Chargé d'affaires at the US Embassy in Suva, Tony Greubel, said Fiji was not needed at the summit. 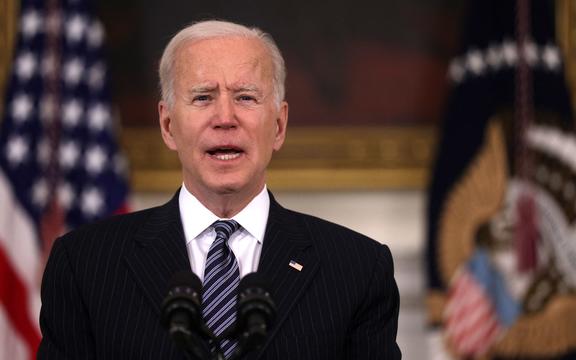 "Fiji is not a major emitter and so there is no reason for a lot of small island countries to be invited."

Greubel said the Marshall Islands was invited as chair of the High Ambition Coalition while Fiji was being represented by Barbuda and Antigua, chair of the Small Island States.

But he said all leaders were invited to watch the virtual meeting and "we welcome public statements from all governments in support of the summit's objective of enhancing global ambition on climate change".

Nemra said the Marshall Islands had been "heavily involved" in the climate fight as far back as the 44th Pacific Islands Forum Leaders Meeting in Majuro in 2013.

The Majuro Declaration was signed then by member states including the US, UK and the European Union, Nemra said.

"The document highlights the commitment of the leaders of the Pacific Islands Forum nations to the reduction and phasing down of greenhouse gas pollution worldwide, with the leaders wanting to spark a new wave of climate leadership.

"And this was the main critical catalyst of climate action in 2015." 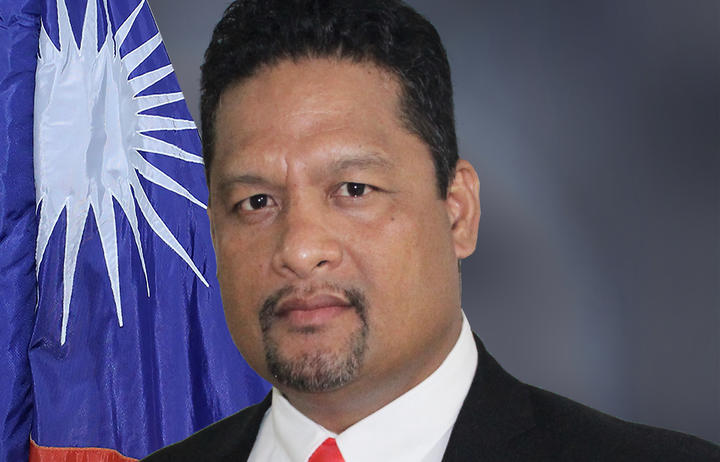 The summit would also reconvene the Major Economies Forum (MEF) on Energy and Climate, a US-led initiative that played a vital role in delivering the Paris Agreement, he said.

Prior to that, the Marshalls was involved in the negotiations leading up to the Paris Accord in particular the High Ambition Coalition, Nemra said.

Today's summit is only one of several major climate-related events in the run-up to the global COP26 event in the UK in November.

The main focus was to encourage and enhance the world's major economies in limiting warming to 1.5 degrees Celsius.

Other items on the agenda include emissions reductions, finance, innovation and job creation, and resilience and adaptation.