The outgoing head of the Pacific Islands Forum has decried how the region is increasingly defined by the interests of external powers.

She has also warned of the dangers of the pre-eminent Pacific Islands organisation splitting up into sub-regional groupings at a time when geopolitical interests are converging. 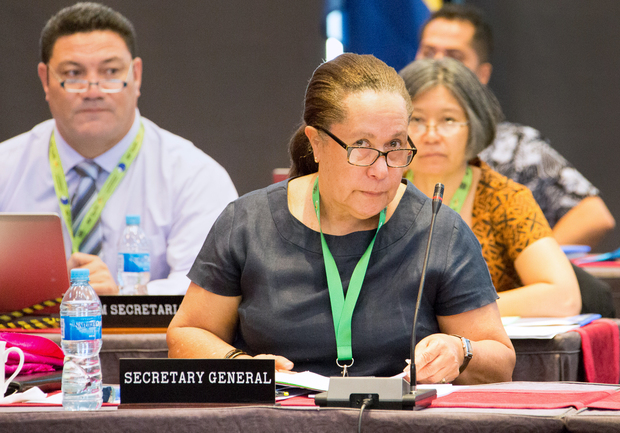 Dame Meg Taylor, who has signed off after six years as the Forum's Secretary General this month, held an online talanoa for regional journalists where she reflected on the big issues confronting the Pacific.

One of them was the wrestle for influence and strategic foothold in the Pacific by larger, external countries, what others have described as a "high-stakes rivalry" between China and the US.

Dame Meg said she had always pushed hard for the Pacific Islands group to makes its own decisions without the influence of other powers.

"I find it so offensive that all of a sudden the region that we all come from is defined by people who are great military powers, who have no consideration for the peoples in the region, or our governments in the Pacific, and the lack of deep consultations.

"I am concerned about the geopolitics that is playing out in the region. I think that this redefinition of the world into Indo-Pacific with no conversation with the leadership of the region is almost like our countries are irrelevant."

A case in point was Japan's recent announcement that it would soon deposit over a million tonnes of nuclear waste water in the Pacific Ocean.

"How come the Pacific was never consulted on these kinds of issues?" Dame Meg asked, adding her concern about the potential impacts on Islands peoples and their resources, particularly fisheries.

According to Japan's government, the wastewater to be released is to be treated by an Advanced Liquid Processing System, which will remove nuclides, with the water to be re-purified and diluted to meet regulatory standards, while the safety of the discharge would be ensured.

However as well as concern about Pacific Island countries not being consulted enough on such matters, Dame Meg warned Pacific Islanders that nothing given to them by bigger powers came without owing them something in return.

"All these things need to be discussed, and discussed by peoples in the Pacific."

Of all the significant problems facing the Pacific Islands, climate change is the biggest, according to Dame Meg, and the one which major powers in the region are not discussing enough.

Reflecting on key achievements during her tenure in the Forum role, Dame Meg highlighted the Kainaki Declaration on the 'climate change crisis' at the 2019 Forum leaders summit in Tuvalu.

Difficult negotiations with Australia in particular over the Declaration highlighted the extra challenges Pacific Island governments face in navigating their relationships with aid partners while trying to fight for their very survival as a people.

Dame Meg lamented that an important partner such as Australia wasn't on the same page as islands countries regarding how to respond to climbing global temperatures.

She expressed deep concern about sea level rise and what it would mean for Pacific Island countries' maritime boundaries. 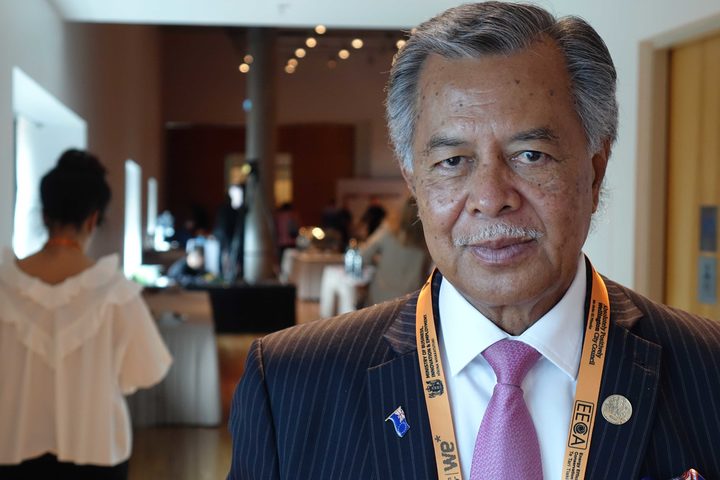 The election of Dame Meg's successor as Forum Secretary General could hardly have been more controversial.

Among the four other candidates was Marshall Islands diplomat Gerald Zackios and his failure to get the top job prompted the five Micronesia members of the Forum to announce they would leave the organisation as they believed they had a gentlemen's agreement that it was Micronesia's turn to hold the role.

Dame Meg noted that there would be lessons learnt from the fallout, although Puna's promise to work hard to heal the rift is unlikely to mollify Micronesian leaders.

However, a review of how the secretary general is appointed is underway. Dame Meg said there had been a lot of work going on behind the scenes, the outcome of which would go to leaders for approval in due course.

While the Micronesian states look to retreat to their own grouping in the north Pacific Islands, countries in the Pacific's other two sub-regions, Melanesia and Polynesia, already have their own sub-regional groupings.

Wary of increasing fracture of the Forum, Dame Meg said there should be a political discussion about how the sub-regions operate together, stressing that the Pacific Forum needed all countries in this diverse islands region to stand together to best protect their common interests.

"I believe in the ocean continent of the Blue Pacific. Yes there are cultural issues, there are political issues, and if we divide into our sub-regions and then get played off by geo-strategic interests, our own interests as a collective will be undermined.

"Holding a region together isn't easy," Dame Meg conceded. "But I think there is a consensus in the Pacific that it's when you stick together that we have the greatest voice."

As for her own next steps, the Papua New Guinean said she was looking to finally return home after a long time away.

"Home calls my heart," she said, revealing she would take time out to decide on her future path.

Dame Meg Taylor is relishing a step away from being at the helm of this diverse regional body for six years, but it's also clear that fears for the future of the Pacific Islands will stay with her.