Fiji's government says there's no need to declare an emergency, despite a growing number of cases of Covid-19. 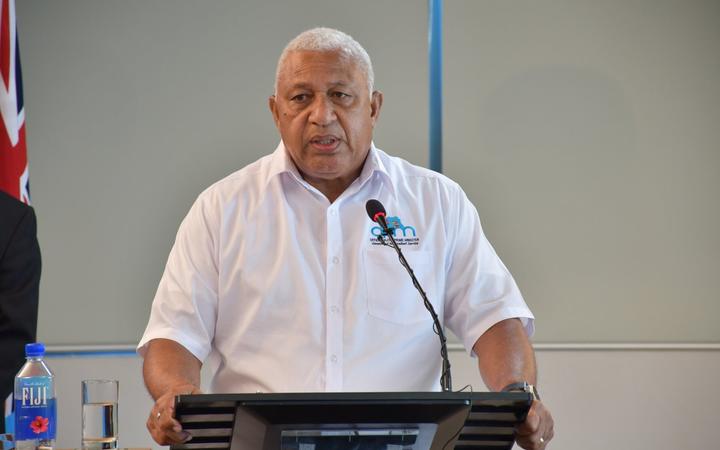 Of the 35 latest cases, 14 of them linked to the country's main hospital in Suva.

The opposition and civil society groups have called for the government to consider declaring a state of emergency.

But Prime Minister Frank Bainimarama told Parliament today it wasn't necessary: "There is no need to declare a state of emergency".

He said it is within the scope of the Ministry of Health to decide whether it was necessary to take that option, and it had not expressed the need.

Bainimarama said health officials are working with district representatives in all the provinces, to ensure Covid-19 health restrictions are followed.

He said 44 isolation communities had been set up within the four divisions across the country.

Earlier, the opposition Social Democratic Liberal (SODELPA) MP Mitieli Bulanauca said it was important that village heads and district representatives were informed about the symptoms of Covid-19.

Bulanauca said the government should ensure that the relevant information on the virus was being made available to those in the remote areas and outer islands.

All travel to Viti Levu has been shut down, except to those granted an exemption permit, to try to stop the spread of the virus.

To relieve demand for quarantine spaces, some people have been shifted to facilities in Nadi to finish their quarantine after returning an initial two tests.

And curfew and border passes have been extended until 14 June.