Fiji's case count since its most recent Covid-19 outbreak began in April this year is now over 300.

The Health Ministry on Wednesday evening confirmed that 35 more people had been infected.

All the new cases are from existing clusters and include seven soldiers from the military barracks cluster in the capital Suva, three more from the country's main hospital and another three from Nawaka in Nadi.

Fourteen patients have recovered, leaving the total active cases to 323.

The ministry reassured the public the new cases were not frontline military or healthcare workers engaged in community surveillance and testing. 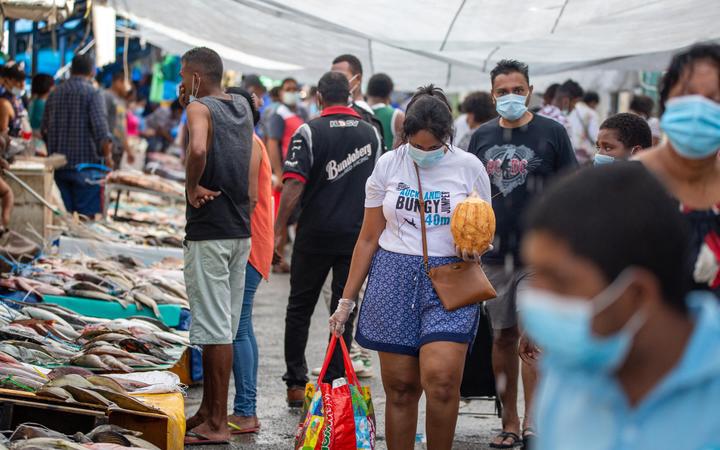 Fiji's military, which has provided critical support to the government's Covid-19 response, has not been immune.

There are more than 300 patients carrying the Delta variant and one of the fastest rising clusters is the naval division.

Delta is the term the World Health Organisation (WHO) uses to refer to the variant first found in India, formerly called the Indian variant.

Most of the officers are on board the hydrographic survey vessel RFNS Kacau which can carry up to 30 crew. There are infected sailors on two other ships Naupoto did not name.

"QEB (Queen Elizabeth Barracks) is back up and running, our hospital has been sanitised, so it's just the Navy now that we are looking at right now.

"They are just living on the ships now, those positive cases. They all come under the MOH protocol and basically they are all on board, they are all okay. I checked with them this morning," Commander Naupoto said.

He said the military, despite having to temporarily close its main base (QEB) in the past fortnight, continues to provide security services for the government's Covid-19 response teams.

"We're continuing on with that work (providing security) and we are ready to provide even more support in all aspects of the work that we are doing right now with the Ministry of Health," the head of the military said.

"We are part of surveillance teams, doing screening with the containment efforts, moving people from primary to isolation centres and the other services that we provide and there is no change.

"We are there and we are trying to assist even more, but we are just trying to pace ourselves to make sure that we have a bit of rest and that we are 100 percent alert when we are out there." 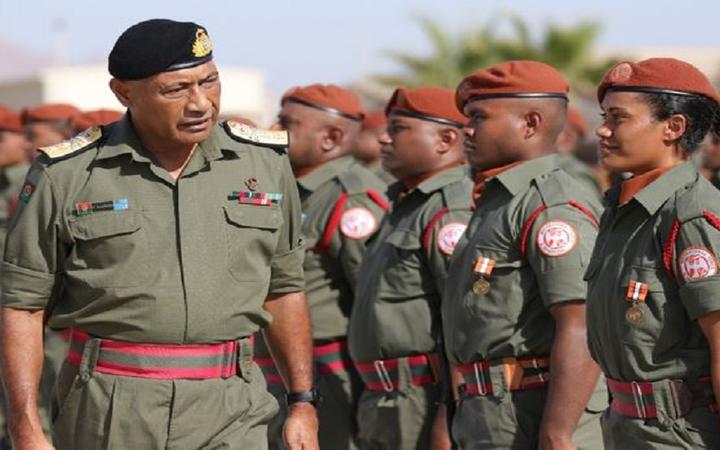 The army commander said they were carefully managing their human resources because positive cases within its ranks had the ability to take out entire groups.

"We are very mindful because for us, we drop its in higher numbers than other government ministries because we work in teams.

"We become redundant in higher numbers when one person becomes positive more goes down."

At the start of the outbreak, the RFMF had separated its troops into bubbles housed in schools near QEB in anticipation of when troops would contract the virus.

"We have troops that rotate into those jobs and when they come back, you need to stay for a few days before you can go back to your family. So there's a rotation plan in place just to make sure that these people are 100 percent when they go up to do this work. At present, we have people in reserves and we have people on standby."

RFMF medical units currently serving in the Middle East have administered the second dose of the AstraZeneca vaccine to soldiers expected back in Fiji in a few weeks.

Meanwhile, the body of a peacekeeper arrived in Fiji today from the Middle East on an New Zealand Air Force aircraft.

According to a military statement, the late WO1 Amenistia Vatoga died on May 13 in the Golan Heights and his death is not Covid-related.

"RFMF had requested the Royal New Zealand Defence Forces (RNZDF) for some assistance in receiving the late WO1 Vatoga given he was unaccompanied due to COVID-19 travel restrictions," the army said.

"The RNZDF not only provided a formal military reception on his arrival, they offered to convey the late Warrant Officer Vatoga home.

"WO1 Vatoga's final journey home was concluded this afternoon when a RNZDF C-130 Hercules aircraft landed in Nadi, accompanied by pall bearers from the RNZDF."

"It is always difficult for me to receive a fallen soldier, who has passed away in a foreign land. The big RFMF family is grateful to the RNZDF for their support, including the New Zealand High Commission in Suva, and the Office of the Royal New Zealand Defence Force Advisor." 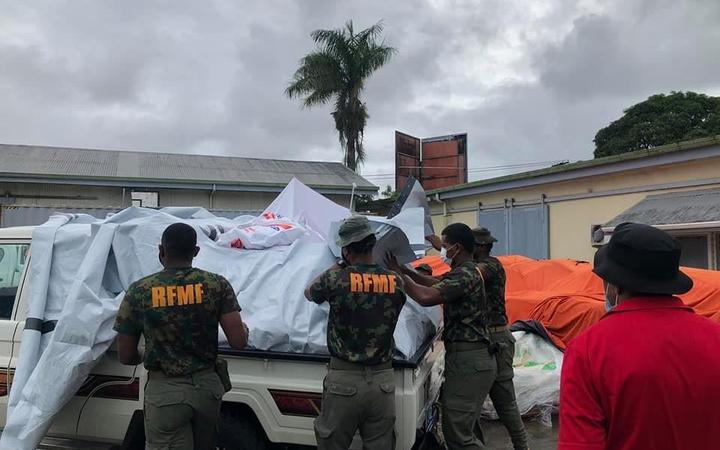