A leading figure in West Papua's independence movement has been arrested by Indonesian police in relation to large protests in 2019.

Victor Yeimo is the foreign spokesman for the West Papua National Committee, or KNPB, which has a large following in the Indonesian-ruled provinces of Papua region. 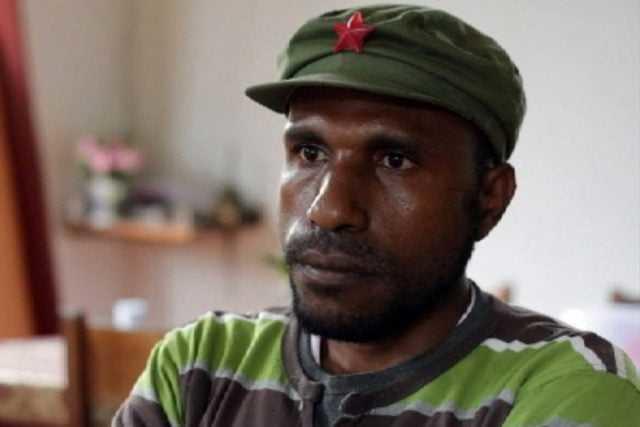 Yeimo has been on a police wanted list for treason suspects related to his alleged role in the widespread anti-racism protests in August and September 2019.

The protests in a number of cities and towns in the region followed highly publicised racist attacks on Papuan students in Java.

The protests were met with a crackdown by Indonesian security forces, and interference by militia groups, with dozens of deaths recorded in the ensuing unrest.

It's understood Yeimo is being held at police headquarters in Jayapura.

He's the latest of a number of Papuans to have been detained over alleged treason following the protests, including the so-called 'Balikpapan Seven' who subsequently received jail terms of between ten and eleven months in East Kalimantan.

During the Balikpapan Seven trials, judges and prosecutors repeatedly focussed on Yeimo when questioning the defendants.

Yeimo has been calling for negotiations between the West Papuan independence movement and Indonesia's government, saying Papuans would not stop demanding a legitimate self-determination process.

His arrest came as Indonesian military operations in Papua region intensified, in response to more violent attacks by West Papua Liberation Army guerilla fighters who killed an Indonesian intelligence chief in an ambush two weeks ago.

In announcing the official's death at a news conference in Jakarta, Indonesian president Joko Widodo vowed a military crackdown in Papua.

His government has now also formally declared the Liberation Army a terrorist organisation, following the decision to designate the 'terrorist' categorisation to West papuan independence fighters in a move that has concerned human rights defenders.

These developments have also happened at a time when internet services to Papua have been disrupted.