An Indonesian court has found six activists guilty of treason for their role in protesting in support of West Papuan independence last August. 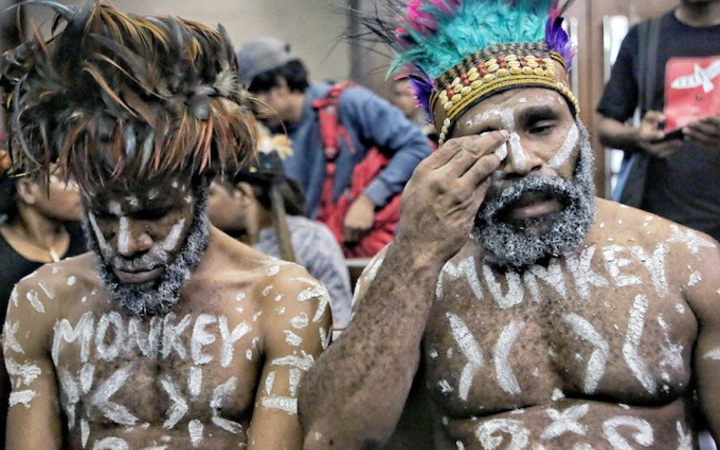 A panel of judges at the Central Jakarta District Court gave them all nine-month sentences, except for Isa Wenda, who received eight months.

The Jakarta Post reported that the sentences were delivered in a virtual verdict hearing.

She also danced and sang a song with the lyrics, "We are not red and white [the colours of the Indonesian flag]," during the 28 August protest.

Tabuni was found guilty of treason in the form of a speech at the same protest, where he demanded that the government immediately hold a Papuan independence referendum.

The remaining activists were found guilty of attending the protest and voicing their opinions over the referendum demand.

Judges said during the session that all defendants had violated Article 110 in relation to Article 106 of the Criminal Code Law (KUHP) for conspiring to promote "secession".

The sentence is lower than the one year and five months in prison demanded by prosecutors.

The activists' lawyer, Oky Wiratama, said she was disappointed with the verdicts and questioned the process.

"[The verdict stated that] treasonous acts have pros and cons in addition to containing political substance, so the treason charges can be misused by the government to oppress its citizens."

"If the judges were in doubt, I think the best way to resolve the case would have been to not impose a prison sentence for the defendants. They should be free of charges," Ms Wiratama said.

She added her team would deliberate the case for seven days before deciding whether to appeal.

Amnesty International Indonesia director Usman Hamid said the treason charges might have been misused by the government against individuals who should never have been arrested or detained in the first place.