An estimated 10,000 people in New Caledonia have rallied to demand extending voting rights in provincial elections to all residents. 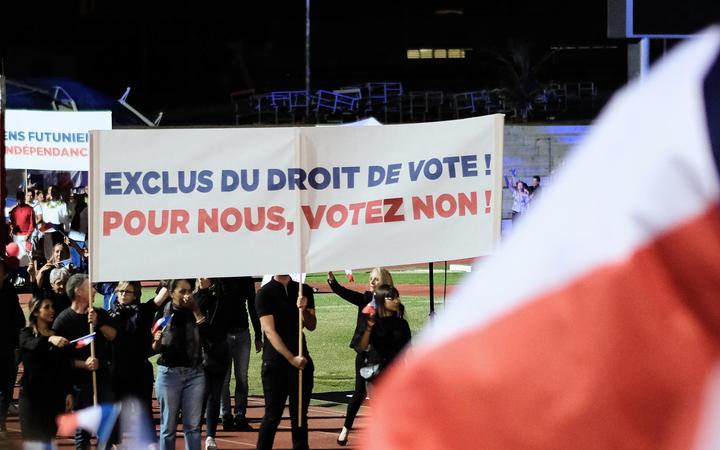 The rally was organised by the lobby group, One Heart One Vote, outside the French High Commission in Noumea where the French overseas minister Sebastien Lecornu is in compulsory Covid-19 quarantine after arriving from Paris.

According to the Noumea Accord, voting in provincial elections is restricted to indigenous Kanaks and those who arrived and registered in New Caledonia before 1998.

One Heart One Vote said this limited the voting rights of 41,000 residents to only French and municipal elections.

The rally came less than two weeks after 53 percent of eligible voters rejected independence in the second of three referendums provided under the Noumea Accord.

Pro-independence politicians have ruled out changing the Noumea Accord, which was also signed by the anti-independence side, to accommodate the group's demands.

The Caledonian Union said it was out of the question to revisit the make-up of the electorate and to try again to overwhelm the indigenous Kanaks in order to deprive it of its right to self-determination.

Two years ago, One Heart One Vote said it would lobby the French Supreme Court, the European Human Rights Court and the United Nations to quash the existing provisions, describing them as discriminatory.

One Heart One Vote is also alarmed at a new proposal of the pro-independence parties to ban non-citizens from being able to buy real estate.