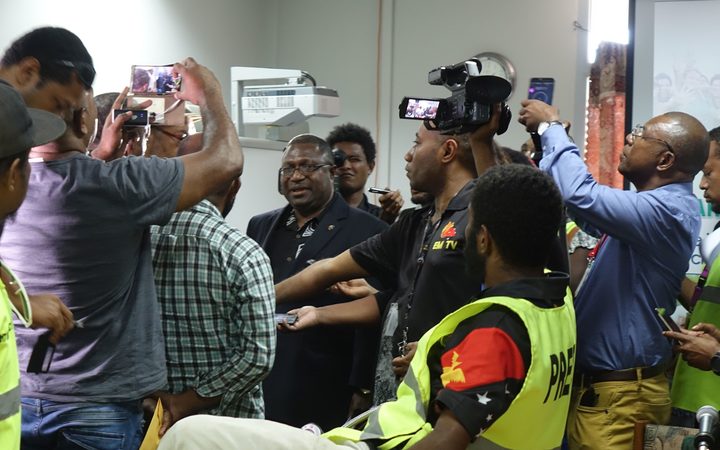 It's the second time police have arrested Gamato for bail infringement since he was arrested and charged for official corruption last October.

The charges stemmed from fraud investigations into a case of official corruption involving the 2017 general elections.

He has now been charged with breaching rules of PNG's Bail Act and interfering with state witnesses.

In an earlier incident, last December, he was alleged to have interfered with state witnesses who were employees of the Electoral Commission.

This time around Gamato was arrested by police after he appeared in court before a magistrate for a ruling on the substantive charges he faces.

The commissioner has been detained at the Boroko police station in Port Moresby, and is due to appear in court later this month.