French Polynesia's pro-independence leader Oscar Temaru says he will today start an indefinite hunger strike over his treatment by the French judiciary. 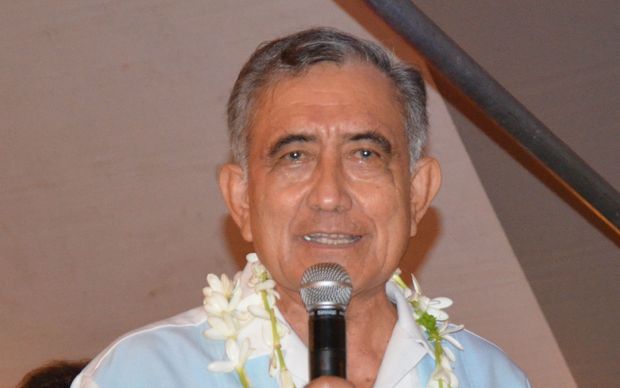 Last week, Mr Temaru found out that the public prosecutor had seized $US100,000 from his private bank account amid a court case over his alleged exerting of undue influence.

He was given a suspended six-month prison sentence last year over the funding arrangements for Radio Tefana, but the conviction is being appealed.

Mr Temaru is now also being investigated in a further case for the alleged abuse of public funds over the reimbursement of his defence team in last year's trial.

The council of Faaa, where Mr Temaru has been mayor since 1983, voted for the payment but his lawyers are now being investigated for benefiting from the alleged abuse of public funds.

Speaking on local television last night, he said he was being treated like a suspected methamphetamine dealer poised to abscond to Colombia.

He said he would now go on hunger strike.

Mr Temaru said the Radio Tefana case was pushed since 2013 after the UN General Assembly reinscribed French Polynesia on the UN decolonisation list.

He had said in the eyes of France he committed treason by taking French presidents to the International Criminal Court over nuclear weapons tests, accusing them of crimes against humanity.