France is being taken to the International Criminal Court over its nuclear weapons testing in French Polynesia. 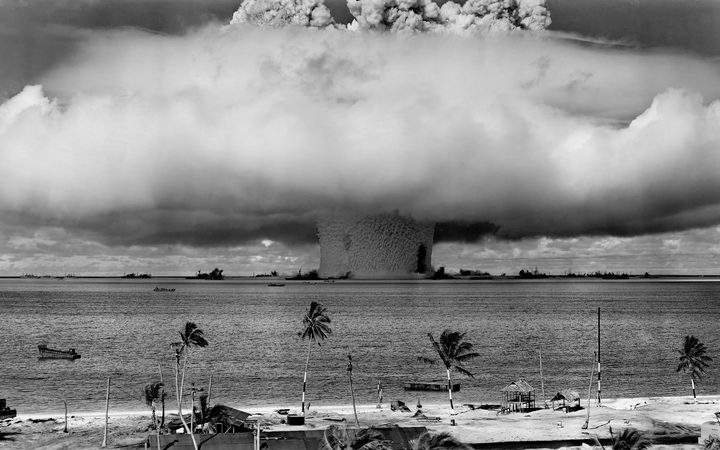 The leader of French Polynesia's Tavini Huiraatira Party, Oscar Temaru, told the United Nations decolonisation committee in New York the complaint for crimes against humanity was lodged a week ago.

Mr Temaru said the complaint was to hold to account all living French presidents since the weapons tests began in 1966.

The action was owed to the people who died because of what he called "nuclear colonialism".

Contrary to French claims that French Polynesia accepted the tests, he says they were imposed under threat by France to set up a military government, Mr Temaru said.

Since 2013, dialogue was sought with France under the auspices of the United Nations but France had ignored all calls for discussions, he said.