Samoa Observer reports Maiava, who is also the head of the National Human Rights Institution in Samoa (NHRI), made his views known in a submission to the Parliamentary Select Committee sitting to review the Bills tabled last month.

"NHRI Samoa does not support drastic amendment of the Constitution. It does not consider this necessary to remedy the problems experienced in the past," said the submission.

"NHRI Samoa suggests instead, Parliamentary consideration of legislation under Article 11(2) of the Constitution." 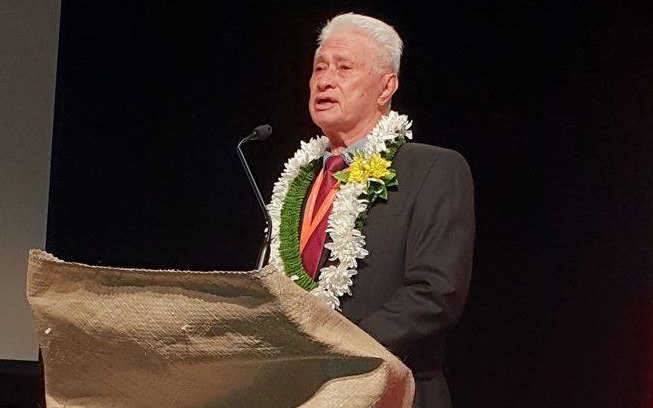 The office of the Ombudsman suggests that government should be addressing the issue of freedom of religion.

The submission said the root of unrest between the village fono and the Supreme Court, on which the suite of three bills are based, is decades of Land and Titles Court decisions being overturned on matters of religious freedom.

Maiava recommends that instead of the three bills which would have "injurious consequences" on fundamental freedoms, the country should take a closer look at one specific article of the Constitution for legislation and that is religious freedom.

He said that Samoa has never created new laws to guide the Courts on protecting religious freedom rights in accordance with village custom, leaving it up to the Courts to decide.

Article 11 of the Constitution.

He said that the three Bills do not clearly achieve "highly desirable objectives" in any substantive way.

The submission also said it generally supports the operational expansion of the Land and Titles Court's judicial mandate.

But he said NHRI is fiercely against removing it from the Supreme Court that will not remedy the problem people have with the LTC which are largely from human, not structural failings.

"Instead it may further entrench the idea that individual rights are somehow in opposition to communal rights which contracdicts the Fa'aSamoa concept of mutual recognition of individual dignity."

"A community is a conglomerate of individuals with rights and obligations toward one another, such as the obligation to respect and accept the wishes of the majority in a democracy," Maiava said.