The US aircraft carrier Theodore Roosevelt, which has been stuck in Guam for the past month, is struggling to get free of Covid-19.

The New York Times reports that at least one sailor aboard the ship tested positive, according to crew members in recent days. 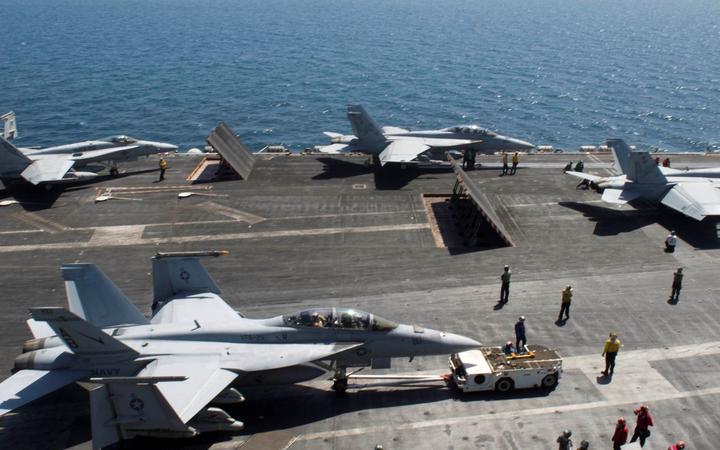 US Aircraft prepare for flight operations on the USS Theodore Roosevelt Photo: AFP

The infected sailor, who had tested negative before reboarding the Roosevelt, was quickly whisked off the ship, which is docked in Guam as Navy officials make preparations for the vessel to deploy.

It further clouds the chances of the ship being able to finally leave Guam.

Navy officials say they have been aggressively screening and testing as crew members return to the Roosevelt after quarantining in Guam over the past month.

According to them, officials on the ship are requiring masks and repeatedly cleaning and sanitising to prevent another outbreak of the virus that struck in March, which infected about 1,100 crew members.

In an email sent to crew, a member of the medical department said one sailor undergoing medical screening had failed for four days to report an inability to smell, often a symptom of the virus.

Navy officials said last week that anyone aboard the Roosevelt who displayed symptoms associated with the coronavirus was immediately tested and, regardless of the results, taken off the ship.

The Navy has reportedly stopped releasing daily updates on the number of virus cases among the crew after publicly announcing that all sailors had been tested.