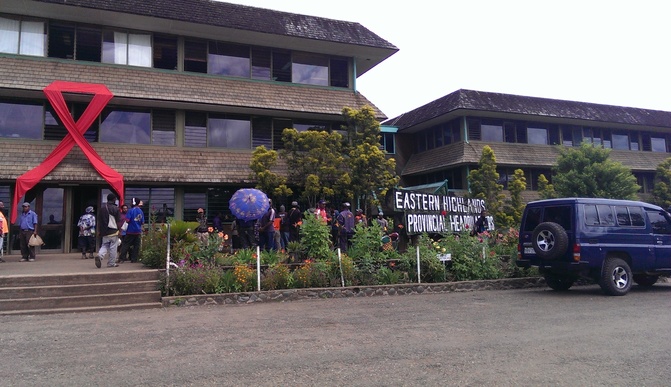 One of PNG's eight coronavirus cases was detected in the province last month, prompting contact tracing and surveillance of those self-isolating.

All of PNG's eight Covid-19 cases have recovered.

The newspaper, the National reported the police locked the Yanepa building and prevented staff from leaving while calling for immediate payment.

Acting provincial administrator Maniha Ipae told the police the process to pay their allowances had started and all officers involved in the operation would be paid.

However, Eastern Highlands governor Peter Numu said the allowances had to come from the national government.

Assistant Police Commissioner Peter Guinness said he would seek clarification on the allowances from State of Emergency Controller, David Manning.

He also called for police involved in Covid-19 operations to be given personal protective equipment (PPE).

"Under my command there is no personal protection equipment for my policemen," Mr Guinness said.

"They are the front liners so I urge authorities also to look into PPEs to strengthen the operation," he said.