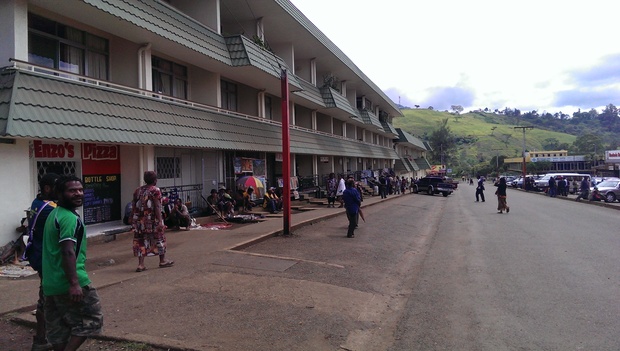 According to the Emergency Controller, David Manning, the case is a 45-year old female.

She presented herself to the Asaro Health Centre in Eastern Highlands two weeks ago after developing fever, shortness of breath and body aches.

Mr Manning said the woman's samples were collected last week, sent to the PNG Institute of Medical Research in Goroka, and subsequently the test returned positive.

He said the patient was managed for a week and her condition had improved, but for "quality assurance and best practice" a second test was being done.

In the meantime, contact tracing had begun. Furthermore, the Asaro Health Centre was now locked down for disinfection, while staff had been told to home-quarantine and were being kept under surveillance.

The Eastern Highlands Provincial Health Authority will be taking care of the Asaro Health Centre staff during their lockdown.

Mr Manning, who is also PNG's Police Commissioner, said the local health management authorities were also working with the police to manage any potential social issues arising from the case.

Meanwhile PNG's opposition leader Belden Namah called on the government to lift curfews imposed in Port Moresby and other urban centres because of the coronavirus.

The country is under a state of emergency. Mr Namah has been highly critical of the government's response to the pandemic so far.

In his latest point of concern, the Vanimo-Green MP said the curfew restrictions were unnecessary, alleging that many police officers had been heavy-handed and intimidating in enforcing emergency restrictions on public movement.

Mr Namah said the pandemic was not a law and order issue, adding that the closure of nightclubs and other places of recreation and entertainment should be sufficient to ensure social distancing.

"So I am calling on the government to uplift the curfew immediately and also to ease some areas where the citizens can be able to move freely.

"There is a likelihood of starvation in the towns and cities because we have lost about 10,000 jobs," he warned.