More relief supplies will be sent from New Caledonia to cyclone-ravaged Vanuatu.

The French Red Cross is readying 11.5 tons of supplies in Noumea for shipping on Wednesday to help people in the central islands of Pentecost, Espiritu Santo and Ambae, which were hardest hit by Cyclone Harold.

The consignment will include 1000 tarpaulins, 450 shelter kits and 200 hygiene kits. 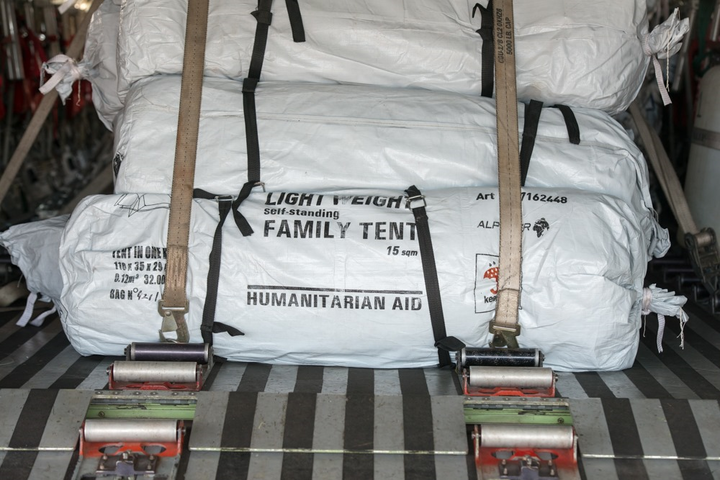 The aid is being made available through the French Ministry for Europe and Foreign Affairs' Crisis and Support Centre.

Earlier, the French military sent a cargo plane with more than two tonnes of emergency supplies from its base in New Caledonia to Port Vila.

Because of the Covid-19 outbreak in New Caledonia, the plane was offloaded by the French crew as to avoid any contact with people in Vanuatu, which had to date no recorded Covid-19 case.

Another five and a half tonnes of emergency supplies were flown frpm New Caledonia to Fiji whose southern islands were devastated by Cyclone Herald.