A group of Cook Islanders returning from the 2020 Golden Oldies World Netball Festival in Hawaii are stranded in Auckland. 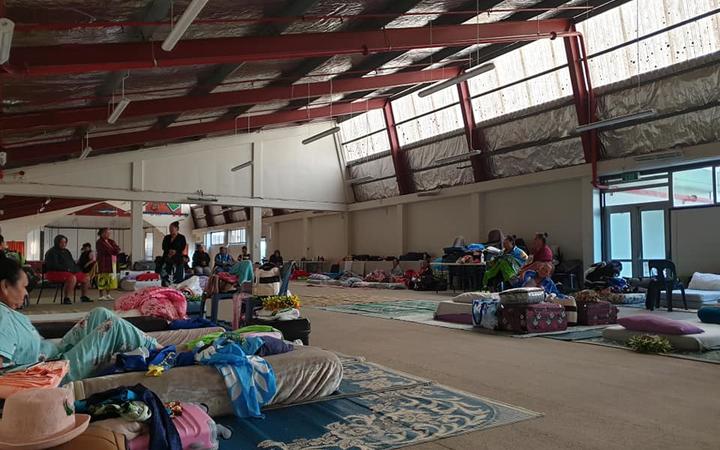 Members of the group in isolation at the Atiu community Hall in South Auckland. Photo: Supplied

True to their name, most of the group are in retirement with a few in their 80's.

Along with a handful of young relatives doubling up as chaperones, they had been in Honolulu for the global festival from 15-22 March.

While in Honolulu, the Covid-19 restrictions saw the festival programme cut to three days from the original seven.

The group arrived from Hawaii into Auckland on Monday night and were isolated on arrival, bypassing waiting families and taken by coach to the Atiu Community Hall in Mangere East.

All have been updated on the New Zealand lockdown and reportedly refused offers of a paid hotel stay because they wanted to be together in group isolation.

While some have Auckland-based families, most of the 38 just want to get home to Rarotonga.

The world netball festival usually draws in thousands of former netballers and fans, but the impact of Covid-19 took many teams out of the tournament. 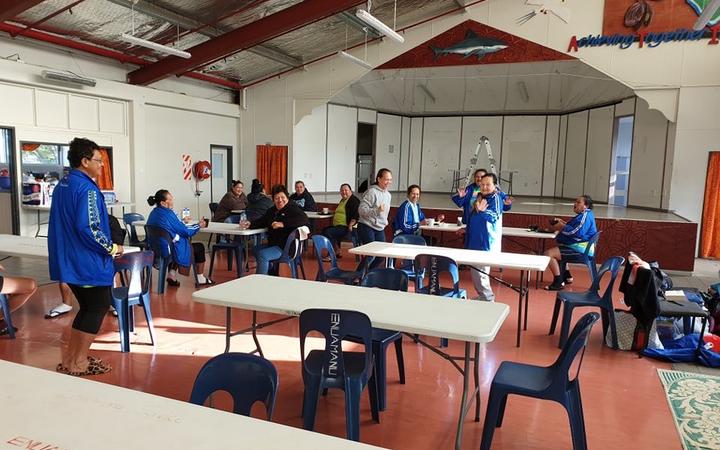 Some of the group members at breakfast. Photo: Supplied

Attendee Selina Patia, of Auckland, accompanied her mum Lily to the festival and said it was definitely a scaled back event, with a noticeable impact on tourism numbers.

Ms Patia said being together was providing the older travellers with a sense of strength.

"Although last night was so hard having to stop them from embracing, greeting and hugging their families. I felt like the bad guy..but I know it must be done for the safety of everyone including the families visiting us."

"One of the greatest things that's been shown within this group is the resilience and the strong faith they have - I'm impressed. They're prepping and ready for self-isolation." 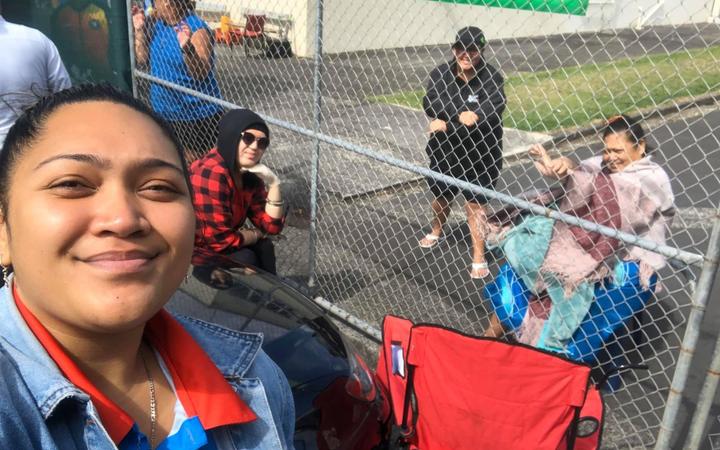 The Atiu community Hall in South Auckland is a popular venue for hosting large family reunions and celebrations, and food, blankets and bedding were already being passed to relatives via volunteers on gate duty.

"The idea today was to be able to give them enough supplies for them to be able to self-functoning…while we are on lockdown - so we are asking families not to come to the hall, their visits won't get them past the gate and they aren't essential services, so should not breach the lockdown," said Wellington-based Cook Islander Thomas Tarurongo Wynne.

Mr Wynne and other NZ-based Cook Islanders have been part of the co-ordinating team stepping in to help get the 'Golden Oldies' home and through their unplanned Auckland stopover.

He said Auckland based non-profit Pacific Homecare was aiming to provide medical visits to the group throughout their stay.

"I think the most important thing is that they are in really good spirits. They are really thankful for the support of many people that have been helping them out," he said.

Despite the sadness of not being able to physically greet their loved ones, they recognised the seriousness of the situation, he said.

"But today, they were in high spirits, they are happy to be together, and were breaking out the ukuleles when I left."

Meanwhile, Cook Islands High Commissioner to New Zealand Elizabeth Wright-Koteka has warned the situation might change, "given things are evolving so quickly".

Her office was seeking clarity on the question of whether the group, having cleared New Zealand customs and as New Zealand citizens, fell under the four week lockdown, which comes into effect at midnight Wednesday or just needed to complete two weeks isolation before returning home.

The Commission has issued a call for other Cook Islanders currently in isolation in New Zealand to register with them. The list has grown to 75 today, including those at the Atiu Community Hall.