Pacific women are still being shut out of the decision-making process when it comes to disaster management, a women's rights advocate says. 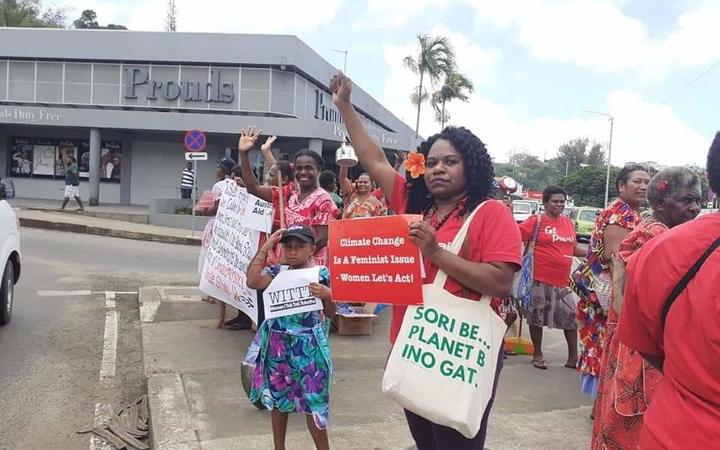 Pacific women take to the streets to be heard. Photo: Supplied

Fiji-based Sharon Bhagwan-Rolls said despite being some of the first responders, women were more often than not regarded as vulnerable beneficiaries in official strategies.

As a result, she said, official decisions failed to factor in the diverse needs and interests of half the region's population.

Ms Bhagwan-Rolls, of the Shifting the Power Coalition, said women across the Pacific were sharing experiences, collaborating and amplifying recommendations for more diverse voices in decision-making at a local and national level.

She said 2020 was an important year as part of the review of the 'Beijing Platform for Action' - a global gender policy document adopted 25 years ago this September.

"But if you track progress here in the Pacific, we are still seeing low numbers in terms of decision-making," she said.

"And not just the number of women elected into Parliament or local government municipal council, but also at the local level where decision-making structures, particularly around disaster management, tend to be relegated to to the men." 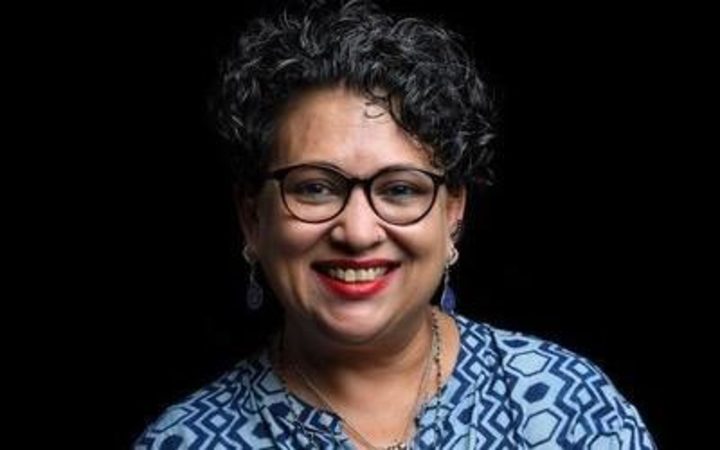 But during cyclones and disasters, women were the first to help their communities organize and their families.

"The system is not always including them in the decision-making structures or you might only have one or two women, and even then sort of relegated to 'okay look, let's look after protection'."

That needed to change, she said, in the support and the resources allocated to support local women leaders to organize and engage in everything - from disaster preparedness and early warning to response and recovery.

Ms Bhagwan-Rolls said women also needed support in building resilience across the communities, particularly with the onset of climate change.

'We're trying to have our voices heard'

Meanwhile, Samoa is recovering from Cyclone Wasi, which hit the country last weekend. Although there were no casualties or major building damage reported, some rivers and roads remained flooded.

The co-ordinator of the Samoa Crisis Center, Taimalelagi Ramona Tugaga, said during such disasters, the voices of women needed to be heard. 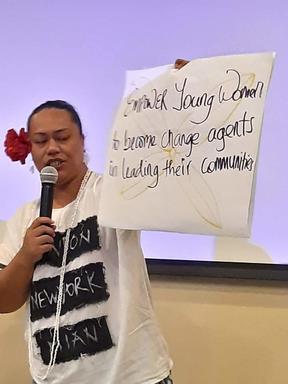 "We're trying to have our voices heard - to make sure that the government knows that this is very crucial to have us in the frontline."

Taimalelagi said Samoan women were already in the frontline of disasters like the recent measles epidemic which claimed 83 lives - most of them children.

In Vanuatu, there are the community climate change and disaster management co-ordinating committees at the local level.

The programme manager of NGO ActionAid in Vanuatu, Flora Vano, said women should also have the right to be a part of the decision-making process.

"The women are doing the cooking and looking after the kids and that's the normal thing around in all the villages. And we want to challenge that.

"We want to make sure that if the men are sitting at the table making decisions, the mothers are also there because they know best what needs to be done."

The last time Vanuatu had a woman parliamentarian was in 1998 and Ms Vano said that needed to change.

ActionAid was working with local women in the TokTok Together Network to support leadership and capacity.

In the Solomon Islands, Ms Bhagwan-Rolls said, they had dedicated spaces for women in their disaster management reform which enabled women to participate in decision-making.

"But it's one thing to have the policy, it's then how does it get localised into practice during disasters?" 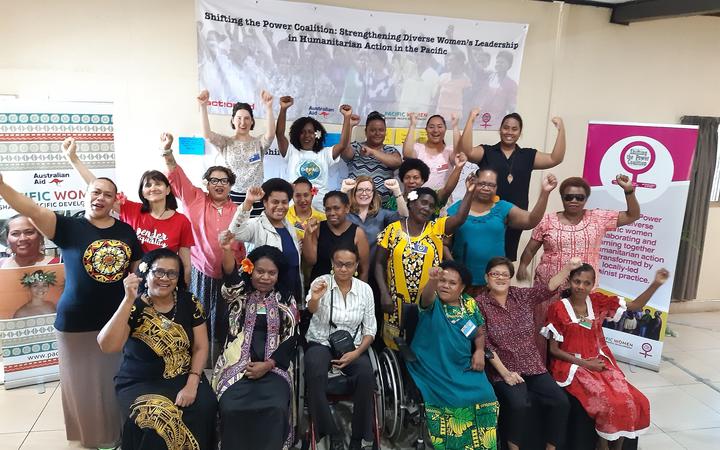 Ms Bhagwan-Rolls said the challenges included taking the "gender equality commitments across into new spaces" that the policy language reflected.

But she said transforming those structures was a barrier.

"And of course, young women and the LGBTQI community think there is a need to do a little bit more transformation work in terms of leadership recognition or the recognition of women's leadership at that local or sub national level because that's where the impact is greater felt.

"This is clearly a way in which we can demonstrate how feminist practice and collaboration shows how resources can reach women in their communities through their networks."