Some residents on the Samoan island of Savai'i are stranded due to rivers flooded by the weekend's Cyclone Wasi.

Although there were no casualties or major building damage reported due to the cyclone, some rivers and roads remained flooded. 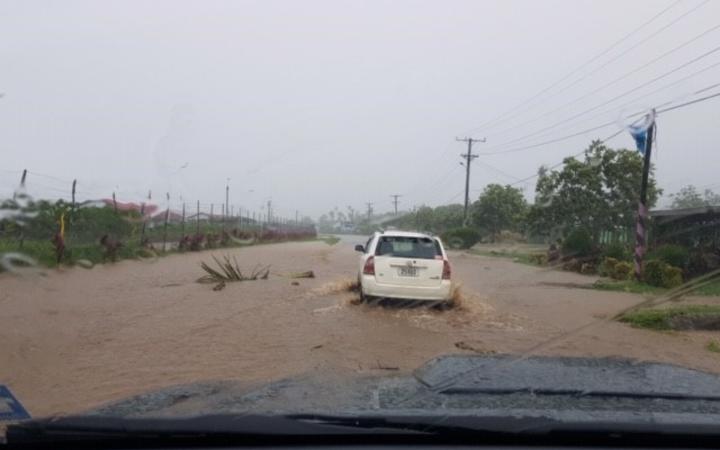 This is road near Faleolo Airport at Satapuala Photo: Samoa Land Transport Authority

Residents from Letui and Aopo - who attended a church gathering at Faletagaloa Safune on Sunday - were stranded and unable to travel home because the water at Sasina Fiord was so high after the heavy rain.

Resident So'oalo Liki Selulo, who was stuck at Samalaeulu on Sunday evening, said it was unsafe to travel across to the other side of the island.

He said people and students would not be able to cross the fiord for work and school today.

The Mali'oli'o River in Samalaeulu is one of the country's most dangerous rivers.

Lives have been lost there when buses and cars have crossed the river in treacherous conditions, triggering government moves to begin to construct a bridge there.

Many rivers and streams on the main island of Upolu have also overflowed.

The road at Satapuala just before Faleolo Airport was like a river yesterday afternoon and the Land Transport Authority cautioned drivers to use care when driving there.