American Samoa appears to have escaped the worst effects of Cyclone Wasi.

Early this morning the category one storm was about 193 kilometres to the southwest of Tutuila with the territory's winds beginning to diminish. 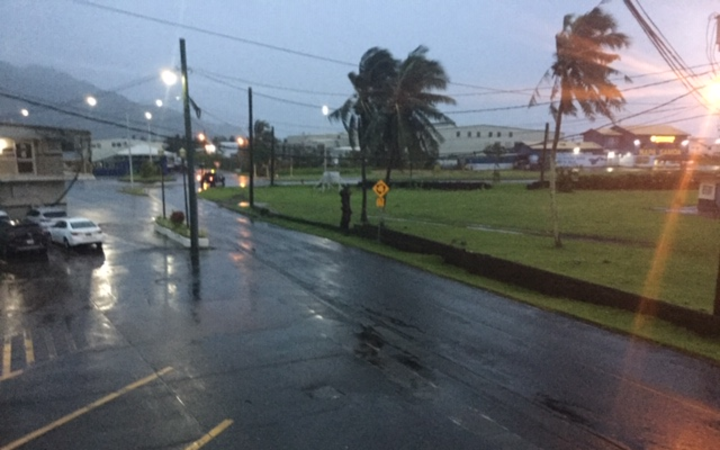 Morning has dawned in American Samoa with no reports of damage yet from Cyclone Wasi Photo: RNZ Pacific / Monica Miller

Cyclone Wasi is moving southeast at seven kilometres per hour.

Close to its centre the system is packing winds of up to 120 kilometres per hour.

There have been no reports of damages overnight.

Scott Rozanski of the National Weather Service said the territory could still expect gusts of up to 72 kmph today.

The main concern is heavy rain which would cause landslides and slips, particularly after so much rainfall over the past week.

Coastal villages have also been told to remain cautious because of high surf.

However Mr Rozanski said at this stage even if Cyclone Wasi reorganised and gained strength it would be quite a distance from the islands to create any greater concern.

Schools and non-essential government services had been closed at the end of last week due to Wasi and a previous system.