A school workbook containing "harmful" messages is being circulated in Fiji's schools, says a local activist.

Roshika Deo said her attention was drawn to the Year 8 Healthy Living Pupil's Workbook when she was helping prepare her niece for the school year.

Ms Deo said she was shocked at the "community expectations" that were contained in the book.

The book said women played a "secondary role" with no decision-making power and should be "passive" to men while not being too outspoken.

It also stated girls should be "interested in [their] looks" and at 15, be married "soon". There was an onus to take care of domestic duties and stay at home.

Ms Deo said young children were being taught that women were sub-standard and sub-human in Fiji schools. 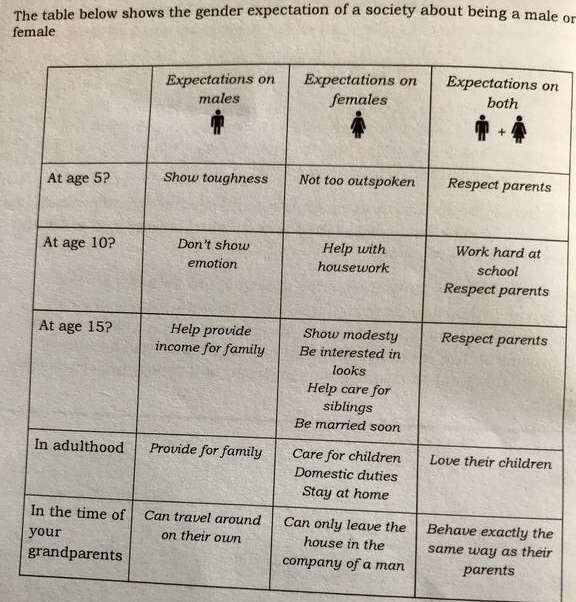 A chart from the Year 8 Healthy Living workbook. Photo: Supplied

The human rights and feminist activist, who has done work across the region, including for Amnesty International, pointed out that research showed a prominent cause of violence against women was gender inequality and unbalanced power relations.

Ms Deo said boys were being told they were superior to girls.

"It leads to male entitlement. Telling boys that they are better than girls, that women and girls have to listen to them, have to adhere to them and if they don't, you have authority to do what you need to do," she said.

Ms Deo has notified the Minister for Women and Children on social media about her concerns.

RNZ Pacific has sought comment from the Ministry of Education and from the Minister for Women and Children, Mereseini Vuniwaqa, but has yet to receive a response.

Earlier this month, Ms Vuniwaqa launched a National Plan to Prevent Violence against Women and Girls describing the country as being in a national crisis.

Last year, 10 women in Fiji died due to domestic violence.

The minister told local media the prevalence of violence against women and girls in the country was among the highest in the world.

Ms Deo welcomed a number of initiatives the government had launched to address the issue but was surprised the 'Healthy Living' material had become part of the curriculum.

"It's get a bit perplexing that if you are going to launch this and you already understand the basic tenets of crime prevention, and if that is the case why are you not already working with the Ministry of Education in terms of reviewing this curriculum because the longer we leave it in there school system, the more harm we are causing."

Ms Deo said it did not matter if millions of dollars of development and government funds were spent on preventing violence against women if young, impressionable minds were given the current material. 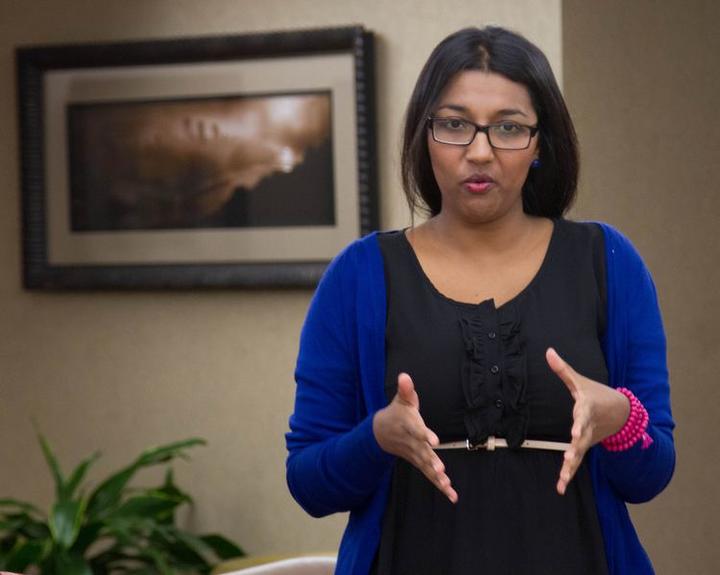 Roshika Deo. Photo: The Bureau of Educational and Cultural Affairs