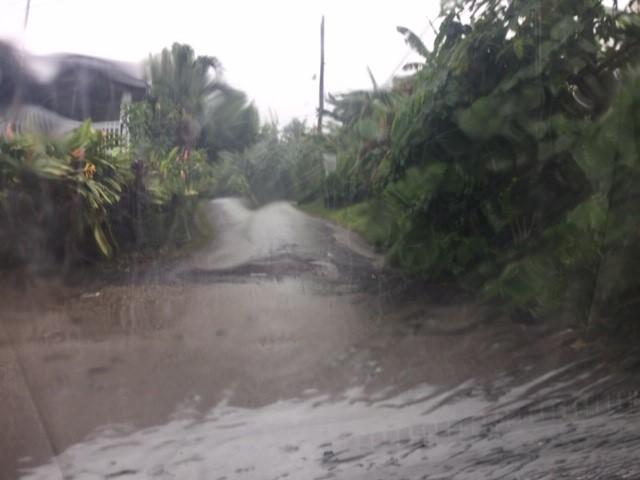 Severe weather that has caused flooding and forced schools to close in both Samoa and American Samoa is easing.

The Samoa Meteorological Service said the tropical depression that brought torrential rain and strong winds since Sunday is now moving away.

Schools remain closed in both Samoas on Wednesday (Tuesday in American Samoa) as damage assessments are carried out.

In American Samoa, airports remain shut and authorities are rushing to restore power on the main island, Tutuila.

The government has chartered a ship to carry supplies to the outlying Manu'a islands, which are reported to have been severely affected.

(The next severe weather information will be issued at 5:00pm this evening) pic.twitter.com/8kA49Tkz2B

Meanwhile, the Cook Islands government has declared a civil defence emergency and closed all schools on Rarotonga due to severe weather associated with a tropical disturbance in the area.

The Cook Islands News reports the seawall road has also been closed because of large waves.

Pupils have been are asked to stay home and stay safe, but teachers and other staff are reporting to work for further instructions.

A gale warning is in force for the southern Cook Islands and people have been told to expect heavy rain and squally thunderstorms.

People on the coast also been warned of damaging heavy swells.