Lae City have taken control of Group B in the OFC Champions League football competition after a crushing 7-0 win over Lautoka FC in Luganville.

Raymond Gunemba, Nigel Dabinyaba and Emmanuel Simon all bagged a brace of goals for the PNG National Soccer League champions on Tuesday, who scored four goals in a 10 minute period to take a 5-0 lead into the interval, with Obert Bika also finding the back of the net in first half stoppage time. 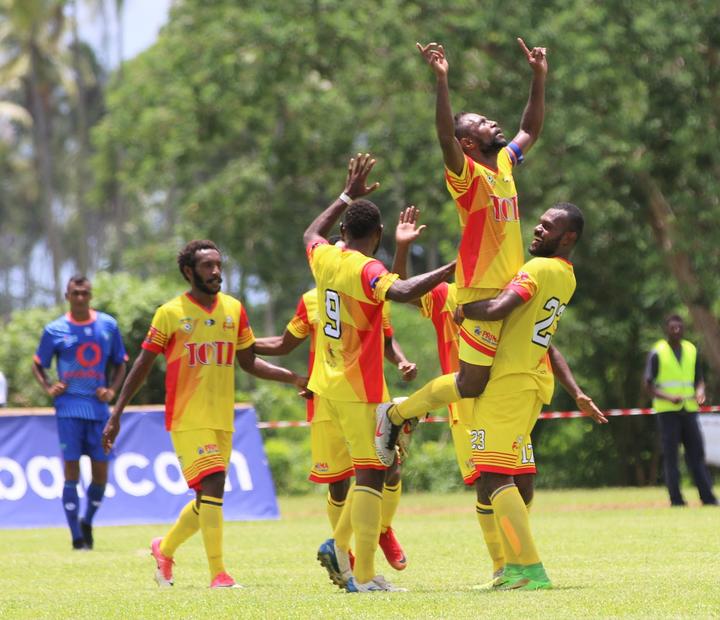 Lae team manager John Golupau said the result was a big improvement on their 3-3 draw with Henderson on Saturday.

"In the first game we made a lot of mistakes that we worked on in training," he said. "We came into this game well prepared." 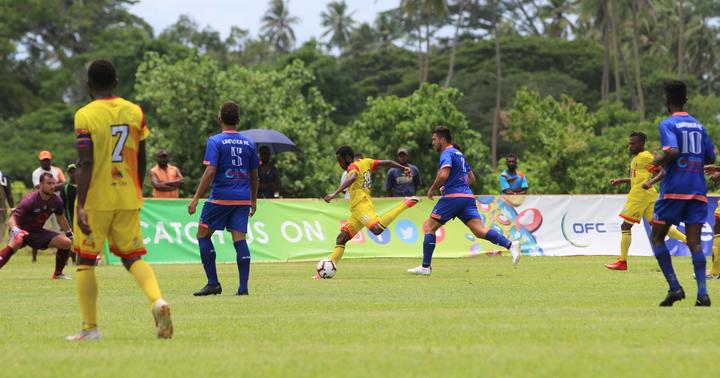 "In the first half we fell short in our defence then we gave some easy goals away," he said.

Captain Edwin Bai had given the home side the lead in the fifth minute with a clinical chip finish over the goalkeeper.

Joses Nawo equalised for Henderson shortly before halftime before putting the free-flowing Eels in front with a deft header in the 80th minute, only for super-sub Armando Ravo to respond from close range six minute later to keep the home side's campaign alive. 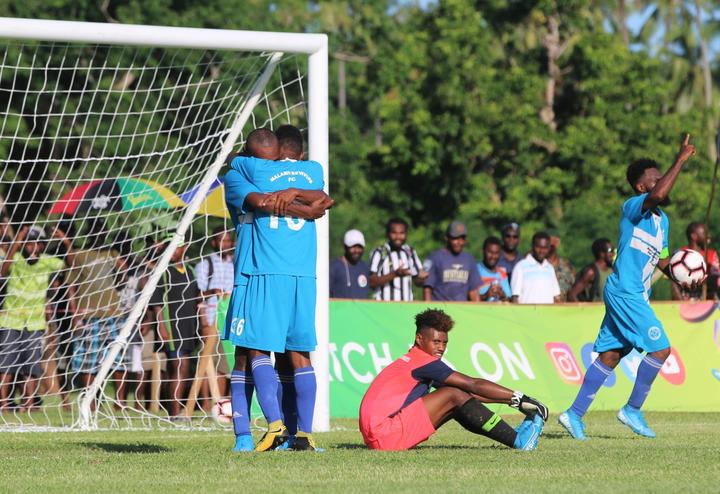 "The thing we do well is our strength; we have strength," Malampa coach Steve Varegali said.

The late scratching of Henderson Eels skipper and defensive linchpin Boni Pride due to a hamstring injury proved a major blow for the Solomon Islands side, who have now conceded five goals in two group games.

Eels coach Eddie Marahare admitted the result was a blow but said they still are still in a good position to advance to the knockout rounds.

"In terms of qualification for the quarter-final stage, we still have a chance to try in our final game," he said. 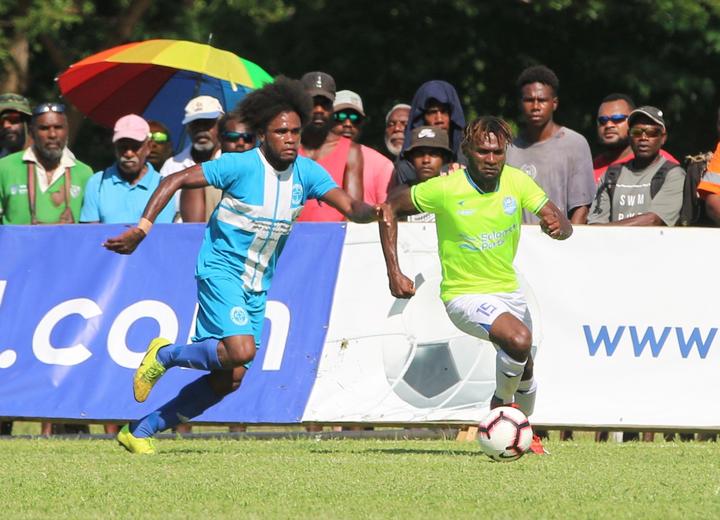 Joses Nawo scored in either half. Photo: OFC Media

Lae City sit atop Group B with four points from two games, two clear of Henderson Eels and Malampa Revivors, with Lautoka a further point adrift with a round to play.

The PNG side's sizable goal differential means a draw in Friday's final round match against Malampa should be enough to secure top spot in the group and a home quarter-final, while Henderson will be chasing a big win against Lautoka, who need to win and hope Lae City avoid defeat.