Fiji's meteorological service is predicting a tropical disturbance to the west northwest of the country will develop into a tropical cyclone. 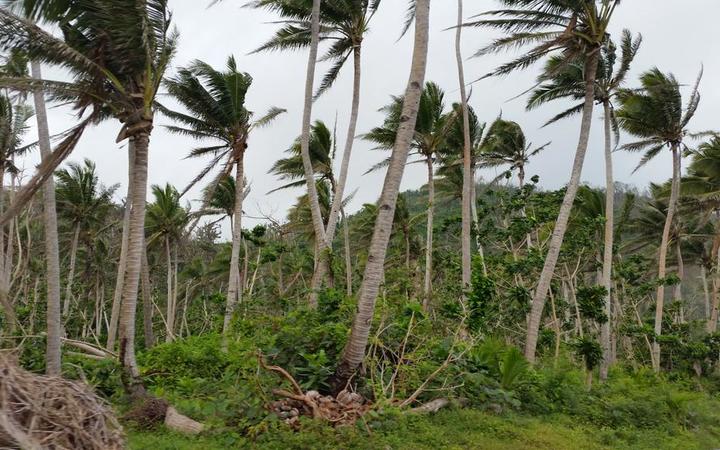 The tropical disturbance was more than a 1300km from Fiji early this morning and moving in a south-easterly direction.

Misa Funaki, who is the director the Fiji Met Service, said it was unclear how strong the cyclone might become, with various models ranging in intensity from category one to three.

"It's very slow moving as we speak and still weak and disorganised, in terms of the centre, but we are expecting it to develop into a tropical cyclone in the next two days or so and then the system is tracking in a general southeastern movement, tracking it towards Fiji."

A Heavy Rain Alert is now in force. pic.twitter.com/DSIqiuZdy4

Yesterday, Tonga's meteorological service warned this month could see at least one cyclone develop over the southwest Pacific, which could eventually impact the kingdom.

The office said during every cyclone season there were active periods, the last one seeing the formation of Cyclone Sarai over the new year break.

Sarai, which was downgraded to a low pressure system, caused minor damage on Tonga's main island, Tongatapu, with some flooding in areas with poor drainage, fallen power lines, and flattened vegetation.

The Met Service said the next active period started today and warned that a threatening tropical depression was forming between Solomon Islands and Vanuatu, which had the potential to develop further.

Tonga should prepare for a cyclone this week with an "85 percent chance" of it becoming severe, it said.

National Weather Service director Samuel Maiha told the Post Courier that PNG was being affected by the northwesterly monsoons.

What had manifested as bush fires in Australia could well bring very heavy rain, flooding and landslides to PNG, particularly over its islands region.

Mr Maiha also said sea conditions around PNG were favourable for the formation of cyclones.